Home Feature Stories Just What Is Warren Buffet and the Fed Seeing To Make Them... 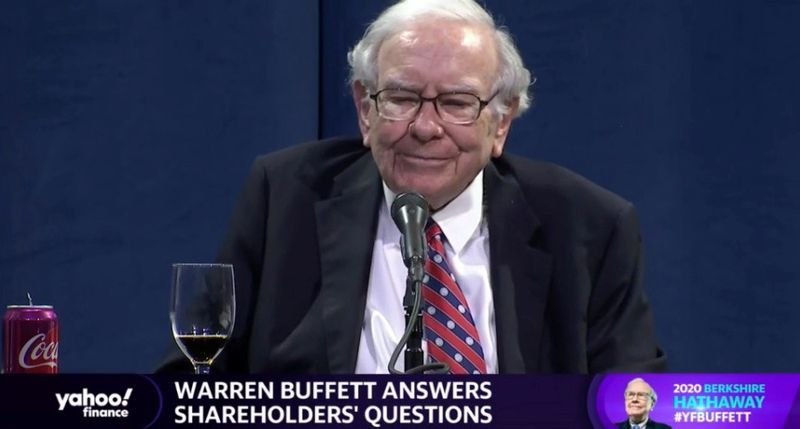 The US is lurching towards an economic catastrophe.

If you’ve been paying attention, over the last few weeks there have been several LARGE “tells.” Those tells were two of the BIGGEST cheerleaders for stocks in history, Warren Buffett and the Fed, getting EXTREMELY bearish.

First and foremost, Warren Buffett, the man who famously stated that he likes to own companies for a long-time, ideally “forever,” has begun dumping huge quantities of stocks.

All told, Buffett sold 21 stocks worth over the last four months. He’s unloaded large portions of his holdings in Goldman Sachs, JP Morgan, and other large banks, as well as multiple airline stocks, pharmaceuticals, and energy stocks.

The media claims Buffett is doing this because he wants to make sure he owns less than 10% of these companies, but when do you remember Buffett ever unloading so many stocks worth billions of dollars in such a short period?

On top of this Buffett didn’t use the March meltdown to load up on investments.

Put another way, during the largest market collapse in years, at a time when many businesses were on sale, Buffett didn’t buy anything (he sold the airlines stocks he tried to buy) but rather chose to start unloading several of his largest positions?

Whatever Buffett is seeing in the economy that is making him do this… it’s NOT good.

Then there’s the Fed.

Get a LIFETIME Subscription to All Of Our Products For Just $2,500

An annual subscription to all of our current newsletters costs $1,500.

But today, you can get a LIFETIME subscription to ALL of them, along with every new product we ever launch, for just $2,500.

Today is the last day this offer is available.

To lock in one of the remaining slots…

For decades now, the Fed has been a cheerleader for the economy and stocks.

Indeed, it is extremely rare to find the Fed ever issue a gloomy view of the economy or markets. Which is why it’s astonishing to see the Fed making statements that you would expect from a raging bear.

1)    The US is facing its biggest economic shock in living memory (this would include the Great Financial Crisis), an economic downturn which Powell says is “without precedent.”

2)    The depression/recession in the US could stretch through the end of NEXT year (2021).

When do you ever remember hearing a Fed chair say anything like this? Typically, the head of the Fed issues statements that understate the severity of a risk (remember Bernanke saying the subprime crisis was “contained”?).

And yet, here is Jerome Powell saying that the US economy is in its WORST collapse ever, that it could last through the end of 2021, and that the stock market could crash.

And this is AFTER the Fed has spent over $2.7 TRILLION propping up the markets in the last two months. Just how horrific is the economy that Powell is saying this stuff after the Fed began buying assets in:

2)    The municipal bond markets (debt issued by states and cities).

5)    The asset-backed security markets (everything from student loans to certificates of deposit and more).

Between Warren Buffett and Fed Chair Powell, we’ve got two of the biggest stock cheerleaders in history, issuing some truly horrific stuff.

Again… just how bad are things that these two individuals are acting this way?

On that note, if you’re worried about weathering a potential market crash, we’ve reopened our Stock Market Crash Survival Guide to the general public.

Within its 21 pages we outline which investments will perform best during a market meltdown as well as how to take out “Crash insurance” on your portfolio (these instruments returned TRIPLE digit gains during 2008).

Today is the last day this report will be available to the public.

To pick up your copy of this report, FREE, swing by: