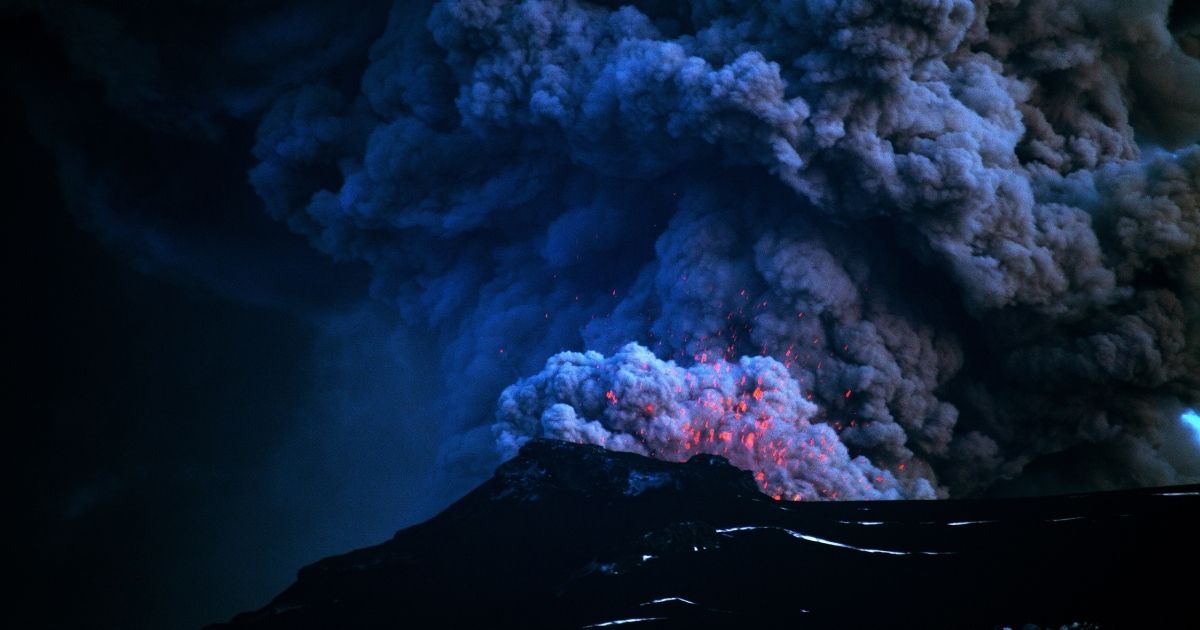 With 2020 winding down, many have been anxious to put to bed COVID-19, wildfires, hurricanes, earthquakes, “murder hornets,” riots, attacks on police officers, unemployment and other natural and man-made disasters.

Many are also feeling the squeeze of the worldwide coronavirus lockdowns, which have had detrimental economic and mental health-related effects.

Will history however, show 2020’s catastrophic events to be just a blip on the radar screen of time’s infinite continuum? Or could 2020 perhaps stack up to 536 A.D., which one expert believes may have been the worst year on record.

“It was the beginning of one of the worst periods to be alive, if not the worst year,” Harvard University historian Michael McCormick told Science Magazine in 2018, referring to the year 536 in Europe.

A chain reaction of natural disasters was part of the year’s events. (And that doesn’t even taken into account the “Justinian” plague that wiped out between a third and half of the Eastern Roman Empire’s population starting in 541 A.D.)

According to Science Magazine, a then-mysterious fog darkened skies across parts of Asia, Europe and the Middle East, shrouding the sun for 18 months and keeping summer temperatures unusually low: “Temperatures in the summer of 536 fell 1.5°C to 2.5°C, initiating the coldest decade in the past 2300 years.”

The frigid weather delivered snow that killed off crops — and in turn people — in China, Ireland, Mesopotamia and Scandinavia. It was this cold snap, which stretched until 545 A.D., that has marked the time frame as the “coldest decade on record in 2000 years,” Science reported.

One of 536 A.D.’s chilly weather culprits was a heat source, according to Paul Mayewski, a glaciologist with the Climate Change Institute of the University of Maine.

Mayewski’s team, which McCormick co-led, reported during a 2018 seminar at Harvard that the ash from the eruption of a volcano in Iceland, compounded by two subsequent eruptions within the following 11 years, created both physical and figurative darkness through the next century.

Michael Sigl of the University of Bern agreed with Mayewski’s findings about these volcanic explosions triggering cold summers, finding patterns that have evidenced similar connections in weather history during the last two millennia.

Backing their findings, Mayewski and his team uncovered volcanic matter that they believe drifted from Iceland to the Swiss Alps.

The team’s glacial discovery also literally unearthed an optimistic clue to an upturn in Europe’s economy following the natural disasters.

That treasure was the lead pollution encased in ice, suggesting an uptick in silver production. Silver became a part of the comeback story for the European economy more than a century after the disasters first struck.

The world and the United States are already starting to see their own silver linings emerge before 2020 has even come to a close.

The U.S. Department of Labor, for instance, reported earlier this month that new weekly unemployment claims dropped to their lowest level since March.

Some aspects of the pandemic, however, cannot be measured by statistics.

Random acts of kindness that may have been performed during the 536 A.D. tragedies have been lost to time, but in 2020, the current-day accounts have already made history.

Then there were the numerous selfless efforts to give back to police officers, who suffered because of the alleged actions of a few in George Floyd’s death. Many restaurants, individuals and churches have paid it forward for police with recognition, meals and even local fundraisers.

Lastly, just as there was following the horrors of the sixth century, a precious metal has been predicted to help save the day.

Though it took over 100 years for silver production to restart the medieval economy, only a couple of weeks before COVID-19 peaked in most locations, it was already forecast that gold may help the U.S. to economically rebound into the future.