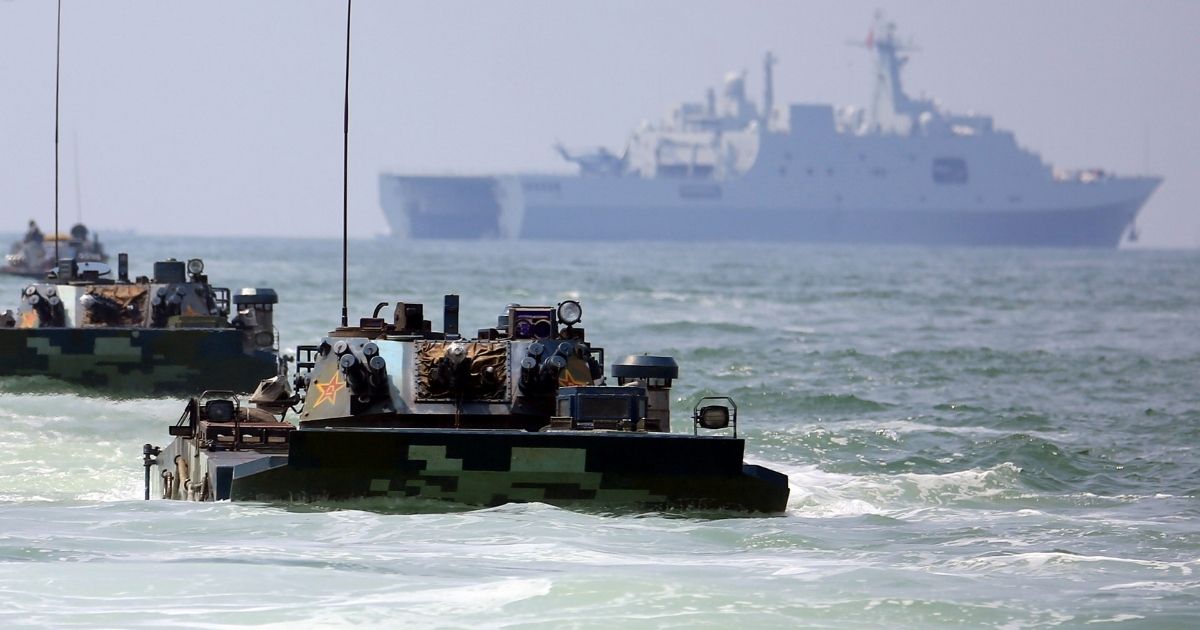 An elite amphibious assault unit of China’s People’s Liberation Army has been told to prepare for war by the country’s highest official.

Chinese President Xi Jinping made the comments Tuesday as he inspected troops at a base in Chaozhou, China, according to a release from the country’s Ministry of National Defense.

The base houses amphibious troops of the People’s Liberation Army Navy Marine Corps.

According to the ministry’s release, Xi considers the Chinese marines to be an elite amphibious combat unit saddled with the duty of protecting the nation’s interests at home and abroad.

And naturally, these elite troops are expected to live and die for the Chinese Communist Party.

Taiwan News reported that Xi reminded troops of the CCP’s “absolute leadership” over the country’s military.

Xi told the elite troops to “focus your minds and energy on preparing for war and maintain a high state of alert.”

This aggressive rhetoric is no doubt directed toward the Republic of China, which has most of its military force sheltered on the island of Taiwan some 100 miles from the communist-controlled mainland.

Will China move against Taiwan within the next year?

Marines from the People’s Republic would likely play a major role in any military engagement between the two nations.

The fierce order from Xi follows an apparent communist arms buildup on the Taiwan Strait, hinting that these marines could get a taste of military action soon.

As recently as August, amphibious assault armor and gear was being massed near the strait.

Bringing the island of Taiwan into the fold of greater China has long been a goal of the People’s Republic.

Despite the mainland vastly outnumbering Taiwanese forces, a partnership with the United States means the island could likely hold its own against waves of communist forces.

As the world turns on the People’s Republic of China after the coronavirus sprang from the country under suspicious circumstances, more global players could support Taiwan in the event of a military clash.

For the Chinese marines addressed by President Xi, fighting in a clash between the two Chinas is a very real possibility.

While it remains to be seen whether these amphibious troops truly are the elite combat units Xi thinks they are, there’s little doubt that they are preparing for military action.