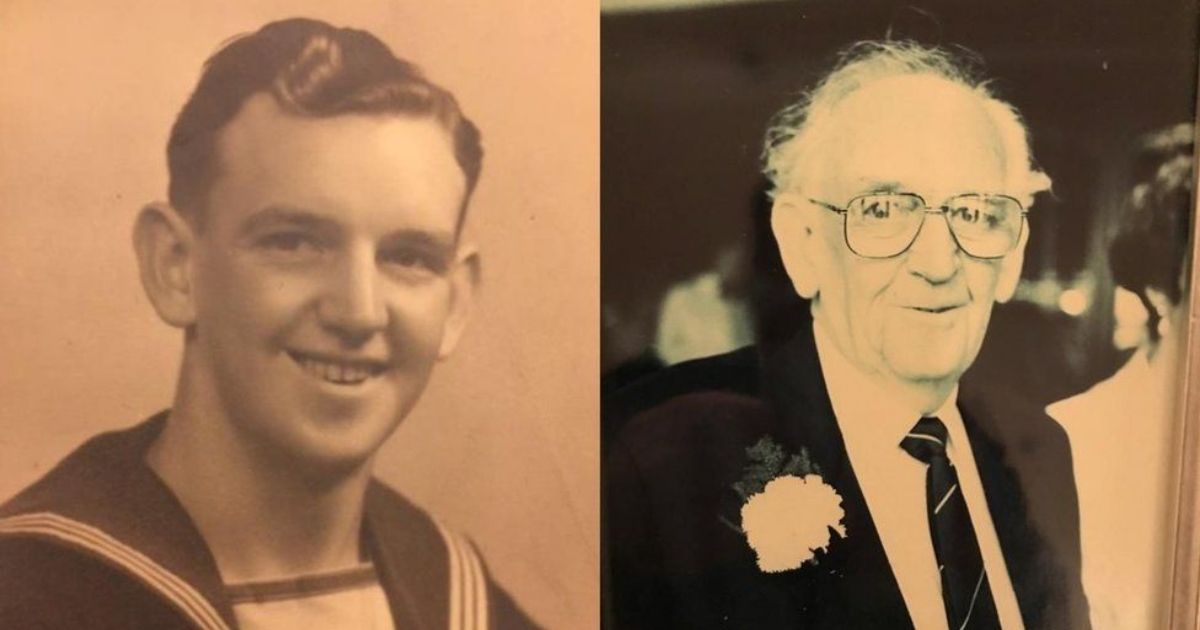 In 1943, Bill Caldwell was finally able to join the Royal Navy. It was a goal he’d been set on since his early teens, and he’d tried to join three years earlier but was refused.

To celebrate his accomplishment, he wrote a postcard to his Uncle Fred in Liverpool. According to the BBC, the postcard was stamped “Post early in the day,” but in a strange twist the card was not received until 77 years later.

“Well I am in blue at last,” the postcard reads. “I did not think it would be like this — you don’t get much time for yourself, do you?

“But I like it alright. I will write a letter to you all when I get half a chance so will you hold on a bit? I have 19 weeks here yet.

“Give my love to everyone. Love, Bill.”

Caldwell has been gone for over two decades now, and the letter had never surfaced. But in February, it appeared at Uncle Fred’s address.

Uncle Fred has also been dead some time, but the house remains in possession of a relative, Jack Eloma, who was able to contact Caldwell’s children to let them know of the strange card he’d just received.

“On Friday night we were in our family WhatsApp group and my sister Jane forwarded a message from my cousin Dan,” one of Bill’s children, Elizabeth, said, according to the Leicestershire Mercury.

“She was just staggered by what she saw. Dan’s stepson still lives in the house we grew up in. He had received in the post that morning this card from my dad so there we were reading a message that my dad had written nearly 78 years ago. We were just thrilled.

“My dad died over 20 years ago in 1996 and he loved to tell stories but he didn’t write. My mum wrote letters and postcards but Dad never wrote.

“To get this little message from my dad felt like a really special thing for us all.”

Another daughter, Joanna Creamer, said that the experience was “surreal.”

“It was the most surreal thing on a Friday night to suddenly read a postcard that Dad had written 77 years ago when he was training to be a sailor in the Navy,” she said, according to the BBC.

As to how it took so long to reach its destination, “likely it was put back into the postal system by someone recently, rather than being lost or stuck somewhere in the network,” according to a Royal Mail spokesperson.

“It’s a crazy story and it’s hard to believe,” Elizabeth admitted — but they have the proof in their father’s own handwriting, a little piece of history to remember him by.