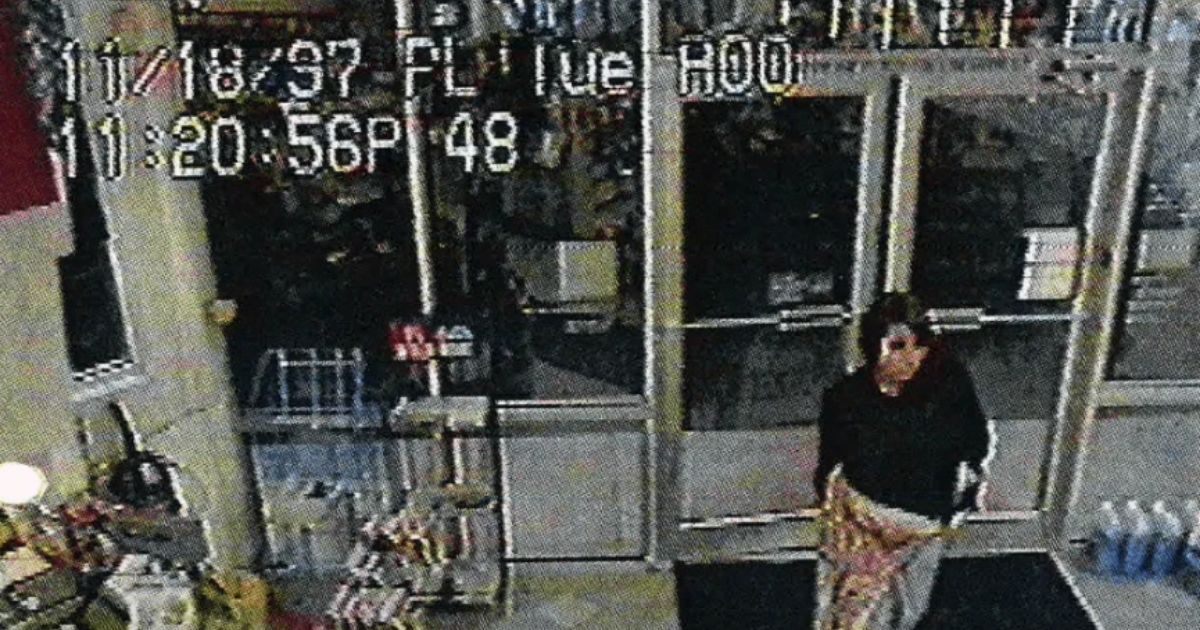 Anyone who has watched crime shows knows the significance of DNA evidence.

Murder mysteries go unsolved for years, only to be cracked based on a snippet of physical evidence years later.

The same type of evidence just led to a charge in a 1997 murder case.

According to KING-TV, police arrested 50-year-old Christine Warren of Seattle earlier this month and charged her with second-degree murder after collecting an incriminating saliva sample from the envelope of a fake survey mailed out by detectives late last year.

The evidence linked her to a November 1997 case involving the death of a newborn infant whose remains were recovered in a gas station restroom’s garbage can.

Police retrieved some of Warren’s DNA from the scene along with security camera footage, neither of which were conclusive enough to lead to an arrest at the time, KING reported.

In 2018, however, detectives used a placental blood clot recovered from the newborn for further investigation, according to People magazine.

Detectives submitted the clot to a private lab for genotyping. The lab then used the public genealogy site GEDMatch to collect intelligence on individuals related to the baby’s mother.

With enough evidence to pinpoint a suspect, detectives last November mailed out a fake beverage sampling survey to Warren with instructions to return the survey to a P.O. Box rented by detectives.

The case further unraveled the following month as officials at the Washington State Patrol Crime Lab matched Warren’s saliva sample to the placental blood clot retrieved from the 1997 crime scene, according to KING.

Ironically, this woman might have lost her freedom in pursuit of a free gift card.

And it appears greed got the best of her.

When investigators interviewed Warren in early March of this year, she admitted she had given birth to the baby under unfortunate circumstances and abandoned the newborn in the place of the discovery, KING reported.

Warren described how tragic her unplanned pregnancy was, claiming the baby’s father reacted negatively when she told him the news and that she had sought no medical care and kept her pregnancy a secret as a result.

On the night her baby was born, according to court documents per KING, Warren said she was riding in a friend’s car when she started having cramps.

She asked the friend to stop at a gas station, and she headed into the restroom and delivered the child there.

According to KING, Warren told authorities the baby dropped into the toilet, where she left him for several minutes and then panicked and put the newborn in the garbage can, covering the child with debris.

Warren said she didn’t think the baby was alive then even though she never checked his vital signs.

Her alibi proves terrible in light of the evidence presenting her as a dismissive mother, pointing to a child thrown away and covered in garbage.

Ironically, the same greed that led her to allegedly commit this crime also led to her downfall years later.

Warren now sits in King County Jail on $10,000 bail. She is scheduled to enter a plea on Monday, according to KIRO-TV.

If convicted of second-degree murder, she faces a sentence of 10 to 18 years in prison, People reported, citing charging documents.

After all of the peculiar developments that have shaped this case, it’s ironic that DNA retrieved from a fake survey envelope led to her arrest.

Hoping for some free swag, this woman might have just lost her freedom.

Warren’s case isn’t the first aged incident to be cracked by DNA developments, however.

In 2018, NPR reported on the arrest of Joseph James DeAngelo, more famously known as the ”Golden State Killer.”

The serial rapist and killer who terrorized the Sacramento area during the late 1970s and ’80s met his downfall after police retrieved his DNA sample from a discarded item and investigated potential suspects using a genealogy site.

So, in light of DNA advancements, is anyone capable of completing the perfect crime or series of crimes?

It seems that injustice will always come to light.

Advancements in genetic technology are proving that evil people will someday answer for their offenses, regardless of what they believe.

The advancements provide a sense of security for all of us, giving us hope that future developments could resolve mysteries that linger and provide closure for families affected during painful criminal investigations.