Home Daily News Woman Shows Up at Door Ready to Move Into Rental, but It... 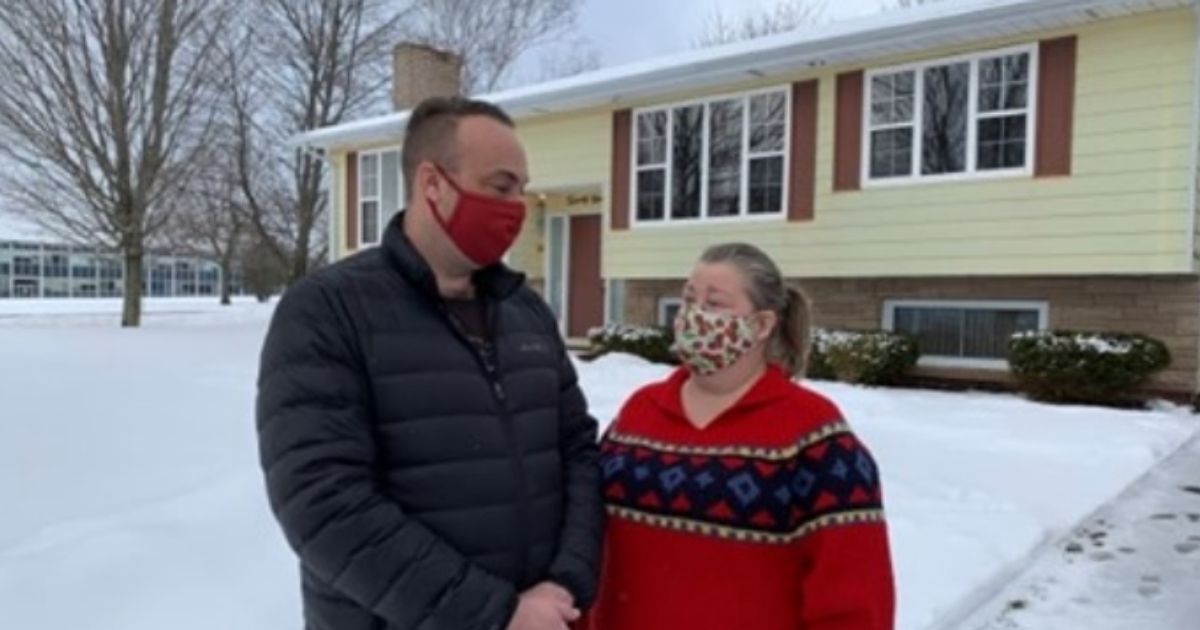 Recently, a woman arrived at a house ready to move in. She’d paid the first month’s rent as well as a deposit, totaling 2,200 Canadian dollars (about $1,700).

She’d found the home listed online for rent, communicated with listers Sabrina and John and had all the details worked out.

When she got to the property on the small Maritime province of Prince Edward Island, she thought it was odd that the home she was renting had a “For Sale” sign in front of it, so she called the number of the real estate agent on the sign.

That’s when she discovered that the house wasn’t for rent, and it wasn’t owned by Sabrina and John. It was owned by Bryan and Kim Burt, who had never heard of her and were just as shocked as she was when they heard her side of the story.

“I had no idea this happens,” Bryan Burt told CBC.

“It’s happening and you have no clue it’s happening unless you’re Google-searching your property for some reason,” he said.

The Burts own the home but live elsewhere, so the house was empty. After the awkward and expensive ordeal, Kim Burt posted to the Ask PEI group to warn others of what they’d experienced.

“A couple weeks ago our property located on Enman Crescent in Charlottetown was advertised on Craigslist as being available for rent,” she wrote. “The lessor was someone using the names Sabrina and John.

“Ironically our oil delivery person’s daughter was hoping to rent the property but he knew we were selling it so he wanted to confirm some things as he didn’t believe the property was actually for rent (he had just delivered oil that week while we were there.)

“We were able to find the ad on Craigslist and reported it to Craigslist as well to Charlottetown Police Service, Officer Tyler Shea. He filed a report with us but mentioned these scams are hard to track as the scam artists are able to have their phone numbers bounced from one tower to another.

“Long story short, one person has already been roped in as a result of this scam; she’s moved boxes into our shed and locked it. She also sent $2,200 to the scammers who happen to be still using the names John and Sabrina.”

After the couple informed authorities of the incident, they were told that this scam is nothing new. Others have fallen victim to similar ploys and ended up out a significant amount of money.

“Don’t send someone money without seeing them in person,” Bryan Burt advised. “If they can’t show you pictures of the inside or meet to see the inside, it’s definitely too good to be true.”

RELATED: Health Scammers Prey on the Elderly, Here’s How To Better Protect Yourself

But sometimes scammers are even more devious than that. One family in Fresno, California, got scammed out of even more money in December after the scammer gave them a tour of the home they wanted to rent.

The lister met them at the home, gave them a tour, provided ID and gave them a key. When the family revisited the house a few days later to find it was being lived in, the lister’s number had been disconnected and they were out $2,500.

“You gotta do your homework,” Fresno Police Lt. Mark Hudson told KMPH-TV. “If it’s a homeowner or someone like that, ask for references like other tenants who have been there before. Ask for them, and how the rental agreement went with them before you rent.”

Both of the scammers in these stories used Craigslist. Hudson recommends using real estate companies or property management firms to find a rental to avoid situations like these prospective renters faced.