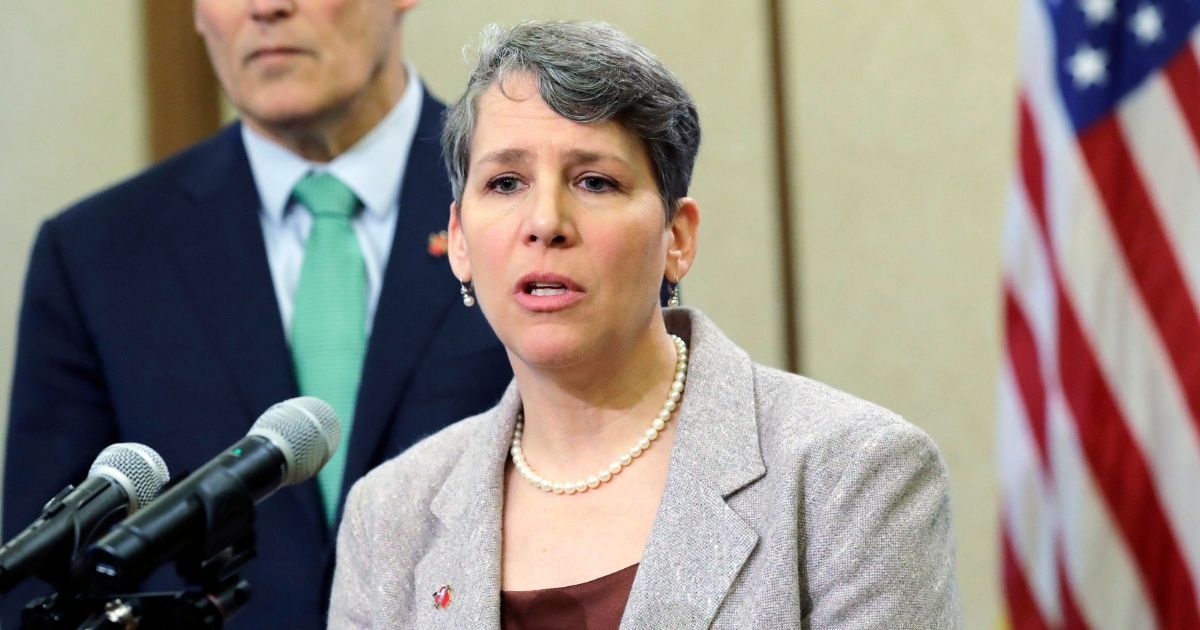 Tales of Nigerian scammers are so baked into internet culture that one wonders why they still identify as Nigerian in emails. It turns out there’s a reason, and it’s not that the scammer is incompetent. It’s that they hope you are.

From Microsoft Research: “Far-fetched tales of West African riches strike most as comical. Our analysis suggests that is an advantage to the attacker, not a disadvantage. Since his attack has a low density of victims, the Nigerian scammer has an over-riding need to reduce false positives. By sending an email that repels all but the most gullible, the scammer gets the most promising marks to self-select, and tilts the true to false positive ratio in his favor.”

You can allow yourself a possibly guilty chuckle, then, that likely Biden appointee Suzi LeVine had her government department taken for hundreds of millions of dollars by Nigerian scammers.

LeVine is the departing head of Washington state’s Employment Security Department, according to The Seattle Times. She’s supposed to be moving on to be the interim assistant secretary of the Employment and Training Administration in Washington, D.C., a Labor Department position that oversees the processing of unemployment claims.

LeVine’s move brings up a few issues. She and her husband were heavy contributors to President Joe Biden’s 2020 campaign, leading to the usual questions about donor appointments. Washington state’s Employment Security Department had a poor record of responding quickly to media requests under LeVine and there was “continued criticism of the ESD’s response to pandemic-related job losses,” The Seattle Times reported.

I could crack wise on this being the perfect appointment for the Biden administration, but I’d instead like to save my wisecracks for the fact that $600 million disappeared from the Employment Security Department’s coffers in a massive fraud operation last spring during the first major spate of COVID-related unemployment claims.

According to Fox News, over 122,000 fraudulent unemployment claims were lodged by Nigeria-based scammers. No, these weren’t the kinds of scammers who promise you, in badly misspelled emails, that you were recommended as a trustworthy intermediary by a third party and if you’ll only give them your bank account details, they’ll forward you $1 million for transferring another $20 million through it.

The Washington state claims, according to Fox, “were believed to be linked to a well-organized Nigerian fraud ring using identities stolen in prior data breaches, such as the massive 2017 Equifax breach. More than 122,000 fraudulent claims made in the state siphoned off the cash.”

Using stolen personal data, the scammers lodged fake unemployment claims buried in the mountain of legitimate claims that hit as the pandemic led to stay-at-home orders.

Should the scammer scandal disqualify LeVine from handling huge amounts of taxpayer money?

A December report from state auditors found that a software system that was supposed to red-flag potentially fraudulent unemployment claims wasn’t working for the first few months of the coronavirus pandemic.

“By the time it was repaired in May, a large number of fraudulent transactions had already occurred,” the audit reported, according to The Seattle Times.

In public statements, LeVine seemed to welcome the audit.

“What this audit does is it confirms that the things that we’ve done have been the right things to do,” she said just prior to the audit’s release.

“We so appreciate the feedback and we know there’s more feedback coming that we also look forward to getting, so that we can continue to improve.”

RELATED: Democrats Now Pushing to Commute the Sentences of Every Death Row Inmate

Lest you get the wrong idea, however, the LeVine’s department didn’t respond in a timely manner with information the auditors requested.

It got bad enough that Washington state Auditor Pat McCarthy wrote an October memo to LeVine, a fellow Democrat, in which McCarthy complained that LeVine had placed “significant constraints” on her office’s audit and threatened to report “management interference” as a reason why certain audits weren’t completed.

Auditors shouldn’t have been shocked at the noncooperation. Sample this Seattle Times headline on an article about LeVine’s department: “Reporter’s notebook: I waited 219 days for Washington’s unemployment agency to turn over basic public records.”

Also amusing: Two days before the release of the audit, LeVine’s department also posted an update on its website that substantially increased the number of fraudulent claims it reported to have been filed, a move McCarthy described as “not normal.”

Washington wasn’t the only state hit with fraud issues during the early days of the pandemic, it’s worth noting. (California saw at least $11 billion paid out in fraudulent claims; that’s 10 percent of the state’s outlay during that period, according to KCRW-TV, and it could go higher than that.)

However, Washington was the only state with a broken red-flag system and serious, systemic responsiveness issues. LeVine is now going to be tasked with a job overseeing the Employment and Training Administration. At about $9 billion in spending a year, according to The Seattle Times, it represents roughly 75 percent of the federal Department of Labor’s discretionary budget.

At least for right now, LeVine’s appointment doesn’t require congressional approval. If she wants to take the “interim: off her title, however, she’d have to be approved by Senate vote. You can almost imagine there are some Nigerian scammers out there that hope it never comes to that.