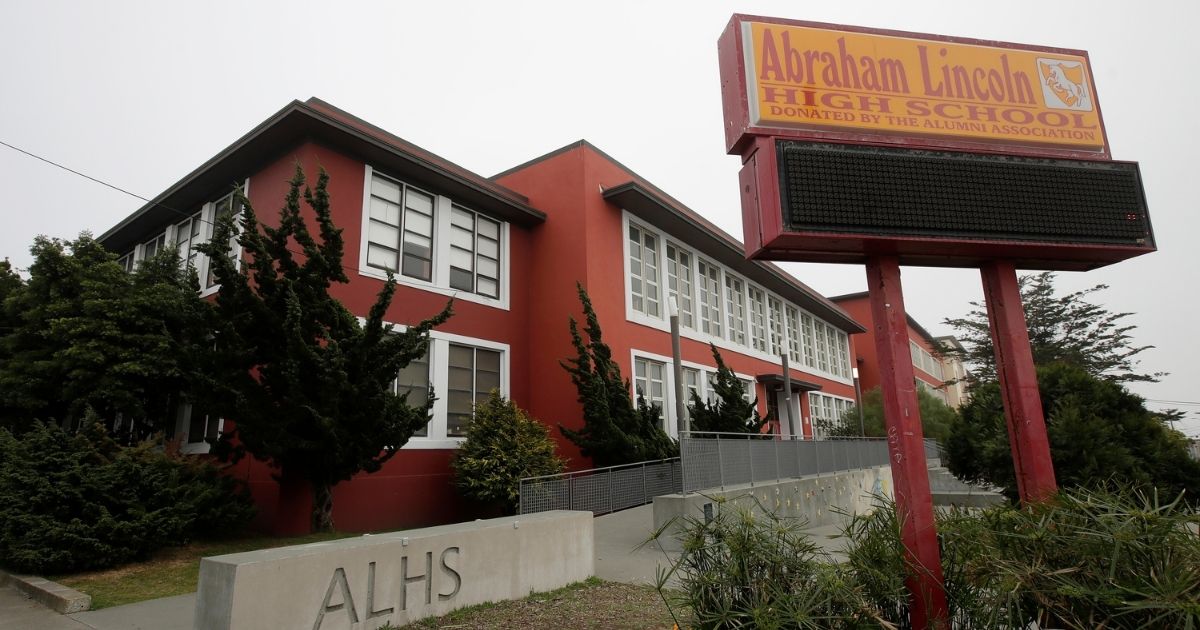 A white father was rejected from joining the San Francisco Unified School District Board of Education’s Parent Advisory Council on Tuesday, apparently due to the color of his skin.

The council had recommended Seth Brenzel, a gay white man, for the role. But following much discussion, school board Commissioner Mark Sanchez eventually pushed back the vote so that people of color could apply for the position, KGO-TV reported.

The current ethnic makeup of the PAC seemingly played a role in the school board’s decision.

“In a district that has so many monolingual families and specifically so many Chinese-speaking families, this is not OK to me,” school board Vice President Alison Collins said.

The fact Brenzel himself is the father of mixed-race children apparently did not have an impact on Collins.

“As a mixed-race person myself, I find it offensive when folks say that somebody is a parent of somebody who is a person of color as like a signifier that they’re qualified to represent that community,” she said.

Brenzel also would have been the only male on the council, with every other member being female.

Some, including Sanchez, thought Brenzel would add a valuable voice to the council.

Do you think appointments like this one should be made on the basis of race?

“He’s gay, that’s an important voice that we don’t have right now, and he’s a man. There are no males on the committee, and I’m really looking forward to having his name brought back to us in a month or two and voting on it with a slate of other folks,” Sanchez said.

This ridiculous instance of political correctness run amok isn’t the first we’ve seen of the San Francisco school board’s wild and unfounded antics, either. In fact, it’s only the latest in a stream of baffling executive decisions.

They didn’t appoint him, and now the parent group remains all moms which means women must do all the work of the group. And seven hours after the meeting started, they still aren’t talking about how to safely reopen schools.

Late last month, the board voted 6-1 to rename 44 SFUSD schools due to their names’ ties to “racism,” “slavery” or “oppression,” USA Today reported.

The move was vehemently criticized, both locally and nationally, for its lack of basis in historical fact and misguided focus during a still-ongoing pandemic.

The school board also recently voted 5-2 to end merit-based admissions at Lowell High School, in favor of a more supposedly unbiased lottery system, according to KGO.

San Francisco Board of Education votes to END merit based admission at Lowell and permanently move the high school to the lottery system immediately.

It’s important to note that Lowell High School is a relatively prestigious school. It ranks fifth out of all California high schools, and first in the SFUSD, according to U.S. News & World Report.

Instead of pushing students to work above and beyond for a chance to attend such a high-ranking school, the San Francisco school board essentially removed the bar altogether.

The SFUSD’s decisions in recent months have highlighted something that needs to be called out for what it is: San Francisco’s brand of racist liberal inclusivity in practice only works to damage its own students by denying them history, representation and a reason to rise above the rest.

We simply cannot let such an ideology progress.