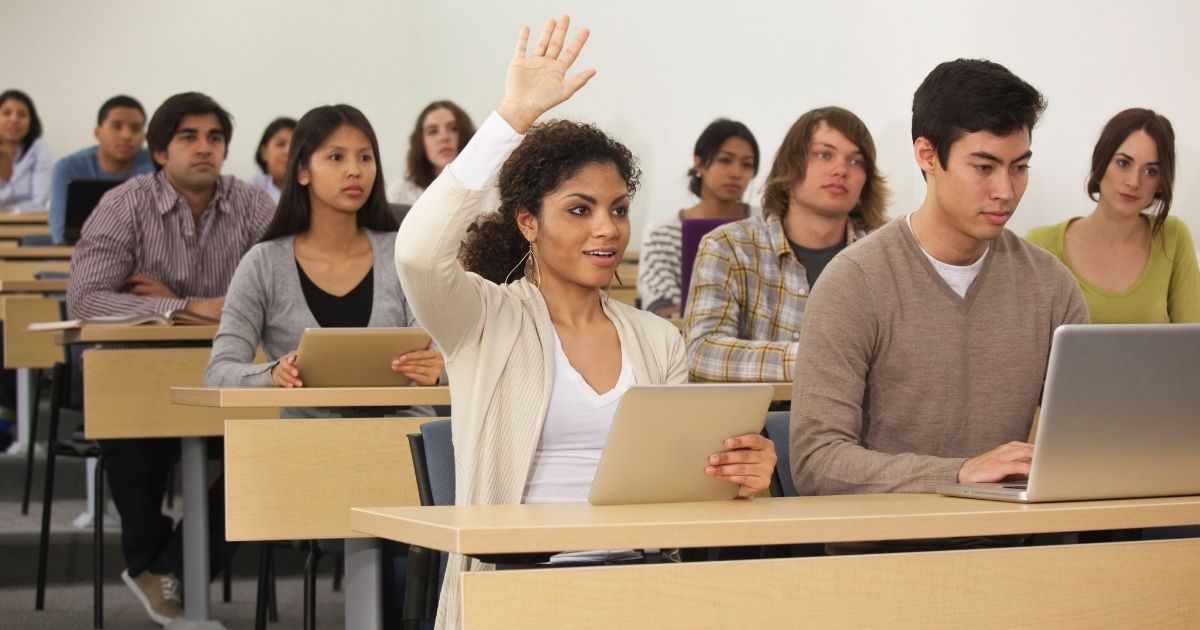 The left calls conservatives “divisive,” yet progressives are advancing the insidious idea that one race is universally marred by a particular set of negative traits — and what can be more divisive than that?

In an Orwellianesque inversion of the phrase “anti-racism,” peddlers of so-called Critical Race Theory conduct hours-long training sessions to instruct white people on ways they’re flawed because of their skin color — an idea previously known as racism.

But this anti-white poison is currently taught in schools, government institutions, corporations like Coca-Cola and recently to the Health & Human Services Agency in San Diego County, according to the Washington Examiner.

The agency reportedly took time off from fighting COVID-19 to educate its employees in CRT through a six-hour online course, coming after county supervisors declared racism was a “public health crisis” last month, KPBS-TV reported.

“Only white people can be racist, no other BIPOC’s (Black, Indian, and people of color) can be racist,” instructor Reggie Caldwell told the employees, according to a whistleblower employee within the agency who gave the Examiner in an exclusive on the condition of anonymity.

TRENDING: Dems Get Sneaky with COVID Bill, Include $100M for Subway System in Silicon Valley

“This training is lumping people into groups, and it has not explained how some (minority) individuals have succeeded in this systemically racist country — like Barack Obama, NBA/NFL players who make millions, Dr. Ben Carson, Oprah, and Whoopi Goldberg, to name a few,” the employee said.

The employees were told they couldn’t have a copy of the PowerPoint due to being afraid that it would be “taken out of context.”

However, the unnamed employee shared screenshots of presentation slides with Carl DeMaio, talk radio host and chairman of the Reform California PAC which is currently working on recalling California Gov. Gavin Newsom.

The seminar was broken into three, 2-hour sessions with titles like “White Privilege”; “Power and Privilege”; and “What You Say vs. What I Hear.”

Do you think the new “anti-racism” rhetoric is simply shifting hate to a different race?

The screenshots show the slides heavily relied on Robin DiAngelo’s “White Fragility” and all of its awful bigotry disguised as useful discussion. One of the slides lists “Characteristics of White Supremacy Culture” that include “perfectionism,” “only one right thing,” “either/or thinking” and “objectivity” among others.

Another slide titled “White Privilege” warns it’s the reason for “defensive and aggressive reactions” from white people when they are “confronted with the reality of racial inequality.”

For that one, both “argumentation” and “silence” are considered counterproductive behaviors that permit “white supremacy to remain the norm,” a shocking assumption that also backs white people into a corner no matter how they react.

“Whiteness, the centrality of whiteness and the possession of white skin are assigned considerable power and privilege in our society,” a third slide claims while framing the issue as a power play.

That slide concludes by asking white people what they’re “willing to give up to have racial equity” in the worst kind of loaded question.

Then there’s the sinister game called “What You Say vs What I Hear” that turns comments about protecting life and property during riots into “fantasizing about killing” minorities.

A training slide for the “Power and Privilege” portion features a quote from D’Angelo that “Racism is a WHITE PROBLEM.”

The last slide in the bundle features a Confederate flag next to a Nazi flag, with an “equal” sign between them.

“Talk about a hostile work environment!” DeMaio tweeted with that image.

“Our tax dollars are now being used to fund offensive training sessions for county workers. This is the real racism!”

Talk about a hostile work environment! Our tax dollars are now being used to fund offensive training sessions for county workers. This is the real racism!https://t.co/GK8dR0ZKb9 pic.twitter.com/Ht8m6dHvBM

Forcing white employees to sit through seminars where they’re told they’re vile, reprehensible humans because of their skin color — and asserting that any negative reaction to that message confirms their white supremacism — is abuse.

“It is outrageous that taxpayer funds are being used to support divisive and offensive training materials like this,” DeMaio said in his report.

“By labeling white employees as inherently racist the county is not only supporting offensive content with our tax dollars but it has also created a hostile work environment that could result in costly lawsuits filed by injured employees,” he concluded.

This is not a way to encourage constructive discourse, nor is it a way to foster cooperation and amicability between the races.

It is the epitome of divisive, race-baiting rhetoric that tears at the fabric of society and it’s time that it stopped.

America is made up of people, and some people in any society will be racist — it is one of the unfortunate inevitabilities that come from our fallen human nature.

Changing hearts is a complex problem with no simple answers, but maligning an entire race of people with sweeping, negative generalizations is not the way to do it.

This philosophy has no place in polite society, let alone as taxpayer-funded training for public sector employees.

Racism is ugly, vicious and destructive on a personal and societal level and cannot be tolerated — regardless of the victim’s skin color.