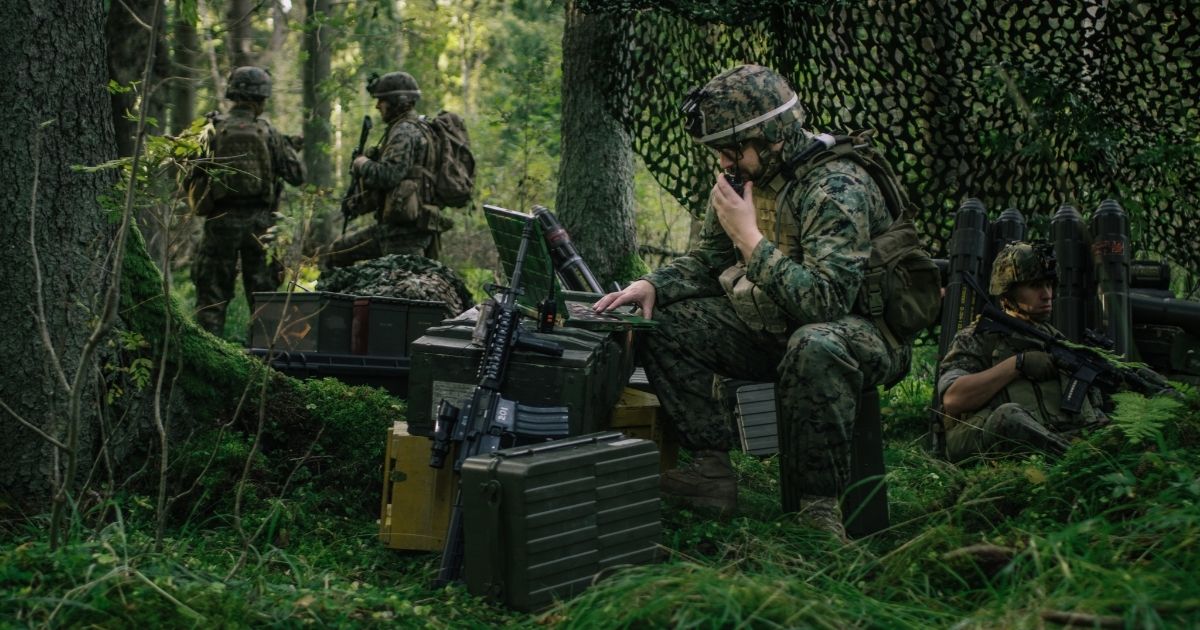 That’s why a March 9 memo from Defense Secretary Lloyd Austin concerned me. Even though our defense budget is a large one, we still have a limited pool of resources to draw from. Once any budget is set, if you invest money, time, energy or other resources into one thing, it must be taken from another. There are things in life that are zero-sum games — and once budgets and long-term objectives are set at the Pentagon, shuffling the deck doesn’t come without costs or benefits.

This is something we need to understand when the Biden administration labels climate change a national security threat and establishes a working group at its highest levels to deal with the president’s executive orders on the environment: This isn’t just a matter of buying a few Prius plug-ins for administrative transports. This is something that’ll likely have repercussions beyond a few nice-sounding news releases and a bit of green PR work.

And thus we get to that March 9 memo from Defense Secretary Lloyd Austin to senior Pentagon leadership announcing the formation of a “Climate Change Working Group,” according to The Hill.

“We will incorporate climate risk analysis into all of our work from installation planning; to modeling, simulation, and war gaming; to the National Defense Strategy and all other relevant strategy, planning, and programming documents and processes including those supporting decision making in the Military Departments.

“Whether it is increasing platform efficiency to improve freedom of action in contested logistics environments, or deploying new energy solutions to strengthen resilience of key capabilities at installations, our mission objectives are well aligned with our climate goals,” the memo continued.

Austin added that the Pentagon would “compete with China for the energy technologies that are essential to our future success.”

On Jan. 27, a week into the new administration, Austin issued a statement calling climate change a “national security issue” after a series of executive orders by President Joe Biden.

Should climate change be a factor in military decisions?

“I fully support the President’s direction today to include climate considerations as an essential element of our national security and to assess the impacts of climate change on our security strategies, operations, and infrastructure,” Austin said in the statement.

“Since 2010, the Department of Defense has acknowledged that the planet’s changing climate has a dramatic effect on our missions, plans, and installations. Every year, we see the consequences of increasing incidents of flooding, drought, wildfires, and extreme weather events on our installations at home.

“Every year, our commanders and their Allies and partners conduct operations that result from instability in societies strained by desertification, the threat of adversary access to homelands through the Arctic, and the demands for humanitarian assistance worldwide.  In 2019 alone, the Department assessed climate-related impacts to 79 installations and in every geographic Combatant Command area of responsibility.”

He went on to add that “by changing how we approach our own carbon footprint, the Department can also be a platform for positive change, spurring the development of climate-friendly technologies at scale.”

“There is little about what the Department does to defend the American people that is not affected by climate change.  It is a national security issue, and we must treat it as such.”

RELATED: Fact Check Covers for Biden Forgetting Defense Sec’s Name: He May Have Been Doing a Folksy Ad Lib

Climate change is a national security issue, and we must treat it as such. Per direction from @POTUS, we will (among other measures) include the security implications of climate change in our risk analyses, strategy development, and planning guidance. https://t.co/IVD00VsHav

When it comes to vague environmentalist statements like these, it’s difficult to know how seriously to take them. Is this Joe Biden ending the Keystone XL pipeline project on day one-level serious? Or is this John Kerry accepting a climate change award in Iceland by flying there via private jet-level serious?

Whatever the case may be, the message is clear: The Pentagon will be diverting substantial resources toward climate change and that’s going to come at a cost.

That may not have been what it sounded like from Defense Secretary Austin — who made this all sound like a great opportunity to hone our operational readiness. For all those Curtis LeMay-esque Neanderthals like me, who still believe our military should be in the business of the three objectives I outlined at the beginning, that sounds palatable. When you’re waging war or planning to wage war, if there’s an immediate threat that needs to be addressed, by all means — address it.

However, one doesn’t necessarily need a “Climate Change Working Group” to accomplish this. Only the most alarmist of climate change activists believe that change would be so immediate and dramatic that it requires a dramatic shift of resources. The Pentagon could simply work this into its existing strategic framework — if, indeed, this is what this is all about.

Instead, notice the language in these statements and memos that has little — in fact, nothing — to do with American military readiness.

When Secretary Austin talks about how “our mission objectives are well aligned with our climate goals,” are we supposed to assume some level of our military’s objectives will be changed or subordinated to “our climate goals” if necessary? Those are the arena of foreign policy, not the military.

And then we have the promise that “by changing how we approach our own carbon footprint, the Department can also be a platform for positive change, spurring the development of climate-friendly technologies at scale,” which sends up two red flags at once.

While I’m not advocating we ought to arrange as many extra F-35 flights as we can because, hey, that jet fuel was just sitting around, the job of the Department of Defense is to defend our nation and our national interests to the best of its capability. If that can be done more efficiently, great — but reducing our carbon footprint militarily should hardly be a secondary goal, much less a primary one.

And then we have the vague promise that the Pentagon can spur social change by acting as a taxpayer-funded incubator “spurring the development of climate-friendly technologies at scale.” Not only is this done far more efficiently through the private sector, this, again, isn’t a prerogative of armed forces tasked with a rising China and bellicose Iran.

Sure, Austin may talk about how the Defense Department will “compete with China for the energy technologies that are essential to our future success.” Sounds fantastic. What sounds like a better idea is what I’m guessing China will do, instead: Compete with us for military superiority, carbon footprint be damned, and let some other part of Beijing’s hulking state apparatus do the renewable energy research and development work the Biden administration apparently wants our military to do.

We have finite resources and multifarious threats. All of this sounds good in memos and news releases. I guarantee you it’ll sound less appealing when our adversaries are busy gaining the upper hand militarily, all because they don’t care a whit about any of these things.