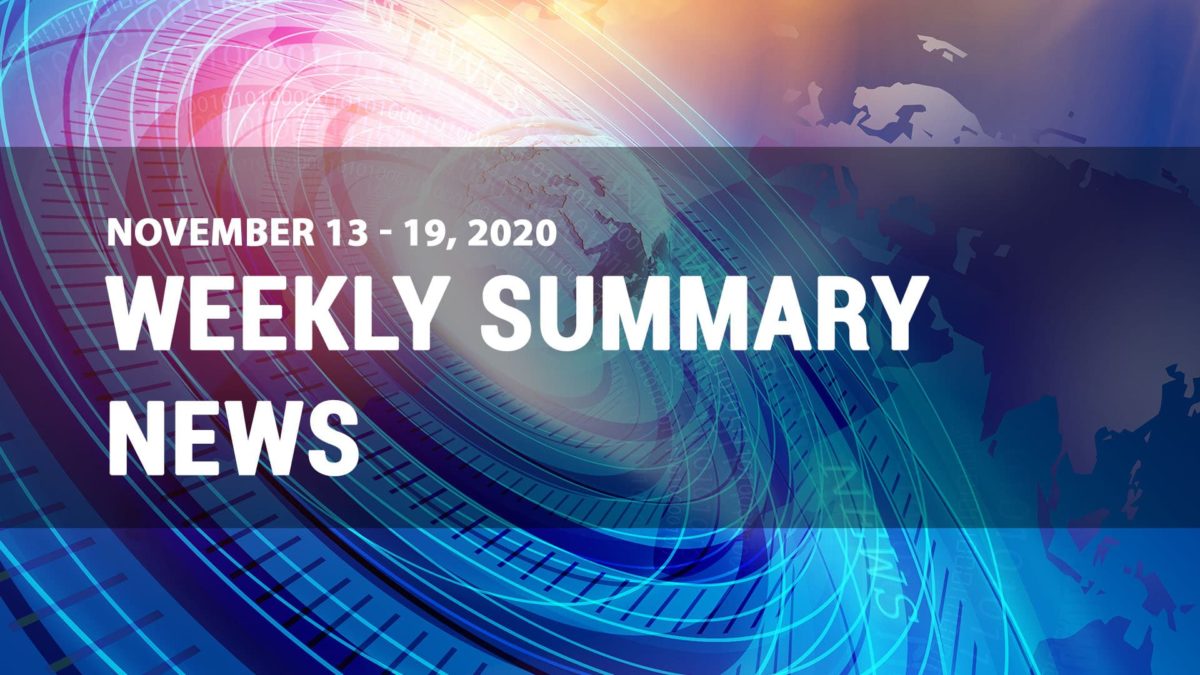 The number of new infections of COVID-19 in the US reached 150,000 to register a new record high, as cities and states rushed to control the spread from the virus’ latest wave, while German Chancellor Angela Merkel cautioned that the country’s restrictions might have to continue through December and January.

Chicago Mayor Lori Lightfoot has issued a stay-at-home advisory, while New York City Mayor Bill de Blasio warned the residents, especially parents, to be ready for a potential school shutdown if the proportion of positive tests for the disease, which is currently at 2.6%, rose above the 3% threshold.

China rounded up 14 other countries across the Asia-Pacific region to sign what seems to be the world’s largest trade deal.

According to a joint statement from the nations, the Regional Comprehensive Economic Partnership (RCEP) covers 2.2 billion people or nearly 30% of the global population, with Japan, South Korea, Singapore, Australia, and New Zealand being signatories to the agreement.

Shares of US electric carmaker Tesla Inc. were up over 9% on Tuesday after the S&P Dow Jones Indices announced that the company would be included in the S&P 500 index next month.

The S&P Dow Jones Indices said Tesla will be the most valuable company ever to join the index due to its $400 billion size, adding that it will consult if the auto giant can have two-stage incorporation (on the 14th and 21st of December), rather than only one.

The Federal Aviation Administration (FAA) is set to clear Boeing Co.’s 737 MAX for flight once again after the aircraft went under hiatus for almost two years due to the fatal crashes in 2018 and 2019.

Meanwhile, airlines worldwide that had placed orders for the 737 MAX and its rival Airbus SE’s A320 are now making every effort to cancel or postpone those orders while they sell and lease back their other planes to cut costs.

The dollar steadied on Thursday after five sessions of losses as investors grew concerned over the growing number of COVID-19 infections in the US and the virus’ risks to the global economic rebound.

Small increases against most major peers lifted the greenback by 0.1% to $92.45 from Wednesday’s eight-session low against a basket of currencies, although it still not far from November’s low of $92.13.