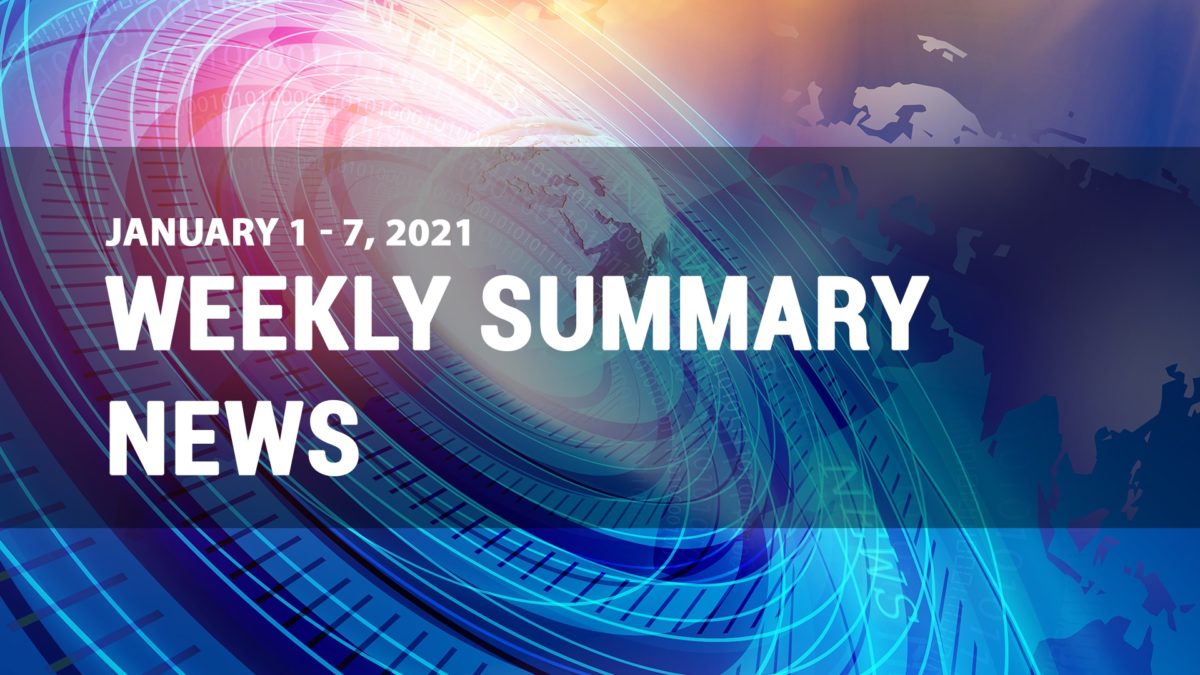 Bitcoin’s price reached another all-time high against the US dollar on Friday, while it hit a new record high against gold at the end of 2020.

The cryptocurrency rose above $29,000 against the dollar but later made a sharp correction to $27,300, while it registered a high of 15.40 ounces against the safe-haven metal.

The UK became the first country in the world to administer the COVID-19 vaccine jointly developed by AstraZeneca plc and Oxford University after regulators approved the emergency use of the vaccine at the end of 2020.

The virus’ new strain, which is more contagious than the initial variant, has led to a sharp increase in new infections in the UK, with Prime Minister Boris Johnson stating that the country may need to impose a third lockdown to contain its spread.

The Chinese yuan posted its highest level in over two years on Tuesday, while the People’s Bank of China (PBOC) set its highest yuan midpoint since 2005 at 6.4760 per dollar, against a backdrop of an economy that continues to expand at a strong rate.

Oil prices traded above $50 per barrel for the first time in ten months on Wednesday after Saudi Arabia announced to voluntarily slashed its output by 1 million barrels per day for the next two months.

Twitter ordered to lock Trump’s account for 12 hours and to take down three of his tweets about the riots to avoid the posts from being liked or forwarded, while Facebook said it would block Trump’s page for 24-hours.