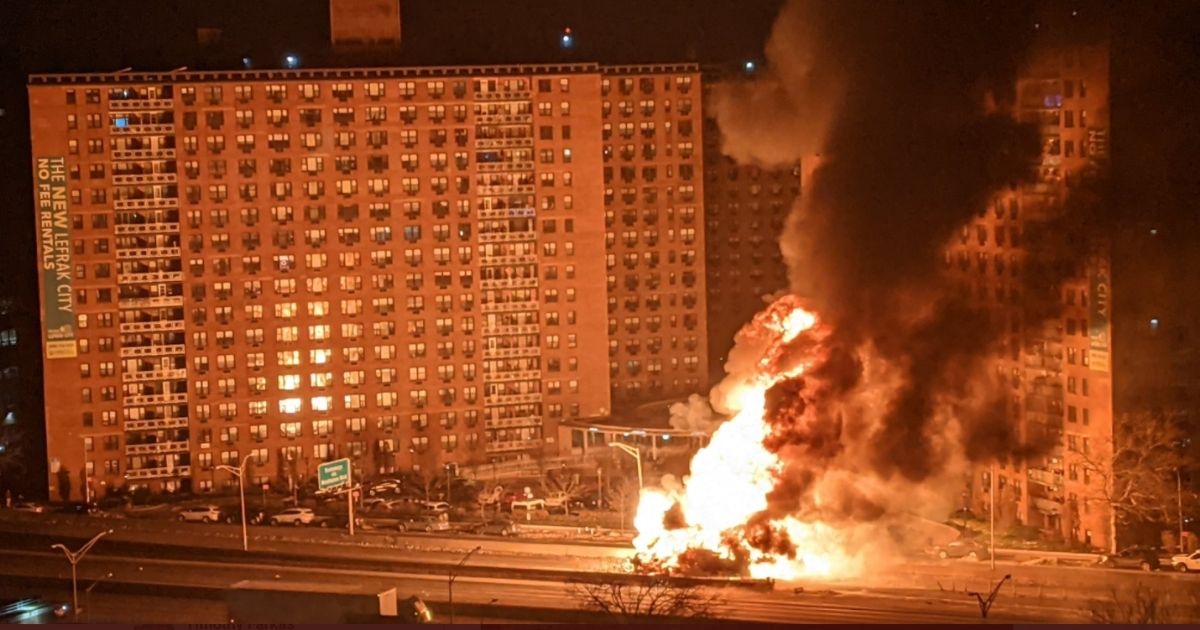 A fireball erupted on the Long Island Expressway in Queens early Tuesday after a truck carrying propane tanks overturned.

The accident took place just after midnight, according to WABC-TV.

Police said the truck driver, 36, who was not identified, struck a patch of ice and then lost control of his vehicle, according to NBC News.

Citing police investigators, the New York Post reported the driver might have been trying to avoid another vehicle that skidded on the ice.

Police said no charges were filed against the truck driver, and no injuries were reported in the incident.

Videos showed the extent of the fire that erupted after the accident.

Here’s a video. You can hear the explosion. I can’t see clear what kind of car from my side. I am sure people from the building across may have better shot. pic.twitter.com/iCB0BovEzO

I’m safe, this seems to be across the highway and I have my bug out bag if I have to evacuate but WHAT JUST HAPPENED pic.twitter.com/o8mhKO57re

Firefighters said that after the truck skidded, it hit a barrier separating the Long Island Expressway’s westbound lanes from the Queens Boulevard exit, according to WABC.

The truck was carrying 294 propane cylinders, each weighing about 20 pounds.

The two-alarm fire required 106 firefighters to be summoned before it was extinguished, according to NBC.

Should there be more regulation of these trucks?

The expressway was closed for several hours after the accident. A car and U.S. Postal Service vehicle also were damaged, WABC reported.

The law firm of  Oresky & Associates in New York City has highlighted the dangers of accidents involving propane delivery trucks.

‘Many tanker truck accidents can lead to leaks or spills, causing burns, toxic fumes, and even lead to a fire or explosion. Victims can get trapped inside their vehicles and may suffer severe burns as the propane escapes the tank,” the firm says on its website.

“Severe burns can cause disfigurement, muscle damage, infection and even the loss of limbs. Those in the surrounding area may need to evacuate.”