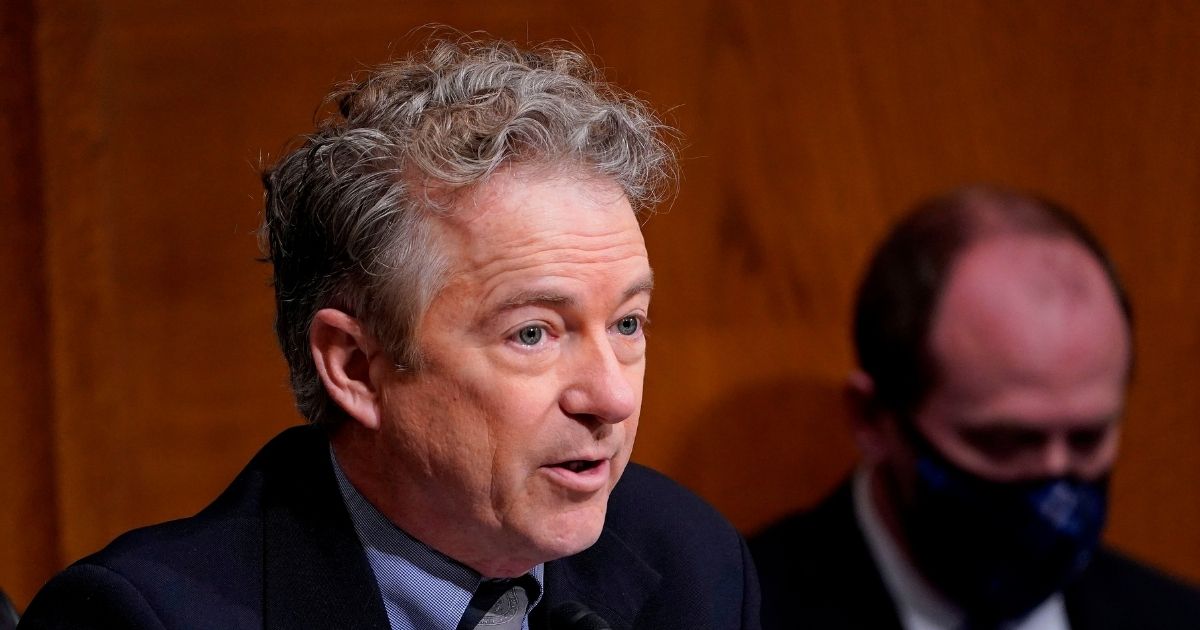 Joe Biden’s nominee for Secretary of Education embarrassed himself during his confirmation hearing when asked if it’s fair for girls to be forced to compete against boys in sports competitions.

On the first day of his presidency, Biden issued a controversial executive order requiring any school that receives federal funding to allow males who identify as female to compete on girls’ sports teams.

During a tense exchange Wednesday before the Senate Health, Education, Labor and Pensions Committee, Republican Sen. Rand Paul of Kentucky asked Miguel Cardona if it’s appropriate for boys to compete against girls in sports, given their physical advantages over females.

In June 2020, the U.S. Department of Education’s Office for Civil Rights issued a finding concluding a Connecticut athletic association’s policy allowing boys to compete against girls violated Title IX of the Education Amendments of 1972.

“If you’re confirmed, will you enforce that Office of Civil Rights opinion?” Paul asked.

Cardona refused to directly answer the question and instead responded with vague platitudes.

Is it fair to allow boys to compete in girls’ sports?

“I understand that there are a lot of concerns about that,” he stammered. “If confirmed, it’s my responsibility and my privilege to make sure that we’re following civil rights of all students, and that includes activities that they may engage in in high school or in athletics.”

Paul then pressed Cardona in a bid to force him to directly answer the question.

“What do you think in general of boys running in girls’ track meets like they’ve been doing in Connecticut?” he asked.

Cardona again refused to answer the question and made ambiguous statements about how sensitive the issue is.

An impatient Paul interjected by asking point-blank: “Do you think it’s fair to have boys running in the girls’ track meet?”

Cardona replied that he thinks “it’s appropriate,” and added that schools are legally required to provide opportunities for all students — including transgenders — to participate in sports.

Paul pointed out that the top 20 percent of boys running in track meets beat all of the girls in Cardona’s home state of Connecticut, where he’s the education commissioner.

Cardona again echoed more platitudes. “I understand that this is a challenge,” he said. “I look forward to working with you and others.”

Paul said “most people in this country think it’s completely bizarre and unfair” to allow students to compete in girls’ sports on the basis of their preferred gender identity and not their biological sex.

“Some boy who’s 6-foot-2 competing against my 5-foot-4 niece doesn’t sound very fair,” the senator lamented. “I wonder where feminists are on this.”

Paul also said it concerns him that someone who will lead the U.S. Department of Education doesn’t have a problem with that.

He said he believes that most people agree with him, including Cardona, as evidenced by his reluctance to give a straight answer.

Davies, who won a silver medal at the 1980 Olympics, said trans athletes have a biological advantage because men have more muscle, bigger lung capacity and better endurance.

“The majority of men transition after puberty, so they have all the extra strength that comes with testosterone that’s very much pumped through the body when you go through puberty,” she explained. “Even if you suppress for one year, it will make very little difference to your actual performance. And women just cannot … beat them.”

The 5-foot-10 Davies recounted how hopeless and defeated she felt when she competed against East German swimmers in the 1970s, when the entire East German swim team took steroids.

“That’s not a level playing field,” she said.