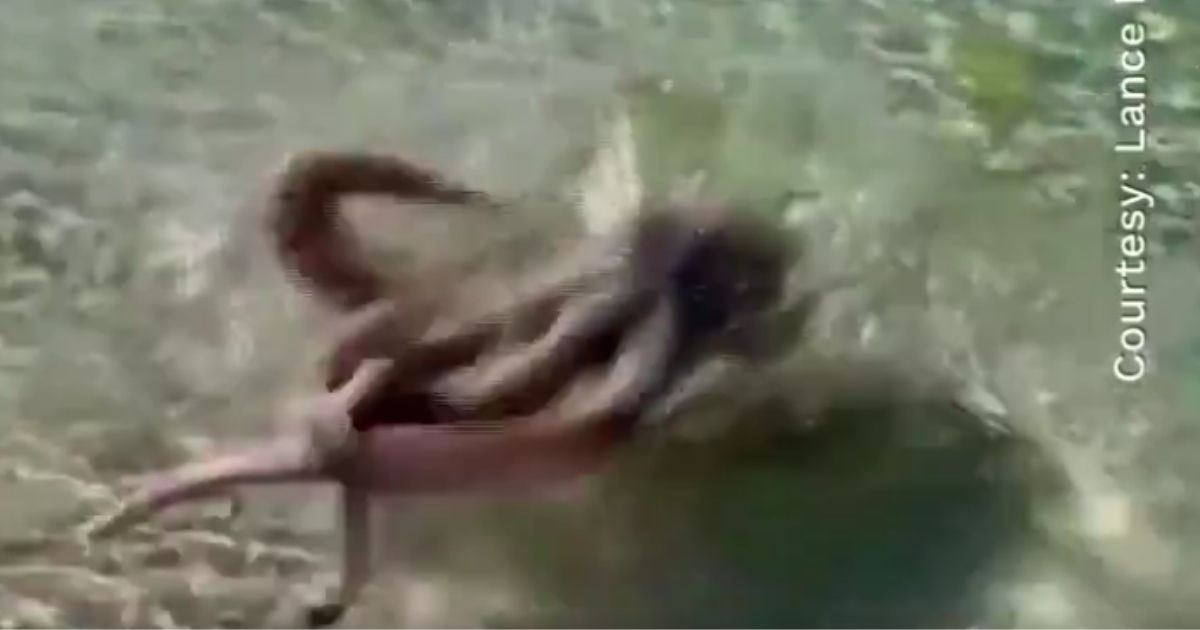 Fascination with an octopus can lead to a painful experience, as author Lance Karlson found out recently.

Karlson had a close encounter with an octopus in Geographe Bay in Dunsborough, Western Australia, the Daily Mail reported Wednesday.

In a March 19 post on Instagram, Karlson summarized the creature as “the angriest octopus in Geographe Bay!”

Karlson said his interaction with the octopus began while he was walking on the beach with his 2-year-old daughter.

“After going after a seagull it then decided my daughter and I deserved a lashing! I later discovered its home amongst a crab graveyard, where it came after me again!” Karlson said on Instagram.

At first, the 34-year-old former lifeguard said he wasn’t sure what he was seeing.

“I thought it was a stingray at first,’ he told the Daily Mail Australia.

Then a seagull came too close.

“I saw the tentacles of an octopus come out of the water and lash out at a seagull,” he said.

OUCH: A man has been attacked by an octopus while swimming at a picturesque beach in Western Australia. #9News

“I walked with my daughter in my arms up to the octopus and took the video,” he said. “The octopus lashed out at us.”

About 20 minutes later, Karlson decided to go for a swim.

Guess who was waiting, sitting on a pile of crab shells?

“As I was looking at the shells underwater, I was hit across my arm. I was then hit again over my neck,” Karlson told the Daily Mail.

“My goggles were too fogged to see what had happened, and I swam back to shore in pain. The imprints of the tentacles quickly formed raised marks across my skin.”

It then was time for some improvised medical treatment.

Will people ever learn to leave nature alone?

“We did not have any vinegar/acid to pour over the stings, so my wife poured coke over me, which helped enormously,” he said, referring to the stinging sensation from the blow.

“The pain went away quickly; it was more the physical hit that had hurt.”

Karlson said he wasn’t sure of the species of octopus that attacked him, but it might have been an Octopus tetricus, also known as a “gloomy octopus.”

All octopuses are venomous, but the blue-ringed species is the only one dangerous to humans, according to National Geographic.

The blue-ringed octopus possesses tetrodotoxin, a neurotoxin that is a thousand times more powerful than cyanide, The Western Journal has reported.