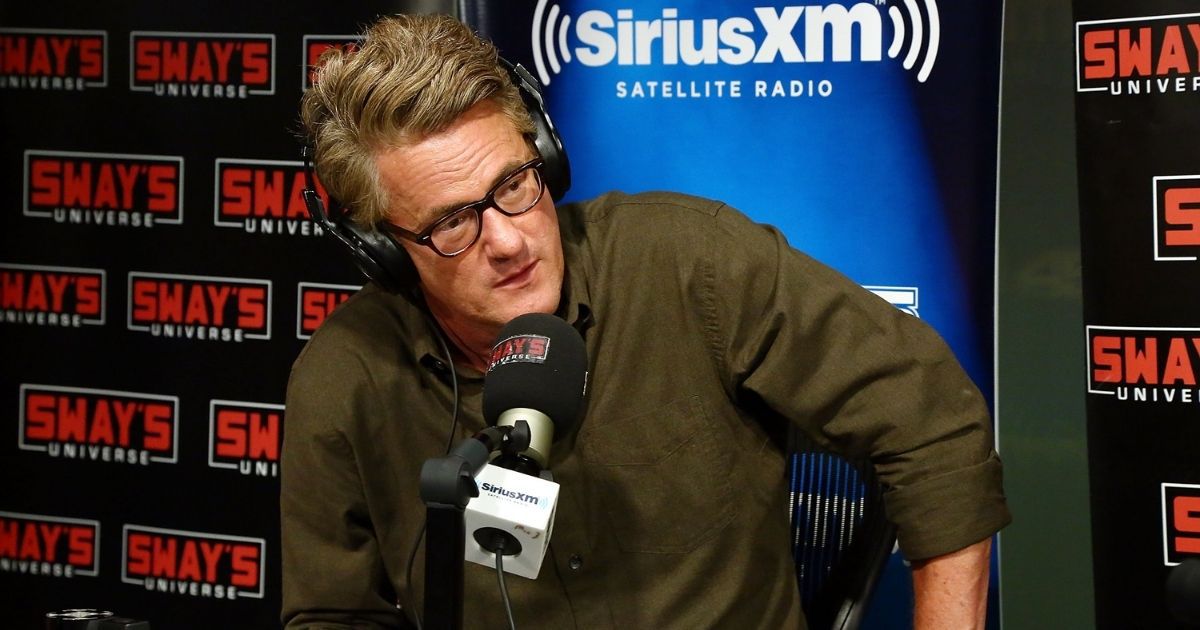 MSNBC host Joe Scarborough demeaned small business owners whose livelihoods were burned and looted amid last year’s leftist rioting while also making the false claim that the Jan. 6 Capitol incursion was an act of “insurrection” on Tuesday.

Scarborough, a former GOP congressman representing Florida’s 1st congressional district, left the Republican Party after former President Donald Trump was elected. The “Morning Joe” co-host, 57, must have left his empathy behind as well.

When attempting to make a point about the Capitol riot on his program on Tuesday morning, he targeted, of all people, taco stand owners, Newsbusters reported.

Scarborough rightly pointed out that private businesses are not exactly sacred places for Democracy when comparing the Capitol breach to the civil unrest of last spring and summer. Somehow, though, he ended up launching a disparaging remark to those who are self-employed in the foodservice industry.

“I know there are idiots on other cable news channels that will say, ‘Well, this mom-and-pop store was vandalized during the summer riots, and that’s just as bad as the United States Capitol being vandalized,’” he said in what appeared to be a shot across the bow of conservatives networks.

Apparently not finished with smearing the broader taco industry, Scarborough continued his diatribe against Tex-Mex and all those whose job it is to provide it.

Do you think elitists like Joe Scarborough look down on ordinary Americans?

“I’m not going to confuse the selling of tacos with actually moving through a constitutional process that is laid out in the United States Constitution for members of the House and the Senate to actually perform their constitutional duties,” he said.

“No. No. No. Property damage does not equal insurrection,” Scarborough concluded.

That last line was the host’s only sensible comment. The forcible breach of a building such as the U.S. Capitol, no matter how egregious, does not equate to an insurrection.

Trump attorney Bruce Castor argued that fact, apparently successfully, during last week’s Senate impeachment trial. Trump was of course impeached on an article claiming he incited an insurrection and he was, of course, found not guilty.

“Clearly there was no insurrection. Insurrection is a term … defined in the law that involves taking over a country, a shadow government, taking the TV stations over and having some plan of what you will do when you finally take power. Clearly, this is not that,” said Castor.

Bruce Castor: “They continue to say insurrection. Clearly there was no insurrection. Insurrection is a term of art it’s defined in the law. It involves taking over a country, a shadow government, taking the TV stations over, and having some plan on what you’re going to do…” pic.twitter.com/4Nf7LKWi1Y

GOP Sen. Ron Johnson of Wisconsin, who voted not to convict Trump, also takes issue with categorizing what occurred on Jan. 6 as an insurrection.

“This didn’t seem like an armed insurrection to me,” Johnson said Monday, the Milwaukee Journal Sentinel reported. “When you hear the word ‘armed,’ don’t you think of firearms? Here’s the questions would have liked to ask: How many firearms were confiscated? How many shots were fired? I’m only aware of one and I’ll defend that law enforcement officer for taking that shot. It was a tragedy, OK? But I think there was only one.”

“If that was a planned armed insurrection, man, you had really a bunch of idiots,” added Johnson, who classified the events as a “breach.”

Using that logic, it’s definitely easier to agree with Scarborough, who concluded: “Property damage does not equal insurrection.”

Property damage is tragic in any case, especially for those who have to clean it up. It is even more tragic when those afflicted by it are humble people such as taco stand proprietors.

Of course, Scarborough’s elitist smear had nothing to do with restauranteurs or any other small business owners. He was attempting to downplay and minimize months of rioting that ended in untold dollars worth of property damage, a double-digit death toll and a tear to the fabric of the country that arguably motivated some of those who briefly stormed the Capitol last month.