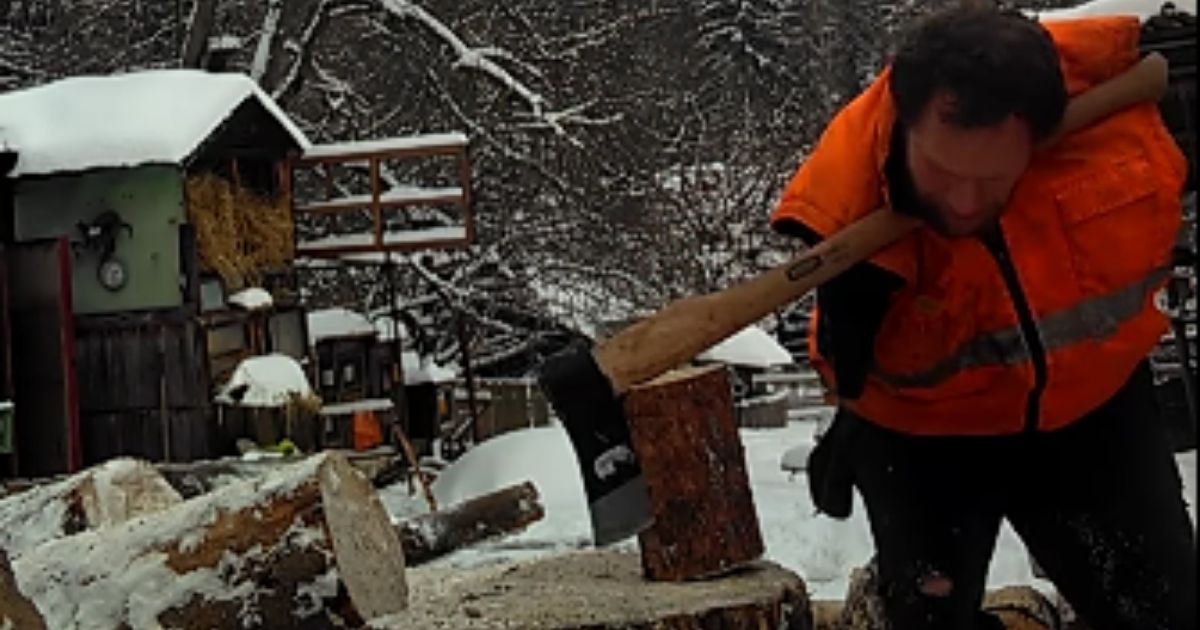 We’re all dealt a different lot in life, but how we respond to adverse circumstances can define us.

First Lady Martha Washington, who wanted nothing more than to spend the rest of her days in peace with her husband at their home in Mount Vernon, Virginia, knew this feeling all too well.

When George Washington ascended to the presidency in 1789, Martha remarked in a letter to writer and historian Mercy Otis Warren that “the greater part of our happiness or misary depends upon our dispositions, and not upon our circumstances; we carry the seeds of the one, or the other about with us, in our minds, wherever we go.”

Petr Packa Schneider, a resident of Okrouhla in the Czech Republic, appears to have taken that lesson to heart.

In a viral video posted to Facebook in February, Schneider, who is missing both of his arms, can be seen chopping wood with an ax with relative ease. According to The Blaze, Schneider lost his arms at the age of 12 after suffering an electric shock.

The video’s caption, though not directly translatable into English, is clearly a message of encouragement and determination.

You can see the video here:

According to Yahoo Life, Schneider began making the video as a method of motivating some of his friends but did not realize he would motivate the entire world in the process.

Did you find the video inspiring?

As of mid-March, his Facebook post had accumulated over 11,000 likes and nearly 2,000 comments, which have expressed admiration or have been generally supportive.

The admiration also can be found on Twitter, with one viewer seemingly in disbelief about the video:

Another Twitter user noted that people who are lazy or have not overcome their challenges are often the ones to cast the first stone:

I love people sharing the video of the man chopping wood with no arms and saying “WhAt’S yOuR eXcUsE?!” Like they didn’t order take out four times last week and pay someone else to change their oil. Why does everything need to be a personal attack 😂😂

I will be the first person to acknowledge that I sometimes complain when I probably shouldn’t. Sometimes, it’s easier for me to ignore, avoid or whine about my problems than it is to solve them.

But that isn’t the virtuous thing to do. Perhaps we all can learn a lesson from Schneider — and Martha Washington — about overcoming our adverse circumstances and making the best of our lives.

The world would be a much better place if more people were like them.