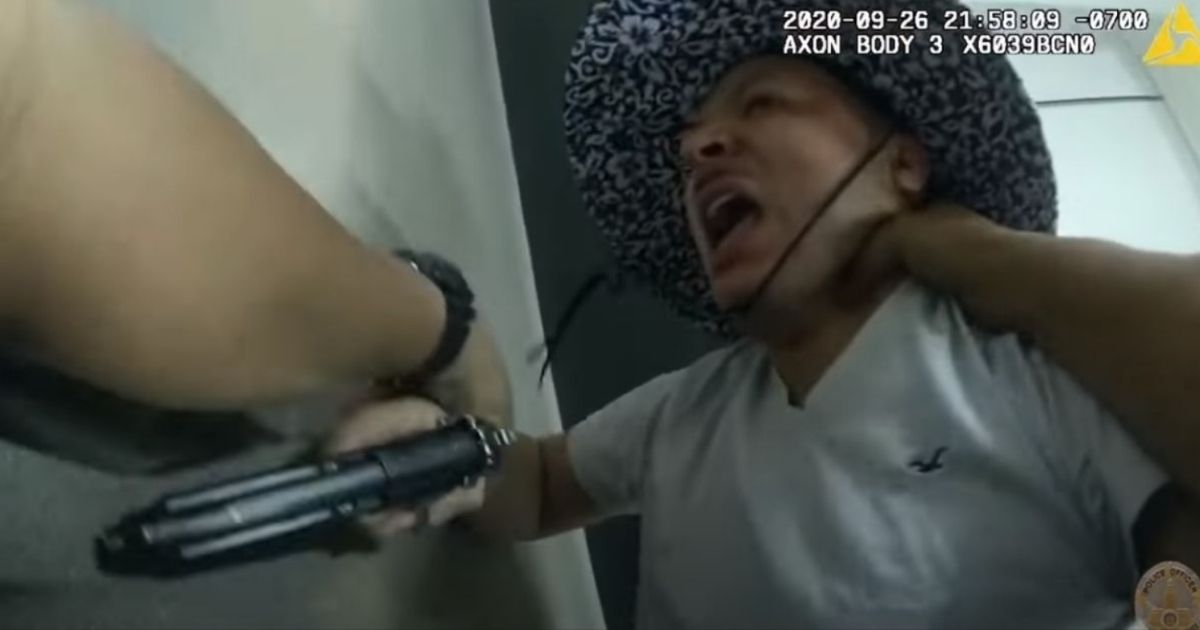 If the events that occurred Sept. 26 at the Harbor Community Police Station in Los Angeles proved anything, it was that a police officer’s job is extremely dangerous.

Body camera footage released by the LAPD on Oct. 7 shows Officer Anthony Freeman being assaulted by a man inside the police station.

The man knocks Freeman to the ground, grabs his gun, repeatedly pistol whips the officer and then points the gun at him briefly.

WARNING: The following video contains graphic images that some viewers may find disturbing.

In the video, the assailant can be seen stealing Freeman’s gun and assaulting him before fleeing the scene.

Freeman’s blood then can be seen pooling on the lobby floor as he calls for help.

According to the Los Angeles Times, the officer later was treated at a hospital for cuts, bruises and soft-tissue damage. The 36-year veteran was released from the hospital, but at the time of the video’s release, he had yet to return to work.

The suspect in the case, Jose Cerpa Guzman, 29, escaped the scene but later was captured following a high-speed car pursuit, according to the Times.

Do police officers have a more difficult job than ever before?

Guzman has been charged with two counts of attempted murder on a peace officer and two counts of assault with a semiautomatic firearm, plus second-degree robbery and evading and resisting an officer.

Thankfully, according to retired LAPD SWAT Officer Steve Gordon, Guzman had possibly engaged the gun’s safety mechanism while assaulting the officer with the weapon, which prevented it from firing.

“There’s a decent chance that the suspect inadvertently engaged the decocker safety on the pistol as he was striking the officer with it,” Gordon told the Times.

At a time when police perhaps have never been criticized more, it is important to remember just how dangerous their jobs are.

The rhetoric of Black Lives Matter is making police interactions more hostile by the day, leaving police more on edge with each new encounter.

It’s time for Americans to realize that police officers have a hard job.

They’re already under enough stress as it is.