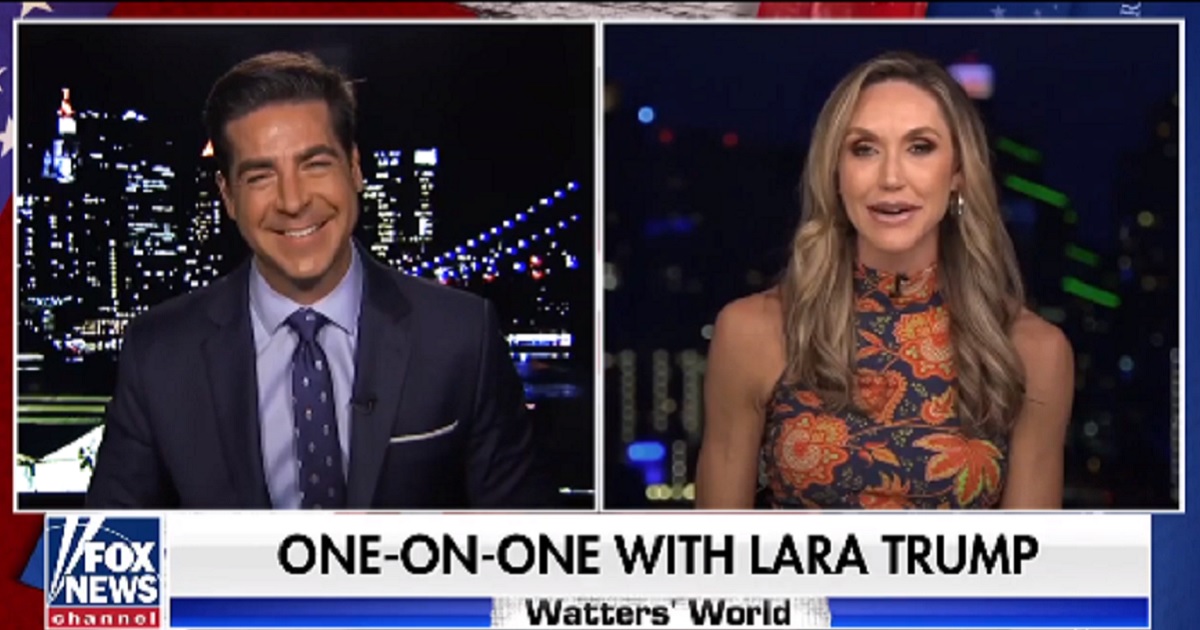 After a new poll put her at the top of a list of potential U.S.  Senate candidates in North Carolina, Lara Trump is refusing to rule out a campaign.

Republican Sen. Richard Burr of North Carolina has already announced that he will not be seeking re-election in 2022.

Lara Trump, the wife of President Donald Trump’s son Eric, spoke about a possible candidacy Saturday on the Fox News show “Watters’ World.” Host Jesse Watters asked if comments Trump made should be interpreted as a lack of interest in running for the Senate.

“Well, who said that? I never said never. No. Look, I would love to represent my home state and I think that it’s a really incredible thing to be in these polls,” she said.

“There’s a big decision at hand and I haven’t yet decided. I would love to do it, but we’ll see what happens,” she said.

TRENDING: Most Whites Must Adhere to Ivy League University Vaccination Requirement; Minorities Allowed To Claim Racism To Opt Out

The interview is below. Watters brings up the North Carolina Senate race about the 3:40 mark.

One of the polls to which she was referring showed Trump leading a field of potential candidates. The BUSR/UNLV Lee Business School poll showed Trump at 24 percent support and former Gov. Pat McCrory at 23 percent.

With the election almost two years away, the poll is not a prediction of who will win. For one, 39 percent of those surveyed were undecided. The pollm of 221 self-identifed Republicans and Republican-leaning independents, also carried a margin of error of 7 percentage points.

Should Lara Trump run for the U.S. Senate?

However, it was an indication of popularity in a field that also included Republican U.S. Reps. Mark Walker and George Holding and state Rep. Tim Moore. Only Trump and McCrory polled in double digits.

Trump married Eric Trump in 2014, according to The New York Times.

“In North Carolina, in particular, she’s a household name and people know her. She worked really hard on the campaign and was very involved in a lot of decisions throughout,” she said.

Trump is a native of Wilmington, North Carolina.

RELATED: Man Denied Enlistment in Military Returns to Recruitment Center, Does the Unthinkable

“She would be formidable,” Kellyanne Conway, a former White House adviser and the manager of the president’s 2016 campaign, told The Times.

“She has the trifecta: She can raise money, raise awareness of key issues and raise attention to her race. Unlike many typical politicians, she connects with people and is a compelling messenger,” Conway said.

Morgan Jackson, a Democratic strategist, told The Times the race will be a contest.

“There are a lot of people ahead of Lara Trump in line. Given how rare it is that there’s an open seat, I don’t believe any of the folks who actually live in North Carolina and have been here will get out of the way for someone else,” he said.