Home Daily News Watch: GOP Senator Gets Twitter CEO To Admit He Had No Evidence... 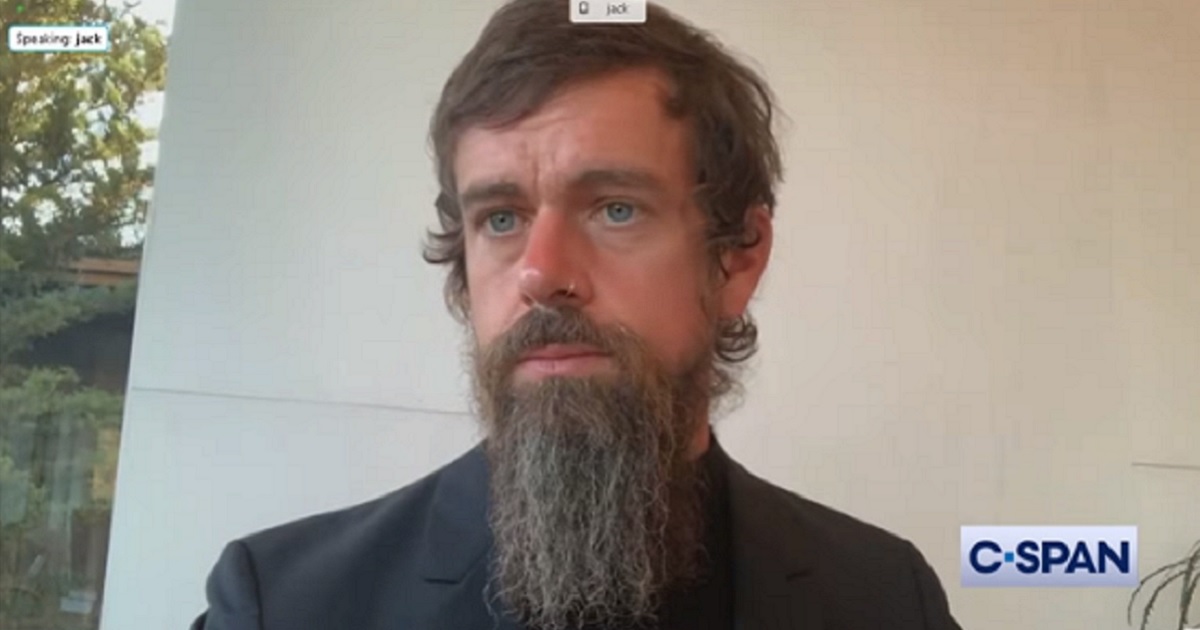 I’m sure Twitter CEO Jack Dorsey is a busy man, but a bit of beard maintenance might have done him some wonders during his virtual appearance Wednesday before the Senate Commerce, Science, and Transportation Committee.

Dorsey’s beard, which looked like something you might have seen sported by some guru at the Esalen Institute in the 1960s, was a hearty reminder that Silicon Valley types are Not Like Us.  I had it on in the background as I worked, which meant I wasn’t paying rapt attention to the hearing, but I couldn’t help but notice Dorsey’s beard and a demeanor that didn’t just suggest, but openly admit of the fact he’d rather be anywhere else. There was a reason.

In the run-up to Election Day, Twitter has come under fire for censoring a series of New York Post stories regarding emails found on computers allegedly taken in for repair by Hunter Biden. Those emails contain evidence former Vice President Joe Biden knew quite a bit more about his son’s work in Ukraine and China that he previously said he did.

The bombshell email was from Vadym Pozharskyi, reported by the Post to be the No. 3 executive at Burisma. That’s the Ukrainian energy concern that put Hunter Biden on its board in a well-remunerated position despite the fact he had little experience in Ukraine or the energy sector.

“Dear Hunter, thank you for inviting me to DC and giving an opportunity to meet your father and spent [sic] some time together. It’s realty [sic] an honor and pleasure,” the April 17, 2015, email gushed.

Joe Biden has maintained he has “never spoken to my son about his overseas business dealings.” Coming just before the election, this is problematic. So was Twitter’s decision to lock the New York Post out of its account for two weeks because (Twitter claimed) the story contained hacked information.

We believe that labeling Tweets and empowering people to assess content for themselves better serves the public interest and public conversation. The Hacked Material Policy is being updated to reflect these new enforcement capabilities.

However, after the Washington Examiner reached out to Twitter about the possible restoration of access to the New York Post’s account, the newspaper reported that Twitter “is not retroactively changing its enforcement decisions and is requiring the outlet to delete old tweets containing the story that it said were in violation of its old policies.”

In other words, Twitter is using Jesuitical logic to make the New York Post admit it’s wrong even though the network admits its policies “hacked information” were flawed. This brought up an interesting question, though: Does Twitter have any reason to believe the story is false? Any evidence it’s deliberate misinformation?

“We don’t”: Twitter CEO Jack Dorsey admits they don’t have any evidence to say the New York Post Biden story is disinformationhttps://t.co/pCnv4L9doW pic.twitter.com/O4iye3COEo

“For both Mr. Zuckerberg and Mr. Dorsey who censored New York Post stories or throttled them back, do either one of you have any evidence that the New York Post story is part of Russian disinformation or that those emails aren’t authentic?” Johnson asked.

“We believed it fell afoul of our hacking materials policy,” he said, but was reminded by Johnson that the emails weren’t hacked.

“We updated our policy and our enforcement within 24 hours,” Dorsey said.

This led to one of the more tense exchanges of the day between Dorsey and Republican Texas Sen. Ted Cruz. I encourage you to watch the whole exchange, but Dorsey’s explanation of the New York Post’s situation is priceless:

“Yes, they have to log into their account, which they can do at this minute, delete the original tweet, which fell under our original enforcement actions, and they can tweet the exact same material from the exact same article, and it would go through,” Dorsey responded.

“So, Mr. Dorsey, your ability is you have the power to force a media outlet — let’s be clear, the New York Post isn’t just some random guy tweeting. The New York Post has the fourth-highest circulation of any newspaper in America,” Cruz said.

Is Big Tech bias interfering in the 2020 election?

Dorsey continued to say that the story was a terms-of-service violation when it was tweeted. When asked by Cruz if media organizations had to “genuflect” before Twitter, Dorsey said “we recognize an error” in the hacking policy but that the Post still has to go in and delete the article, then retweet it.

In short, Twitter knew from the beginning there was no evidence this was hacked material or Russian disinformation. It also should have known, by the lack of denials being issued from the Biden campaign, that the likelihood this was a hoax was minimal.

During his grilling of Dorsey, Cruz openly wondered “who the hell elected you.” Apparently, shareholders more interested in someone who could grow a beard than who could defend his company’s censorship decisions.

That would almost be funny if it weren’t for the fact this man’s company controls so much of the information we consume.