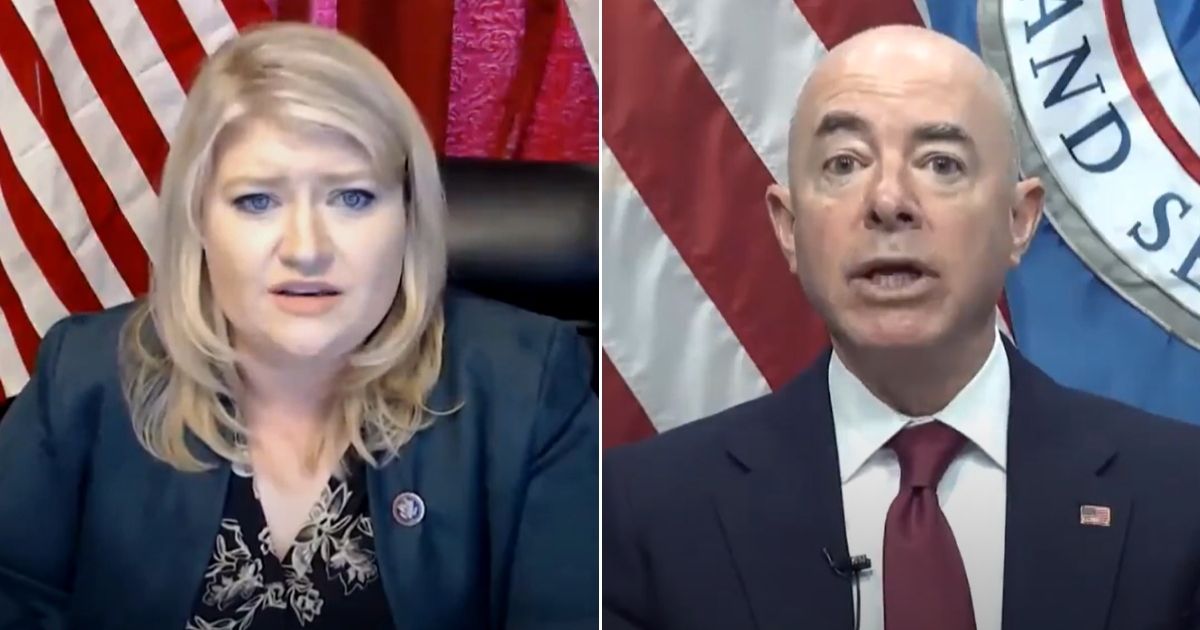 Homeland Security Secretary Alejandro Mayorkas seems to have learned a lesson or two from House Speaker Nancy Pelosi about avoiding tough questions. All one has to do is discredit the question itself.

In two short months, the Biden administration has squandered the fruits of years of hard work to rein in the chaos at our southern border. As a result of a series of foolish executive orders signed by President Joe Biden on the day he was inaugurated, the conditions at the border have deteriorated into what can only be described as a crisis.

And Republican members of the committee weren’t bashful about calling out the hyperpartisan DHS secretary about it.

Florida Republican Rep. Kat Cammack opened her questioning by asking what the letters of “FEMA” stood for. She wanted to establish that it was a federal agency that responded to emergency situations in the U.S. but has been dispatched to the border to assist with the current crisis.

Shifting gears, she asked Mayorkas if he supports the current security fence, complete with barbed wire, that surrounds the Capitol building and if he felt it was necessary.

Growing impatient with Cammack’s line of questioning and knowing where it was leading, he said that he was not an “expert” in that area. He had not studied the situation.

The congresswoman said she just wanted to establish that barriers do work.

Reclaiming her time, Cammack told Mayorkas, “I just want to bring it home a little bit. See, I’m from a small town out west and the month before I was supposed to graduate high school — which was 2006 — one of my classmates was kidnapped by an illegal who had been deported multiple times.”

Do you believe Biden and Mayorkas will solve the border crisis?

She continued, “And I think when you have policies that incentivize folks to come over illegally and we don’t have the proper mechanisms in place to protect our borders — as you say, FEMA has been deployed and they are an emergency agency — that kind of impact has resounding effects.

“So, my question to you — her name was Amber Scott, the young lady that was kidnapped by this illegal criminal — how many more Ambers have to be kidnapped across America before you will take action?”

“Congresswoman, I find that question to be extraordinarily disrespectful,” he responded. “Disrespectful not only to me but disrespectful to the men and women of the Department of Homeland Security and to all the frontline personnel throughout this country who dedicate themselves to the safety and security of the American people.”

Despite the mayhem taking place at the border, Mayorkas has stopped short of calling the situation a crisis. Instead, he refers to it as a “challenge.” Biden also refuses to acknowledge the current reality.

It won’t be long until the crime rates in the areas most affected by the crisis skyrocket. It is inevitable. And the Democrat-made disaster will be impossible to ignore.

Fox News reported Thursday morning that two members of the Biden administration who are working on border issues believe that the president and his surrogates are wrong not to admit this is a crisis.

Brandon Judd, president of the National Border Patrol Council, said, “A week ago I would not have called this a crisis. Today it meets the definition. We are overwhelmed. We do not have the resources to stop the cartels from bringing in illegal aliens, from bringing in drugs, therefore we are in fact in a crisis.”

A second official with Customs and Border Protection, who wished to remain anonymous, said, “The president understands it is a crisis, which is why he told migrants, ‘Don’t come over.’”

“Do you have to say quite clearly, ‘Don’t come’?

Biden: “Yes, I can say quite clearly: Don’t come over…Don’t leave your town or city or community.” https://t.co/eNhw9ARhzg pic.twitter.com/isbaH4SD5y

Biden has no current plans to travel to the border.