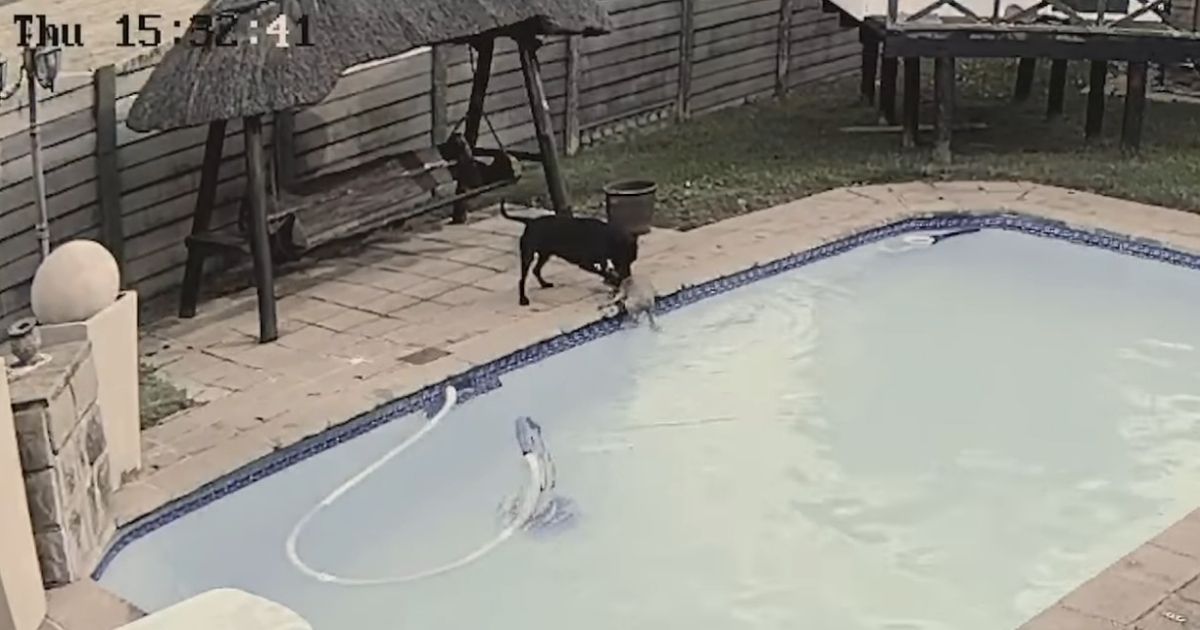 When Byron and Melissa Thanarayen of Boksburg City, South Africa, got home one day in April, they were met with a puzzling sight. They own three dogs, but two of them were damp.

Chucky, a 13-year-old Pomeranian, and Jessie, who looks like a young pit bull mix, both had wet fur — but there was no sign of a spill in the house.

“We tried to look for clues as to where he could have wet his head,” Byron told Southwest News Service, according to Fox News. “We thought maybe he dipped his head in the water, but there was no mess in the house to support this suggestion.”

With a bit of sleuthing, though, Melissa uncovered the heartbreaking truth of what had happened and realized how close she’d come to losing Chucky.

“I still cannot believe that this has happened,” she shared on Facebook. “We Got home, I noticed my Little Grandpa Toy pom (Chucky) was wet, which was very weird to me.

“So I walked around the house trying to spot what on earth he did but couldn’t find any clues as to how he got so wet. (They have access to come in amd out the house even if we are not here…

“Something inside of me told me to go back to the security footage to find the very disturbing occurrence. This absolutely Broke my heart knowing how my baby struggled. He is almost 13 years old and grew up around a pool and it has never happened before.”

The security footage, which the couple has shared, showed Chucky falling into the pool and treading water for 34 minutes, circling the pool over and over again, trying desperately to get out.

At some point, Jessie showed up. Clearly anxious at the sight of her canine pal in distress, she could be seen barking and racing around to different parts of the edge of the pool, trying to reach Chucky.

Finally, after the Pomeranian had been in the pool for over half an hour, Jessie managed to get a secure hold on him and haul him out of the water.

“It was heart-wrenching to watch,” Byron said, according to Fox. “We still struggle to watch that video today, just thinking of what could have happened if Jessie was not there.”

“I’m really proud of her, considering she is the youngest. Our dogs know how to swim but they always swim with us and not when we are not with them.”

“(Before you start judging… we are getting the pool covered!)” he posted along with the video on social media. “I can’t believe she did this! It broke our hearts to see this happen when we looked at the security footage.”

Jessie’s story has made it around the world and she was recognized by the Boksburg SPCA — the pet center where she was originally adopted — with an “Animal Hero Award,” which included a certificate, photo op and all sorts of dog goodies.

“What a FABULOUS morning!” the Boksburg SPCA New FB Page shared on Tuesday. “So privileged for us all to meet JESSIE and present her with our ANIMAL HERO AWARD — well deserved for saving her 13yr old Pom brother Chucky from drowning.

“JESSIE also received a fabulous hamper full of goodies & treats and Chucky was handed a ‘Pamper Day’ voucher from The Doggy Parlour … we reckon he’s earned it!”