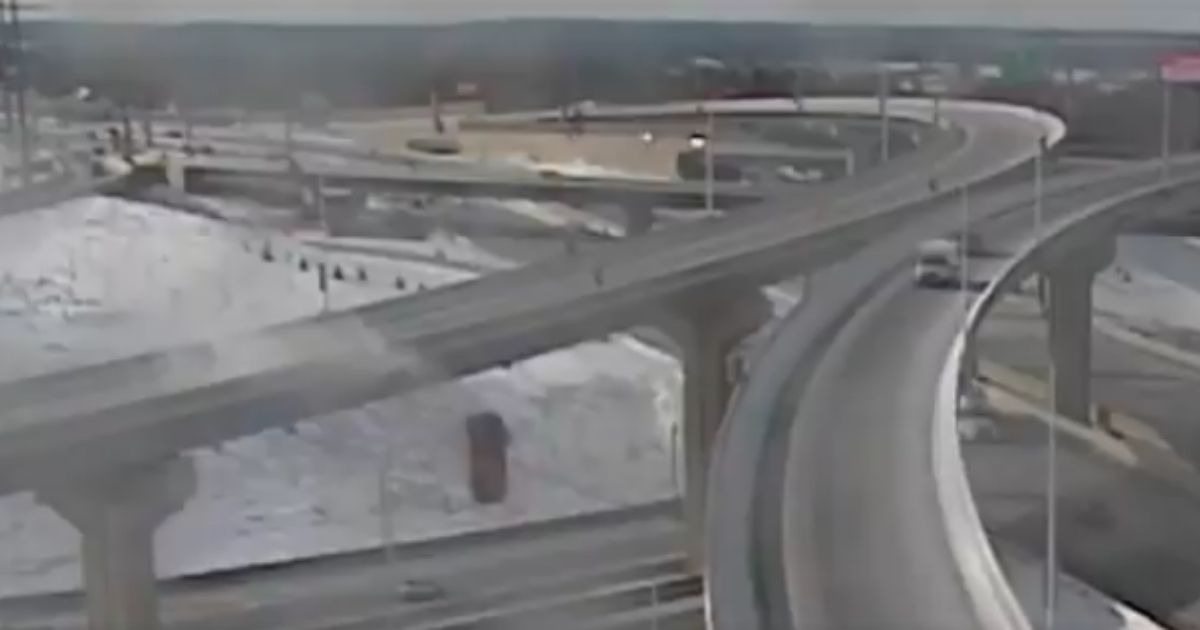 The great Russian novelist Fyodor Dostoevsky once remarked that “life is a gift … every minute could have been an eternity of happiness! If youth only knew! Now my life will change; now I will be reborn.”

No matter what one’s religious views are, I would hope everyone can agree with Dostoevsky that life is a gift from something far beyond ourselves, a gift many of us seem to take for granted more often than not.

Sometimes, sadly, it takes a (narrowly averted) tragedy to enable us to reflect on and appreciate the marvelous gift we have been given.

WISN-TV in Milwaukee reported Monday that “a driver is lucky to be alive after he skidded off an interchange ramp and plunged 70 feet to the highway below” last Saturday morning in West Allis, Wisconsin.

“The Milwaukee County Sheriff’s Office said a pickup truck [was] traveling on I-94 when the driver skidded off the eastbound to the southbound ramp.”

“When deputies arrived, they found the pickup upright. Two people were helping the driver, who was conscious and breathing. The sheriff’s office said he did not show signs of impairment, [and he] was taken to an area hospital for treatment.”

WISN reported that sheriff’s deputies didn’t release the driver’s name, but his sister told the TV station that he had a long recovery in front of him. She posted on social media that he had suffered a broken back, neck and legs.

You can watch a video of the crash here; WISN said it obtained the video from the Wisconsin Department of Transportation.

CAUGHT ON VIDEO: A driver is lucky to be alive after he skidded off an interchange ramp and plunged 70 feet to the highway below: https://t.co/CmzWuDMaIa pic.twitter.com/sdlhE10WKH

The general public appeared to recognize the miracle of the driver’s survival.

That driver needs to purchase a lottery ticket. He is one lucky man.

That’s insane! What was that flash a second before hitting the ground?!? Glad no one was injured, it hurt just watching it!

Phenomenal that the driver wasn’t killed, and that no-one was hurt in the lower carriageway.

Thinking about our own mortality isn’t fun, but it does offer a mechanism for thinking about the happy, enjoyable and fulfilling aspects of our lives.

What will you do to celebrate the gift of life today?

More importantly, nobody needs to look death in the eye in order to view the world with greater confidence and understanding.

Marcus Aurelius, legendary Roman emperor and Stoic philosopher, once argued that people should “think of the life you have lived until now as over and, as a dead man, see what’s left as a bonus and live it according to Nature. Love the hand that fate deals you and play it as your own, for what could be more fitting?”

More simply, his argument is that you should live every day as if it’s your last, not worry about what might have been and enjoy the time you’ve been given.

The world already can be a depressing place, but there’s little point in stewing over the hand that fate has dealt us.

When a tragedy takes something from us, or presents a long road to recovery — as with the driver on I-94 — we ought to think first about what we still have rather than what we have lost.