Home Daily News Watch: Deputy Pulls Over Biker, What Happens Next Is Why Police Are... 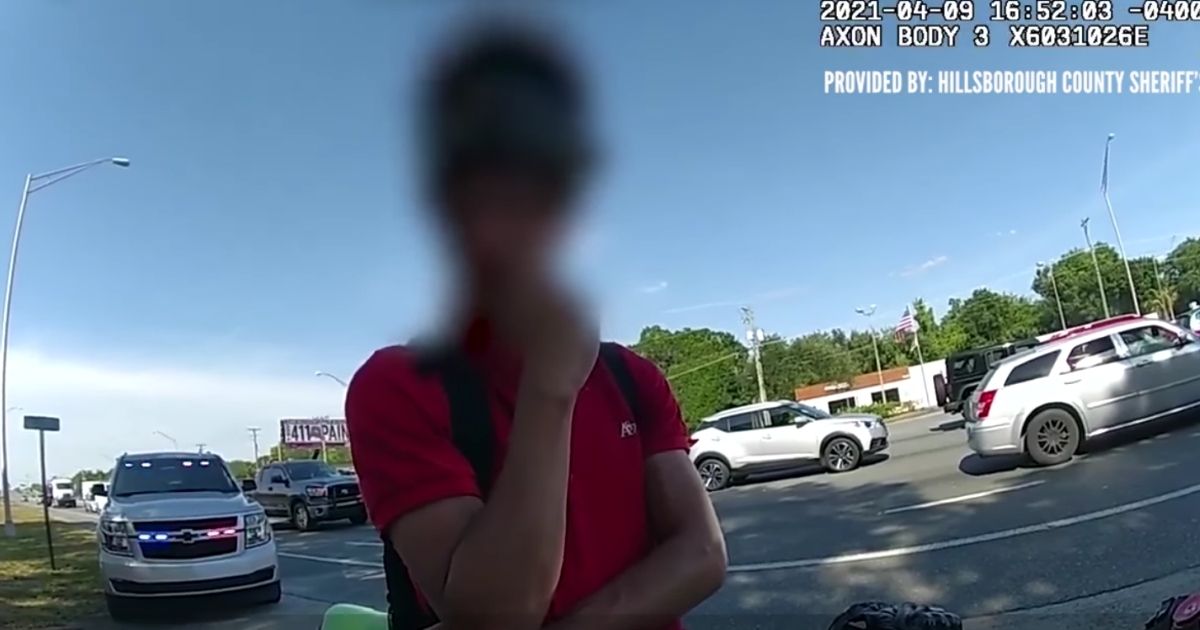 Following a year in which police officers have been branded the human face of evil to so many indoctrinated Americans, wearing a badge now comes with more risks than ever for the country’s front-line public safety workers. Cops are being targeted by violent street thugs on patrol while they face other challenges when up against leftist district attorneys, activist reporters and corporate America.

Ben & Jerry’s, a company that is supposed to make overpriced ice cream, actually came out swinging last week and called for the complete defunding of all police agencies on Twitter.

The murder of #DaunteWright is rooted in white supremacy and results from the intentional criminalization of Black and Brown communities.

This system can’t be reformed.

It must be dismantled and a real system of public safety rebuilt from the ground up.#DefundThePolice

America is at a very bizarre and disheartening place. We know none of the above entities would like people to see the little things cops do, day in and day out, to help their communities and those who live and work in them.

The actions of a sheriff’s deputy in Florida earlier this month, which were caught on video, could go a long way toward reminding some people that police officers are tasked with many challenges, and sometimes they’re willing to go above and beyond to serve those in need.

Master Deputy Donald Rizer, with the Hillsborough County Sheriff’s Office, recently stopped a man on a motorcycle in Tampa, Florida, who was having a challenging day after he said he watched a friend die in a motorcycle crash, WTSP-TV reported.

Rather than write that man a ticket, or scorn him for a minor traffic violation over his bike exhaust, the deputy shared a little wisdom and a lot of humanity with a person who was grieving.

Would you encourage a young person to become a police officer in today's social climate?

“I had a horrible week,” the man said in a video captured by Rizer’s body camera. “I saw my friend die in front of me.”

Rizer encouraged the young biker to take off his helmet and breathe. The deputy told the rider he’d seen too many people die on motorcycles and urged him to stay off the road while he was in a state of distress.

“I’m glad I stopped you if you’re emotional like that,” Rizer told him. “When you get a chance to talk to people — you know, that can help you, it really can, because I don’t want to see anybody to die on a motorcycle.”

“You’re the first person I actually talked to, to be honest,” the biker said through tears.

Rizer wasn’t about to nail the kid over a few minor infractions. He pivoted to handle the situation with what it required, which was humanity. At the end of the stop, Rizer offered the biker his personal mobile phone number.

RELATED: Dershowitz Weighs In with a Big Prediction About Chauvin's Appeal: ‘The Judge Made a Terrible Mistake'

“That’s a warning for the exhaust, this is the checklist I was telling you about — just read it, familiarize yourself. And that’s my personal cell phone number if you ever need to talk, alright?” he said.

“This traffic stop is just one example of the positive impact Deputy Rizer strives to make every day in our community. Not only is #teamHCSO​ lucky to have him, but we are confident when we say #HillsboroughCounty​ is lucky as well,” the sheriff wrote.

Law enforcement officers have generally, throughout most of our lives, enjoyed a healthy balance that sees them ride a line between adversary and ally to the public at large. They apprehend monsters, while, in turn, we hope they don’t see us do things like blast through yellow lights.

We of course can’t forget that some officers in parts of this country have been overzealous with regard to the enforcement of Democratic COVID-19 orders. There are a few bad apples in every bunch, while the jobs cops do in general are critical for our country to function.

Cops, by and large, are wonderful people — which you know if you’ve ever bothered to spend any amount of time engaging them in conversation. Every power trip seeker who goes through the academy is vastly outnumbered by good people who want to serve their communities with distinction.

These are people who literally run toward gunfire. It’s difficult to fathom why some of them don’t simply walk off the job at this point. Never, not in a million years, could some of us ever have fathomed that every single cop in this country would be demonized by the country’s institutions, as they have been since last spring.

We all likely heard cop jokes growing up, and maybe told a few ourselves. Police officers have forever been linked to breakfast pastries, pigs and traffic citation quotas. Some of those jokes used to elicit humor — even from officers. Wouldn’t it be nice to have those days back?

If only we were so lucky to live in a world unburdened by the real-world effects of leftist Democratic Party identity politics and the media narratives they create. Those narratives are getting people killed.

In reality, when the news cameras are off, some officers do become the social workers and psychologists that leftists want to replace them with. Luckily for those of us who appreciate the toughness of the job these people do, Rizer’s body camera was on.

What you see on that video is something that doesn’t fit the narrative: empathy.