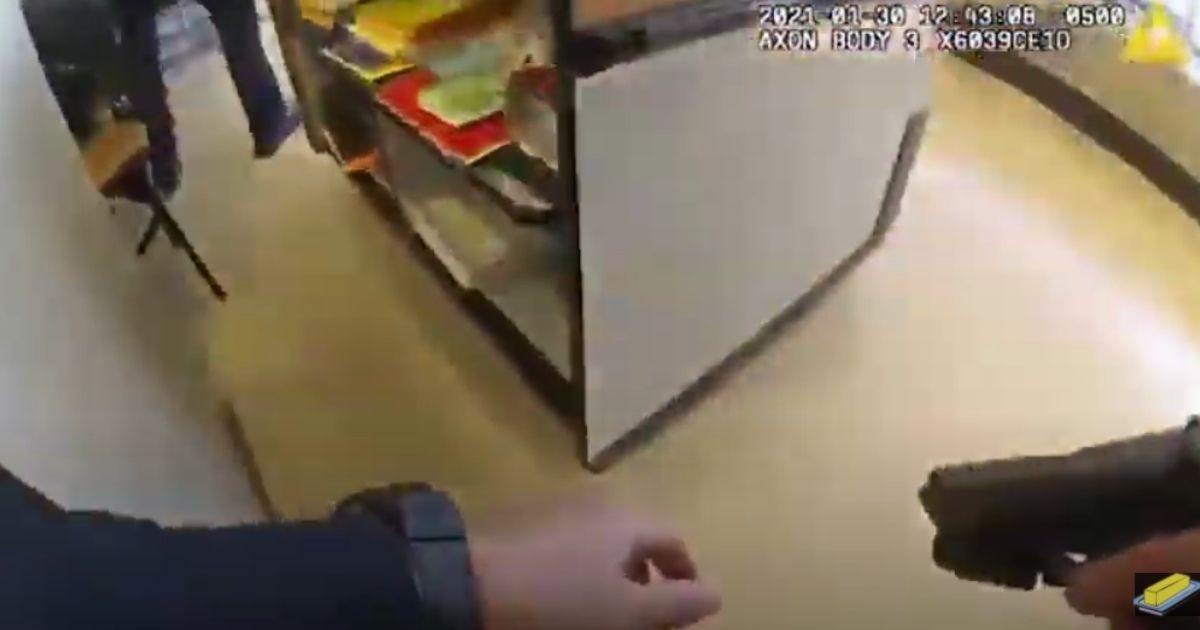 An incident in Baltimore that began Jan. 30 with a grocery store security guard upset over a paycheck issue escalated into an in-store shootout before the suspect in that ordeal was killed days later in another shooting.

A U.S. marshal was critically injured in the second shooting but is recovering, according to WJZ-TV.

Dontae Green, 34, who worked as a security guard in the store, Compare Foods, was believed to be upset with store management about his pay, the TV station reported.

Police then were summoned to a report of an armed man in the store.

Video of the police response shows officers, with guns drawn, combing the store until shots are fired, the point at which pandemonium breaks loose. The body-cam video was released this month by the Baltimore Police Department.

WARNING: The following video contains graphic events that some viewers will find offensive.

After the initial shots, the officers split up in search of the shooter as frantic employees and shoppers screamed.

During the incident, a 20-year-old man was shot in the arm.

Should the defund-the-police crowd see this video?

Green exchanged gunfire with Officer Wesley Rosenberger but was able to escape the store through a back door, according to WJZ.

A few days later, Green was tracked to a West Baltimore residence, where two U.S. marshals attempted to serve Green with a warrant, according to The Washington Post.

Green hid in a closet and fired at officers looking for him. He was killed when they returned fire, the newspaper reported.

One of the marshals was critically injured, according to WJZ. The marshal, whose name was not released, initially was placed on life support but since has been released from the hospital.

“It goes without saying, going after violent offenders is one of the most dangerous jobs in America,” Harrison told The Post.

“This is a very dangerous situation, and we have to remember that we will be going after these violent criminals,” Baltimore Mayor Brandon Scott said, according to WBAL-TV. “It shows how proactive the department is being going after those who are recklessly acting with abandon with the safety of fellow Baltimoreans, and it’s something we will not tolerate.”