Home Daily News Watch: Biden May Have Just Made One of His Most Ridiculous Comments... 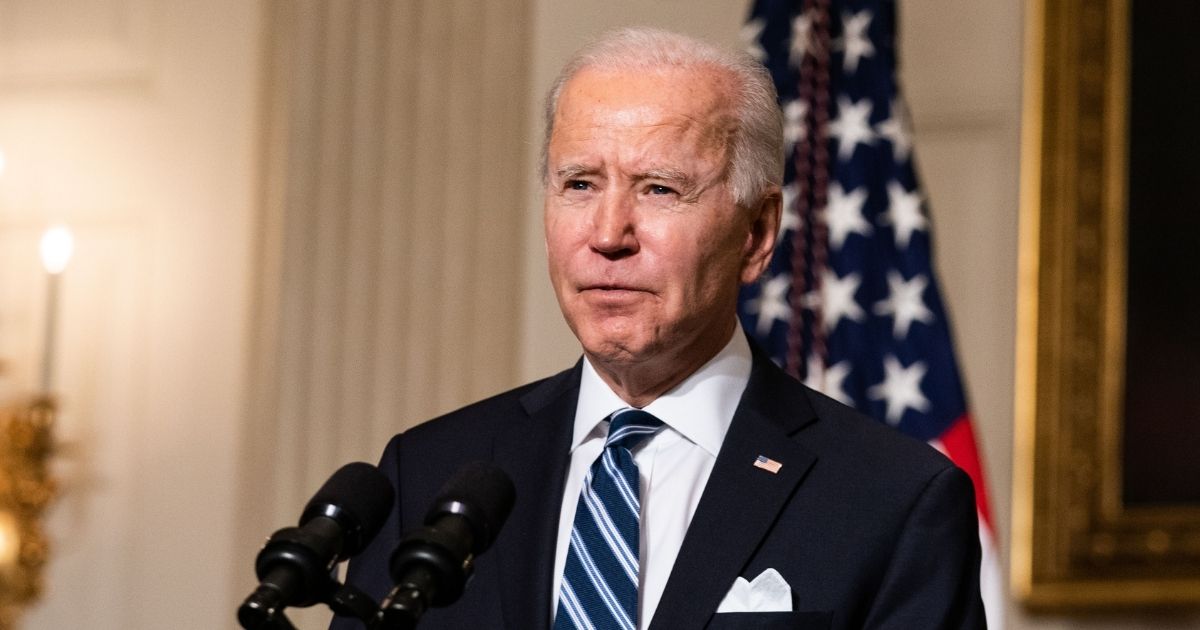 President Joe Biden had a busy first week in office.

Along with the myriad other awful executive orders, the new president successfully made women less safe in restrooms, made the country’s borders less secure and single-handedly killed 8,000 union jobs — and that was just his first day in office.

Now a full week into his presidency, Biden wants to eliminate more jobs with his climate change executive orders while claiming to actually create them (it’s confusing unless you accept the simple fact that he’s lying).

Biden spun this tale while making remarks at the White House on Wednesday before signing away America’s energy independence with such actions as eliminating new gas and oil leases on federal land and killing subsidies for fossil fuel companies.

TRENDING: Restaurant Owner Rips Biden’s $15 Minimum Wage Plan, Reveals What It Will Do to Small Businesses

While playing on climate change hysteria and promising good things to come, Biden outlined plans that mostly seemed designed to tear down the legacy of his predecessor and implement far-left climate policies through executive fiat.

“We’re talking about American innovation. American products, American labor,” he said. While it’s true, it’s not in the way he means.

“In my view, we’ve already waited too long to deal with this climate crisis. We can’t wait any longer,” the president said. “We see it with our own eyes. We feel it. We know it in our bones. And it’s time to act.”

Do you think Biden’s climate policy will kill more jobs than it creates?

Biden went on with the usual talking points of blaming climate change for wildfires, hurricanes and other naturally occurring disasters to sufficiently set the stage for a crisis that can somehow only be solved by suppressing the economy and leaving thousands of Americans out of work.

“When we think of climate change, this is a case where conscience and convenience cross paths, where dealing with this existential threat to the planet and increasing our economic growth and prosperity are one and the same,” Biden said.

“When I think of climate change and the answers to it, I think of jobs,” he went on, gilding the lily by adding these would be “good-paying union” jobs (perhaps like the ones he already eliminated?).

RELATED: John Kerry to Workers Whose Jobs Were Killed by Biden: You Can Go Make Solar Panels

“We need engineers to design them and workers to manufacture them. We need ironworkers and welders to install them,” he said.

“Technologies they invent, design and build will ultimately become cheaper than any other kind of energy, helping us dramatically expand our economy and create more jobs and a cleaner, cleaner environment. We will become the world’s largest exporter of those technologies, creating even more jobs,” he said.

Many who have watched the Biden administration buddy up to America’s enemies while killing existing jobs were rightly skeptical of these promises.

I’m gonna summarize this clip of Biden talking about workers in one sentence: We’re going to create jobs because we’re eliminating jobs. pic.twitter.com/oPoWmnSEHu

You’re the only one

“Says the man who just eliminated thousands of jobs in the name of ‘climate change,’” author Matthew Betley quipped.

“Tell that to the union & skilled trades workers who’ve already been laid off,” Republican Sen. Steve Daines of Montana tweeted.

“Tell that to the families who are now wondering how they’re going to put food on the table and pay their bills.”

.@JoeBiden claims his attack on Made in America energy will lead to jobs.

Tell that to the union & skilled trades workers who’ve already been laid off. Tell that to the families who are now wondering how they’re going to put food on the table and pay their bills.

The fact of the matter is that even if Biden is right about all of these new jobs that could be created, an entire workforce will need new skills and retraining — a fact that the career politician had already dismissed when he cavalierly advised coal miners to “learn to program” when their jobs get eliminated.

It’s unconscionable that he made this promise when his executive orders already killed thousands of actual jobs that he now wishes to replace with a promise of new jobs not yet created.

Biden has glommed onto the radical left’s idea of electric cars whizzing past fields of solar panels in a future utopia while ignoring the reality that the nation still relies on the tough men and women who pull the stuff that fuels the world out of the earth.

The new president has no interest in building back better as his slogan promises but rather tearing down an industry many Americans already rely on for their livelihoods.