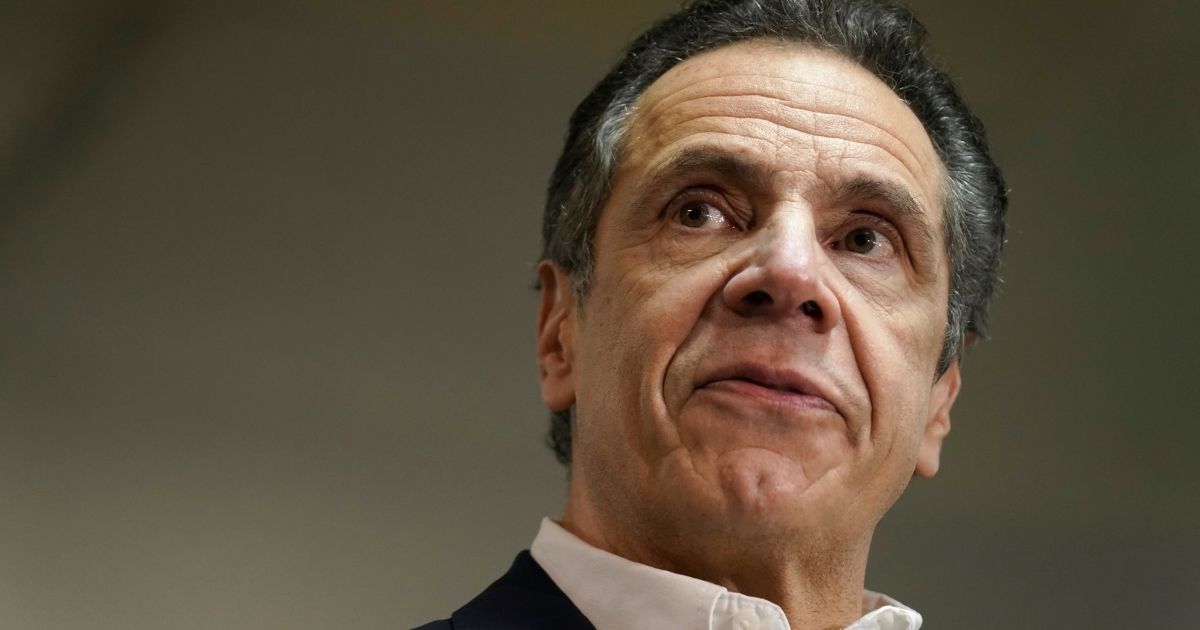 A state worker claims Democratic Gov. Andrew Cuomo of New York sexually harassed her on multiple occasions, according to a new report.

Cuomo would “ogle her body, remark on her looks, and make suggestive comments to her and another executive aide,” The New York Times reported Friday.

Alyssa McGrath told The Times she is the co-worker of an Executive Chamber employee who, according to published reports, alleged that Cuomo groped her while she was working.

The complaint is the latest allegation against Cuomo, who has been charged by several women with sexual harassment, including three who formerly worked for him. Collectively, McGrath is the eighth woman to come forward. Although multiple top Democrats have called upon Cuomo to resign, he has so far refused to do so.

McGrath said the aide who alleged the governor groped her “froze when he started doing that stuff to her.”

“But who are you going to tell?”

The staffer told The Times Cuomo never touched her but believes her treatment amounts to sexual harassment.

“He has a way of making you feel very comfortable around him, almost like you’re his friend,” McGrath said. “But then you walk away from the encounter or conversation, in your head going, ‘I can’t believe I just had that interaction with the governor of New York.’”

McGrath recalled a Saturday in February 2020 when she and her co-worker were working alone with Cuomo at the state Capitol. The women were talking about a trip to Florida they were planning.

Will this be enough for Andrew Cuomo to resign?

McGrath, now divorced but just separated at the time, said Cuomo asked her married co-worker if she was going to meet men and “mingle” in Florida.

“He called us ‘mingle mamas’ for the rest of the day,” McGrath said.

In early 2019, the staffer said she was called to the Executive Mansion, where Cuomo spoke to her in Italian. She later asked her parents to translate.

“It was commenting on how beautiful I was,” she said. Not long afterward, she was called to Cuomo’s office to take dictation.

“I put my head down waiting for him to start speaking, and he didn’t start speaking,” she said. “So I looked up to see what was going on. And he was blatantly looking down my shirt.”

McGrath said he “made a reference, a subtle reference, saying, ‘What’s on your necklace?’ Which was in my shirt.”

She said she was embarrassed but kept working.

Rita Glavin, a lawyer for Cuomo, responded to the sexual harassment allegations, saying, “[T]he governor has greeted men and women with hugs and a kiss on the cheek, forehead, or hand. Yes, he has posed for photographs with his arm around them. Yes, he uses Italian phrases like ‘ciao bella.’”

“None of this is remarkable, although it may be old-fashioned. He has made clear that he has never made inappropriate advances or inappropriately touched anyone,” she said.

However, Mariann Wang, a lawyer for McGrath, said the phrase Cuomo relayed to the staffer in Italian was not “ciao bella.”

She said that the treatment McGrath described would be “unacceptable behavior from any boss, much less the governor.”

“The women in the executive chamber are there to work for the State of New York,” Wang said, “not serve as his eye candy or prospective girlfriend.”

McGrath told The Times she was irked by a March 3 news conference declaration from Cuomo that he never “touched anyone inappropriately.”

“It makes me really upset to hear him speak about this and completely deny all allegations,” she said. “And I have no doubt in my mind that all of these accusers are telling the truth.”

McGrath said the co-worker who alleged she was groped was also irked that she did not blow the whistle sooner.

“Her and I discussed this after the fact and now we’re like, ‘How did we not see this?’ Because it’s so blatant and obvious.”