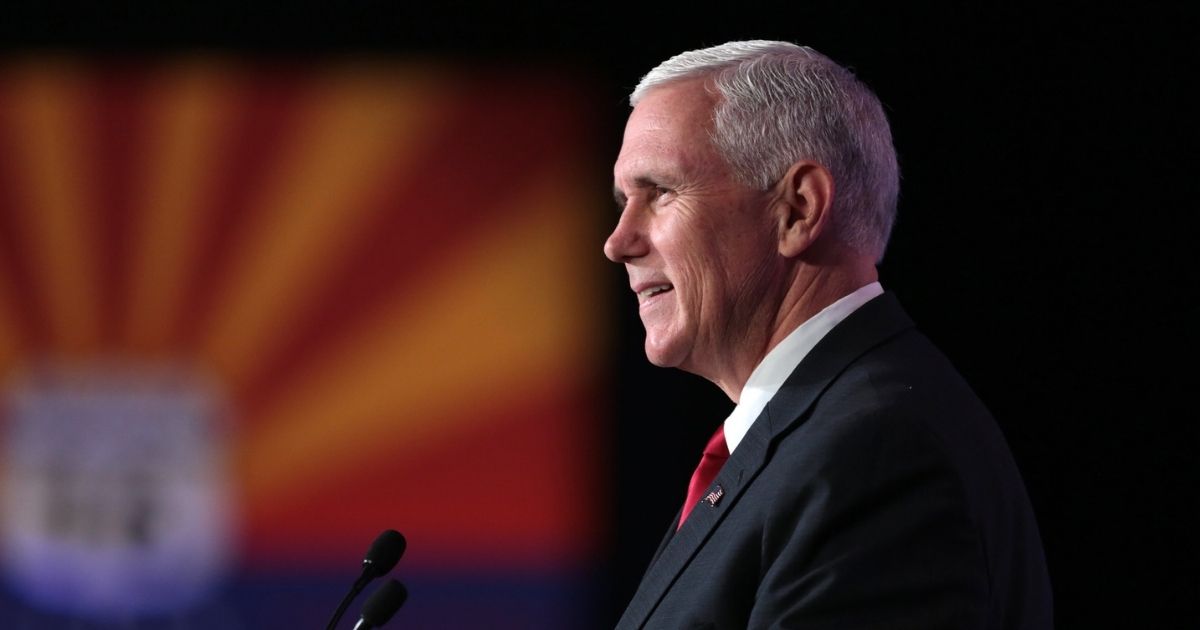 Charlotte Pence Bond, author and daughter of Vice President Mike Pence and second lady Karen Pence, delivered a powerful message on Tuesday about the 2020 presidential election and the importance of following God amid political and social unrest.

Bond shared a touching story about her father’s path to the vice presidency, recalling a moment years ago that defined her parents’ decision to dive further into public life.

She recalled a family vacation where the sights before her parents deeply inspired them.

“We went to this dude ranch and we were on a hike,” Bond said, noting that her dad was deciding at the time whether he should make another run for Congress after two previously unsuccessful bids.

At the time, Pence had a successful career in broadcast media and law. He could have continued on that path, but found himself pondering a deeper pursuit into politics — and that’s when the Pences saw something truly transformative.

Listen to the incredible story:

“My mom and my dad are standing on this cliff … and they look out over the cliff and they see these two hawks and they’re flying,” Bond recalled. “But they’re not flapping their wings, they’re just kind of gliding together, and the wind is just kind of carrying them along.”

The scene truly spoke to Karen Pence, who told her husband something that the couple has since held dear.

Do you think Mike Pence has been a good vice president?

Bond said her mom felt the family should let God “carry them” if they planned to embark on another political run.

Pence went on to be elected to Congress before later becoming the governor of Indiana in 2012, and then vice president of the United States just four years later.

The entire journey taught Bond and her family to focus on God and his path for their lives.

Looking back, she said it is often powerful to see the “ways that God is faithful and he does have a plan.” Now, she’s hoping to inspire others with that same message.

RELATED: ‘We Hope This Is a New Start,’ Sheriff’s Office Says After 17 Inmates Baptized

“I want to encourage you: if you’re nervous today — on Election Day — just remember that God has a plan for us,” she said. “Regardless of the results of elections, we respect the person who God has placed in authority.”

Bond urged people to pray for people in positions of power, and also called people to seek God in their own lives.

“Be ready for whatever God is calling you to do,” she said.

Listen to Bond’s powerful “Doubting It” podcast series here, and explore the Edifi app for thousands of additional Christian shows.