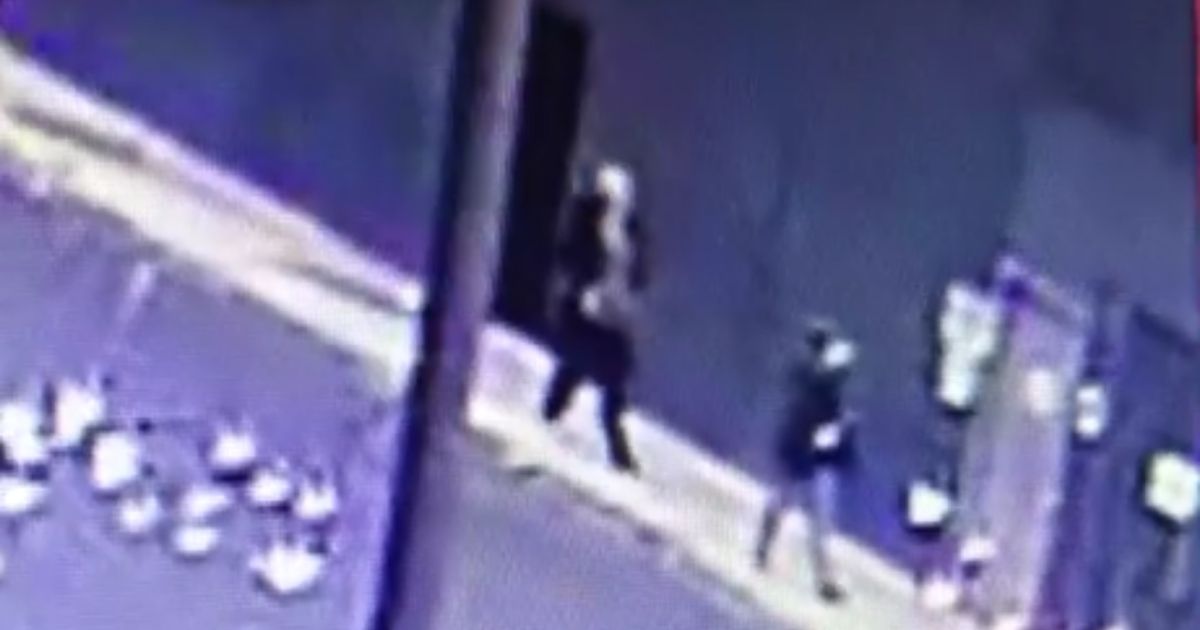 A staff member in Gov. Andrew Cuomo’s New York City office was attacked Thursday by a man who hit her over the head with a cinder block, police say.

The video shows what Cavanaugh did not see — a man coming up behind her.

In the footage, the man can be seen coming up beside Cavanaugh before dropping back behind her and following her.

The man appeared to be carrying a large cinder block.

TRENDING: ‘It’s Like Wearing Your Underwear’ on Your Face: Sen. Paul Blasts Mask Mandates in Interview

With no obvious explanation from the video, the man then raised the cinderblock over his head.

What happened next was not caught on video, but the New York City Police Department told the Post that the man hit Cavanaugh over the head with the object.

Cavanaugh was knocked to the sidewalk by the blow, the Post reported.

Do you believe that liberal politicians like Andrew Cuomo and Bill de Blasio have made the streets of NYC less safe?

The woman reportedly suffered a 2-inch-deep wound that required stitches. She was hospitalized, but the injury was not considered life-threatening, according to the outlet.

Police said Guzman told them he lives in a homeless shelter located on West 35th Street in Manhattan, the outlet reported.

The attack took place near a construction project.

One resident said she at first thought the object fell from a building.

“It was laying there. It wasn’t covered in blood. It was broken up,” Linda Rosenberg told the New York Daily News. “I was so unnerved. I thought something fell from the building. I didn’t realize someone attacked her like that.”

“It’s so scary,” added Meriam Choubne, who works in a CVS store near the site of the attack. “I guess nobody is safe anymore.”

“Lisa is a valued member of Team Cuomo and we have been in constant touch with her and her family to make sure she has everything she needs in her recovery. We thank the NYPD for their quick work in apprehending the person they believe attacked her,” Rich Azzopardi, a senior adviser to Cuomo, told WCBS-TV.