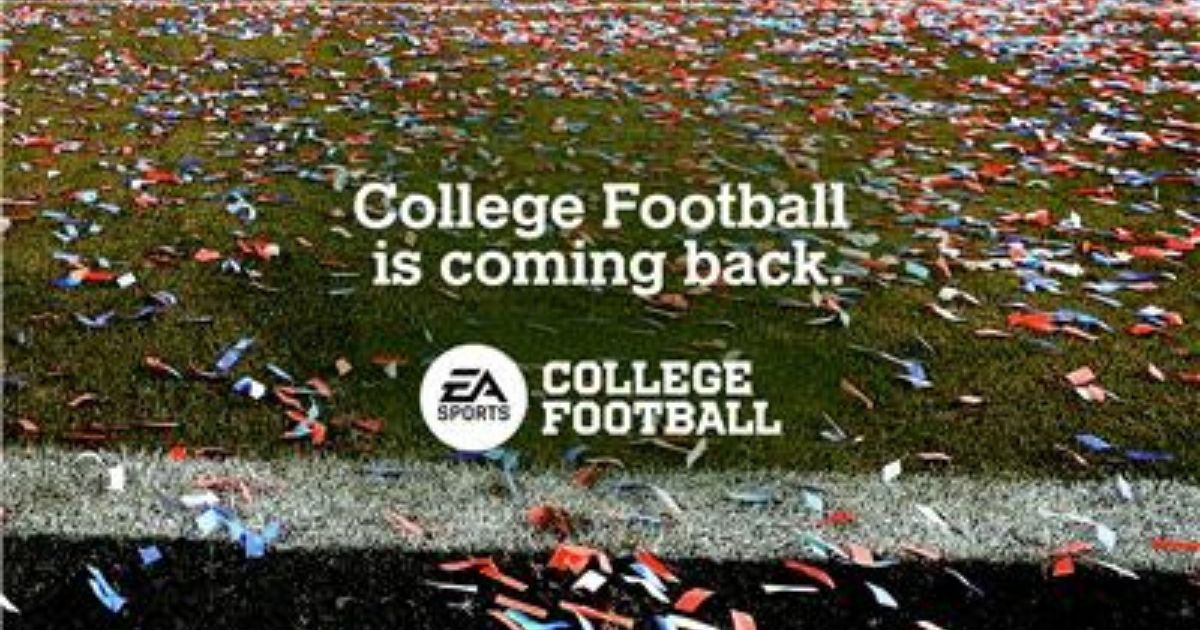 EA Sports has announced the return of its college football video game series after nearly a decade without a new release.

“As we look for the momentum that we’re building on in sports, it all starts with the passion of our fans and the opportunities of what they are interested in,” Holt said.

“I don’t think there’s a visit where I go outside wearing a piece of EA Sports-branded apparel that someone doesn’t go, ‘Hey, when is college football coming back?’”

Holt said the game will return at some point, but he wouldn’t commit to a launch date, ESPN reported.

It is still very early in the process, and the game won’t be released this year, according to Holt.

The company is working with the Collegiate Licensing Company to secure the use of stadiums, uniforms, mascots, traditions and names of over 100 teams.

Will you play the new game when it comes out?

Holt said the game will be “a deep, immersive experience that has true wide-open game play for college football.”

“Whether that’s a reimagining or an evolution of things that were in the game before or new things and new ways to play, I don’t want to get into the details of what we’re already planning and what we’ll put in that,” Holt told ESPN.

“But it will be something that our core fans, if they appreciated and loved NCAA 14, they will love this game because that’s just the starting point.”

EA’s newest game is proceeding without rosters that include the names, images or likeness of real college football players because current NCAA rules prohibit athletes from selling their NIL rights while they are still in college.

U.S. Sen. Chris Murphy, a Democrat from Connecticut, said he would introduce legislation to prevent the “mistreatment” of athletes following EA Sports’ announcement.

“EA Sports’ college football series reboot is just further proof that the NCAA’s priority is keeping their profits coming while keeping any and all revenue away from their athletes,” Murphy said in a statement.

“Cutting athletes out of this reboot so they aren’t responsible for paying them for their likeness is a grave injustice, and I’ll be introducing legislation soon to help players finally profit off their talent so they don’t need to face continued mistreatment like this.”

Holt responded that the company will monitor the discussion, but it will not impact if EA’s game is made.

“That’s been going on for a while and certainly wasn’t a ‘Wait to see what happens here,’ even as continued legislation gets proposed,” he said.

“It’s more around what we think we can do around the game and for our [game] players.”