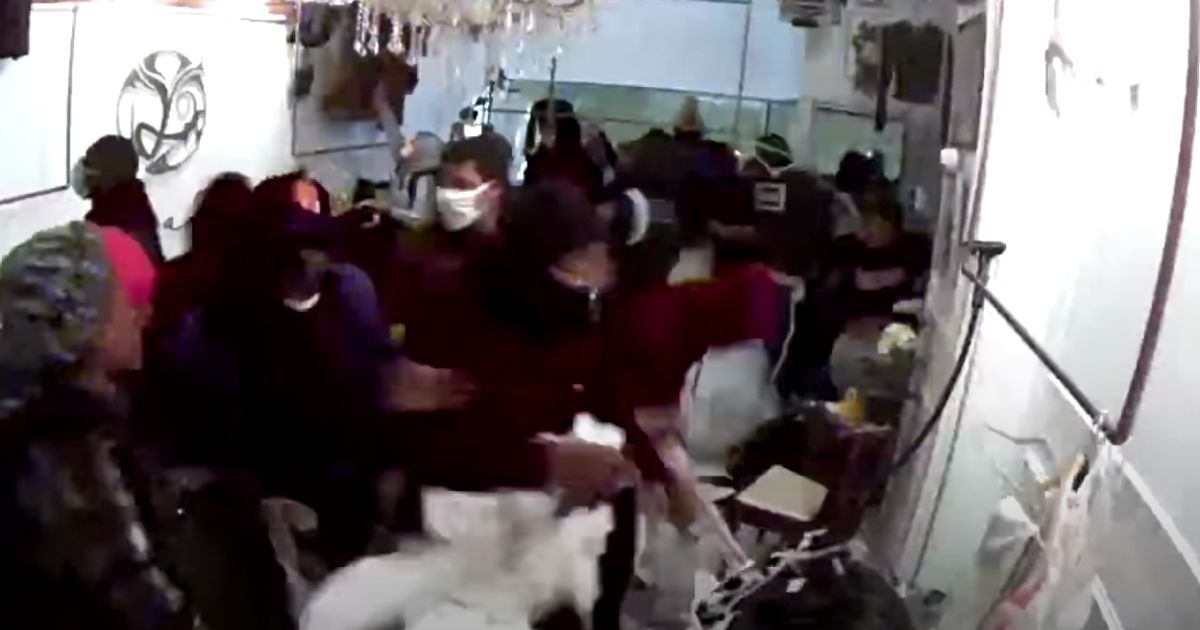 Americans have had enough of the nationwide riots.

While many on the left have defended the violence and looting of riots as merely an overdue expression of outrage over the alleged systemic injustices perpetrated by racially biased police officers in America, as it turns out, these riots have hurt the very people leftists purport to uplift: black business owners.

Yet another example of this comes in the form of entrepreneur and Peirce College graduate Jameelah Scurry.

Scurry is the co-owner (alongside her brother) of La’vanter Boutique, a Philadelphia boutique that was destroyed and looted amid unrest in Philadelphia following the shooting death of Walter Wallace Jr.

Wallace was killed by police officers on Monday afternoon. Armed with a knife, Wallace disobeyed police demands to drop the weapon, authorities said, and was moving toward the officers when they opened fire.

The Black Lives Matter-inspired protests that subsequently broke out in Philadelphia eventually led to riots that destroyed Scurry’s business on Tuesday, as seen in the video below:

WARNING: The following video contains vulgar language that some viewers may find offensive:

“It’s been a long, long rough journey from selling our home, moving, taking everything in our savings to basically follow our dreams and inspirations, me and my brother,” Scurry told WPVI-TV.

“Me graduating from Peirce, that was a long journey too. I actually was very, very proud of myself graduating in a pandemic. It was extremely hard with all the George Floyd riots and all of that going on, the injustice of black people and it just was a major accomplishment for me and my family.

“It’s been a long, long road,” Scurry continued as she began to break down into tears.

The sad reality under Democrat leadership.

A young entrepreneur in Philadelphia had her dreams vanish after looters destroyed her small business.

We don’t have to accept this as a reality.

Scurry set up a GoFundMe with the goal of raising $15,000 in hopes of saving the business.

RELATED: Sciascia: CNN’s Home Page Could Be a Major Clue That Trump Is Winning 2020

“It’s a real blessing. I appreciate each and everybody that reached out to even give us encouraging words, praying for us,” Scurry said.

“The GoFundMe, it really was a blessing, a major blessing to see that the community can come together and give us some type of light with all of the things that are going on in America.”

Although the group and the decentralized movement that champions its name haven’t (for the most part) told their advocates to engage in violent riots and looting sprees, Black Lives Matter has manufactured significant outrage by furthering the myth that police officers kill African-Americans at a disproportionate due to the innate anti-black racism that exists within the psyche of every white American.

Yes, you read that correctly.

The supporters of the BLM movement and the philosophies primarily motivating it (namely anti-racism, white fragility and critical race theory) advance this absurd, racist notion.

If the lies of BLM are to be believed — that innocent black men are hunted down every day by racially biased police officers and that the black community is perpetually held down by the unseen forces of systemic racism — then rioting, looting and violence in response to those perceived injustices only makes logical sense.

That’s why the left has been so hesitant to condemn the numerous riots that have followed “mostly peaceful” demonstrations.