Home Daily News Veterinarian Dog Owner in Tears After Stolen Yorkie Is Returned to Her... 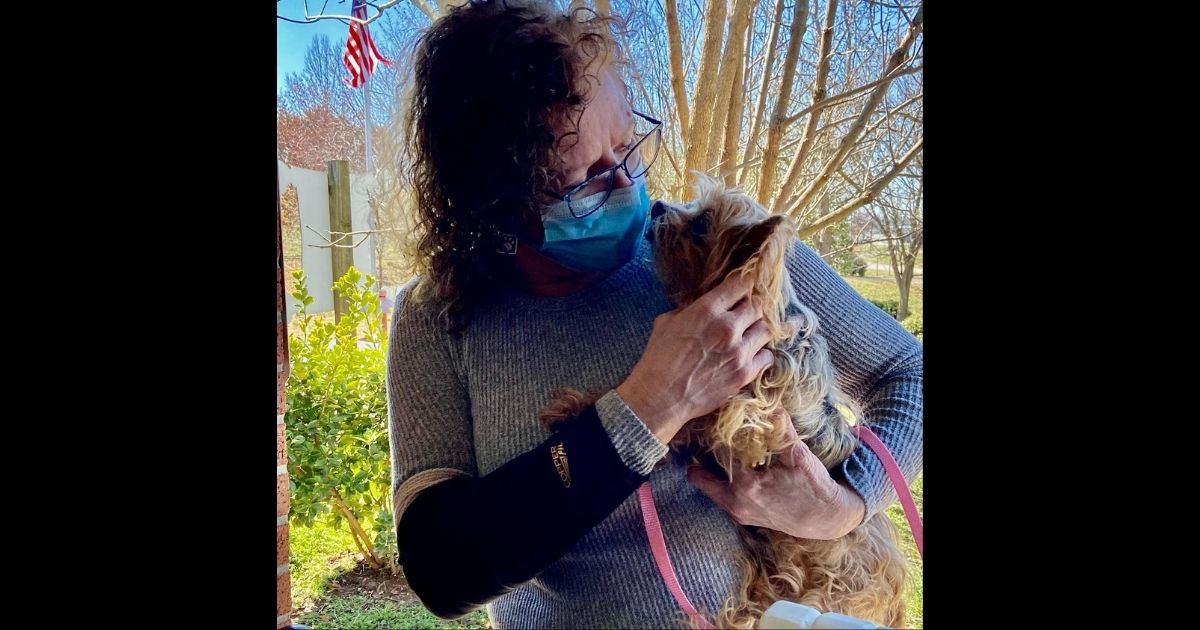 In 2008, veterinarian Karen Fox’s dog was stolen right out of her yard in Donelson, Tennessee. Her teenage son happened to look out the window to see a red Dodge pickup truck stop, someone get out and that person head toward the family’s Yorkshire terrier, Connor, who was in the front yard.

The family had had the pup for two years, as he was a rescue from one of Karen’s clients. They were all smitten with him, but Karen’s husband Timothy was especially fond of the tiny dog.

Every evening, he would get home from work and spend some quality time with Connor, brushing out his coat. No doubt it was therapeutic for both of them.

But on that day when the red truck stopped in front of their house, that bond was severed.

“Hey!” the teen yelled at the man who was stealing their dog. “Don’t think I don’t see what you’re doing with my dog!”

But the man took off with Connor, and search as they might, the family never knew what happened to their Yorkie. For weeks they looked and hoped, but Connor was gone.

But in early March, a woman spotted an elderly canine walking around the neighborhood. She caught him, held him for a week while trying to find his home and then took the dog to Metro Nashville Animal Control.

“Two days ago a good Sam brought us a dog she had found wandering,” the shelter posted on March 5. “She had held onto the dog for over a week, posting to lost and found groups and looking for an owner nearby.

“No one came forward so she made an appointment to bring the pup to our shelter, where we immediately scanned him for a chip.”

The dog had a chip. The chip had a number. That number was Karen Fox’s.

When she got the call on March 4 from animal control, she was stunned.

“It was pure, utter amazement!” she told the Tennessean. “I’m still amazed!”

RELATED: ‘Hero’ Dog Notices Something Is Not Right, Alerts Owner to Man Trapped in Freezing Water

“His name was Connor and he belonged to Dr. Karen Fox of @apachetrailvet hospital. We called her and she was completely shocked! THIRTEEN years ago, in 2008, Dr. Fox was outside in her backyard with 3 year old Connor,” the animal center continued.

“He wandered to the front of the house and she immediately went to find him. As she rounded the corner of her house and looked up she saw a truck pull up and grab Connor. She tried to flag him down but Connor was stolen right in front of her. She thought about him over the years, posted about him, attempted to find him — but had no luck. Until yesterday!”

By now, Connor was 16 years young and showing his age, but he still seemed to recognize his former owner when she came to pick him up, tears filling her eyes.

“Connor was brought out to Dr. Fox and he immediately licked her face and settled into her lap,” the post reads. “‘We have some catching up to,’ she said.”

Like many dogs his age, Connor has some health issues that need addressing — but that won’t be a problem for a veterinarian.

According to the Tennessean, Fox is thrilled to have Connor back, but she can’t help but think of her late husband: “The most emotional thing for me is how much my husband would’ve loved for him to have come back home.”