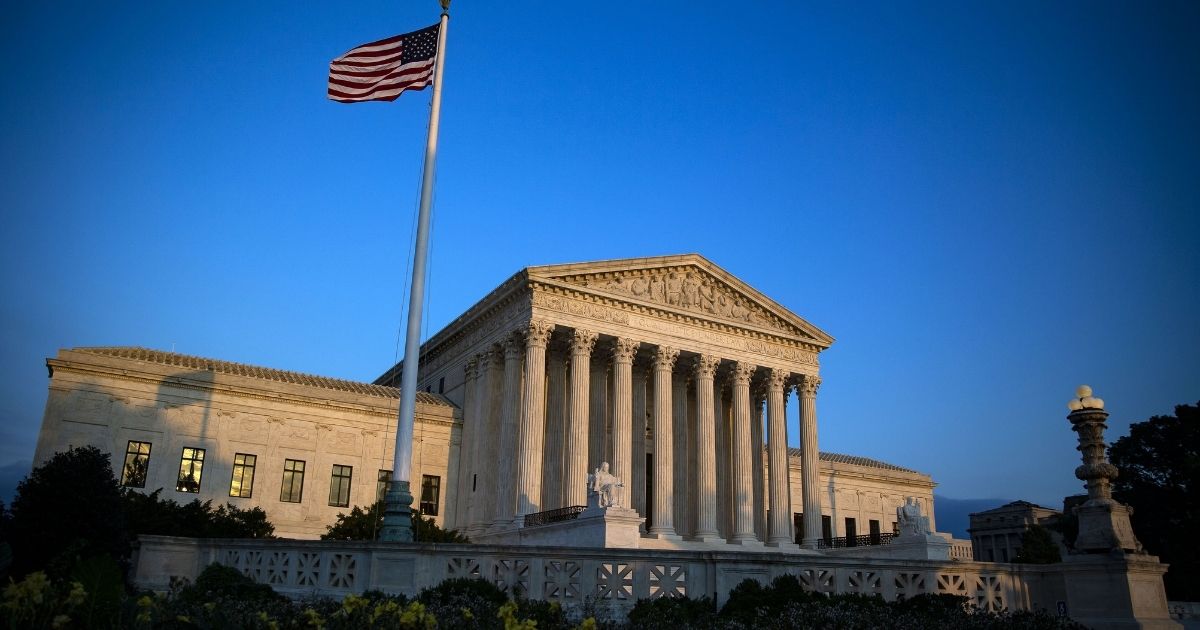 The experience of Venezuelans under the late President Hugo Chavez offers a cautionary tale to the United States about where packing the Supreme Court can lead.

Last fall, then-presidential candidate Joe Biden refused to answer whether he would support adding justices to the Supreme Court and now has established a commission to review the proposal and other issues concerning judicial reform.

One need look no further than Venezuela’s recent history for the devastating impact on liberty such a move could have.

“In 2004, Chavez’s allies held a majority in Venezuela’s National Assembly (congress), passing a law that increased the number of judges on the Venezuelan Supreme Court from twenty (20) members to thirty-two (32),” First Liberty Institute recounted.

“Those seats were quickly filled with Chavez loyalists. But it wouldn’t be the last time those in power manipulated the Court for political gain.”

After the court was packed, it never issued a ruling against the Chavez regime.

“This hyper-partisan fixing of the Court quickly devastated Venezuela’s constitutional structure. In 2017, the Supreme Court issued a shocking and dystopian ruling stripping the country’s national assembly of its powers, allowing the magistrates to assume legislative duties,” First Liberty explained.

That move came after Venezuelans rejected the socialist party in the 2015 midterms, with opposition parties gaining a two-thirds supermajority in the National Assembly, Fox News reported.

The compliant court allowed freedom of speech to be decimated in Venezuela.

Do you think justices should be added to the Supreme Court?

“For more than a decade, the Venezuelan government has expanded and abused its power to regulate the media and worked aggressively to reduce the number of dissenting media outlets.

“Existing laws grant the government power to suspend or revoke concessions to private media if ‘convenient for the interests of the nation,’ allow for shuttering of websites for the vaguely defined offense of ‘incitement,’ and criminalize expression of ‘disrespect’ for high government officials,” Human Rights Watch reported in September 2018.

That all sounds eerily familiar to the actions taken to clamp down on free speech in the U.S. in January, when then-President Donald Trump, conservative media personalities and even the social media site Parler were de-platformed.

Granted, those actions were taken by private Big Tech companies, but they still show how easily free speech could be squashed by federal government directives.

“You need to look at what has happened in other countries … don’t touch the Supreme Court,” Antonio Canova, a constitutional law professor at Universidad Católica Andrés Bello in Venezuela, told Fox News in October.

“They basically took over the entire economy,” Canova said. “Without control of the court, they wouldn’t have been able to do any of this.”

After Biden took office in January, he moved forward with plans to create a bipartisan commission to study reforms to the Supreme Court and the federal judiciary as a whole.

The commission has been tasked with releasing a report on its recommendations within 180 days of being formed.

Cristina Rodríguez, a former deputy assistant attorney general in the Obama Department of Justice, will co-chair the group, along with Biden’s campaign lawyer Bob Bauer.

Caroline Fredrickson, the former president of the American Constitution Society, will reportedly also be a member of the commission.

“Fredrickson has hinted that she is intellectually supportive of ideas like court expansion,” according to Politico.

“I often point out to people who aren’t lawyers that the Supreme Court is not defined as ‘nine-person body’ in the Constitution, and it has changed size many times,” she said in a 2019 interview.

Biden repeatedly declined to answer whether he supported adding justices to the Supreme Court when the issue came up during last year’s presidential campaign.

At a campaign stop in Phoenix in October, the Democrat said, “You’ll know my position on court-packing when the election is over.”

The Constitution gives Congress the authority to decide how many justices sit on the Supreme Court; however, the number has been nine since 1869.

Democratic President Franklin Roosevelt backed legislation to add justices in the 1930s when the court struck down some of his New Deal legislation.

The Judicial Procedures Reform Bill of 1937 would have allowed him to “appoint up to six additional justices … for every justice older than 70 years, 6 months, who had served 10 years or more.”

A majority of the public did not support the bill. Congress, meanwhile, never voted on it.

“Nine seems to be a good number. It’s been that way for a long time,” the late Justice Ruth Bader Ginsburg told NPR in July 2019.

“I think it was a bad idea when President Franklin Roosevelt tried to pack the court,” she added.

“If anything would make the court look partisan,” Ginsburg said, “it would be that — one side saying, ‘When we’re in power, we’re going to enlarge the number of judges, so we would have more people who would vote the way we want them to.’”

Biden himself said as much concerning the issue while serving on the Senate Judiciary Committee in 1983, calling Roosevelt’s court-packing plan a “boneheaded” idea.

“It was a terrible, terrible mistake to make,” Biden said.

Biden made a sound point then, and he, and Congress, should follow that counsel now.