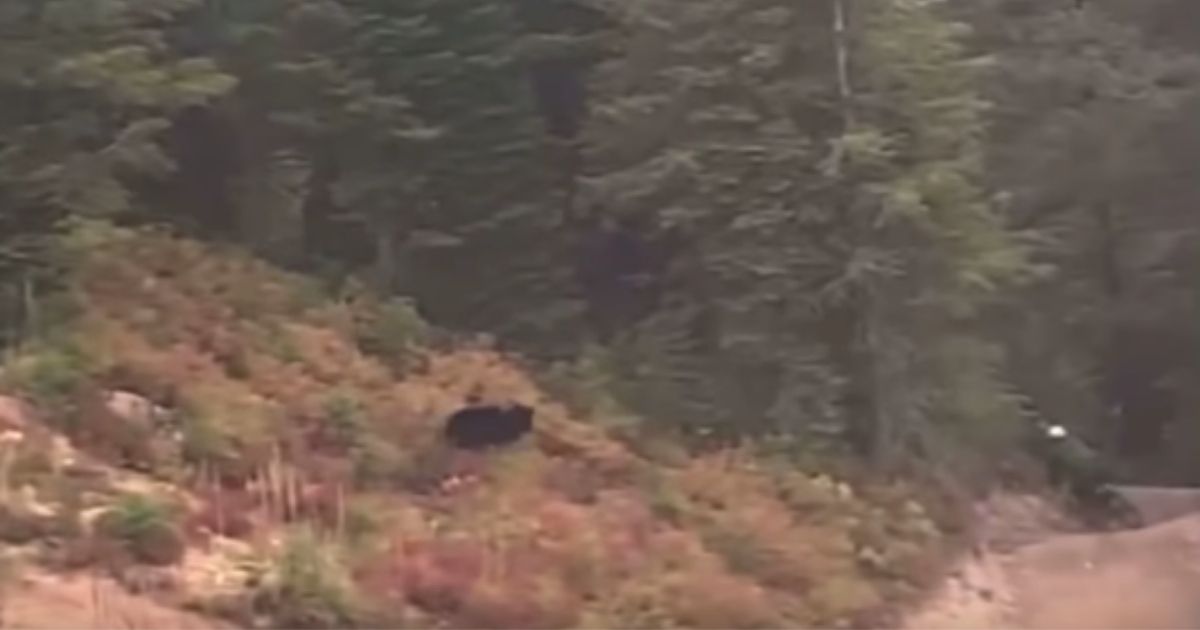 My dad is an intelligent man, a former aeronautical engineer for the Air Force who worked on systems related to the Space Shuttle and International Space Station before transitioning to the software side of things. But he always was a fount of stories Wikipedia would label “[citation needed].”

These stories all tended to begin the same way: “I saw somewhere …” As in, he’d seen it in a magazine or a newspaper or maybe on a dodgy GeoCities website. Didn’t matter. It usually involved a factoid trivial enough that it didn’t behoove him to give a citation.

One of his favorites involved old-timey people who used to arrange cage fights between exotic beasts to see which one would come out on top. (This was before the existence of PETA, one assumes.)

The lion and tiger did well, he would tell me, but nothing could beat the bear. That information shocked him, considering the deadly reputation of the beasts of the savanna.

But it wouldn’t shock a bike rider after his encounter with an ursine in Whitefish, Montana.

A helicopter-cam video shared by the Montana Knife Company on April 19 has gone viral, with over 110,000 views on Instagram and more than 70,000 likes on Facebook when reposted by KHQ-TV in Spokane, Washington.

The biker was not injured.

In the video, a biker can be seen heading down a dirt trail at the same time a black bear furiously chases him.

Unlike the rider, as you can see, the bear doesn’t need to follow the road and gallops after him as the rider disappears behind the trees.

TMZ reported that the video is from last year and that the bike rider thankfully is safe.

“This is why even bikers and hikers should be carrying out knives!” a spokesman from the Montana Knife Company told the outlet.

A knife can help, but that’s mostly good copy.

Unless you run across a special type of black bear that hunts its prey via “West Side Story”-style knife fights, keep in mind that black bears can reach a top speed of 35 mph, according to Open Season.

The fastest recorded human speed is 27.8 mph. If you’re like me and fighting a losing battle against a lumpen dad bod, you’re not hitting anywhere near that. And then, keep in mind that black bears normally weigh up to 500 pounds while reaching their top speed.

Tigers, it’s worth noting, can reach 35 to 40 mph, but only in short bursts. Lions are faster at 50 mph, but they can only keep that pace for short distances, too.

I’m beginning to think my dad might have been on to something.

John Hechtel, a retired wildlife biologist for Alaska’s Department of Fish and Game, told The New York Times for a 2017 piece that a knife can be of use if you’re attacked by a bear — but, at that point, the odds are against you.

There are two types of bear attacks, he said — defensive and nondefensive.

“The best strategy for fending off a bear depends greatly on correctly diagnosing the bear’s state of mind,” The Times reported.

Have you ever been close to a bear?

“A defensive bear tends to look agitated. It might paw at the ground, roar or salivate. This bear attacks because it is usually trying to protect its cubs or food. The nondefensive bear wants to eat you. Such a bear tends to look coolheaded and confident — what Hechtel calls ‘pushy’ — with its head held high and ears erect. In a nondefensive attack, fight for your life. Use anything you can —  stone, log, knife. Aim for the face and ears.”

I would say this bear would qualify as nondefensive and “pushy.” If the biker had been carrying a gun, the animal’s state of mind wouldn’t have mattered.

With presumably no gun, thank goodness the man was on a bike.

So, in closing, would the bear beat the lion or the tiger? I can’t find any evidence for those old-timey cage matches — although once Joe Exotic finds his way out of prison, perhaps he can make it happen.

However, it’s worth noting that the bear suffered a defeat to a guy on a mountain bike. That can’t be good for the species’ confidence going into the ring.