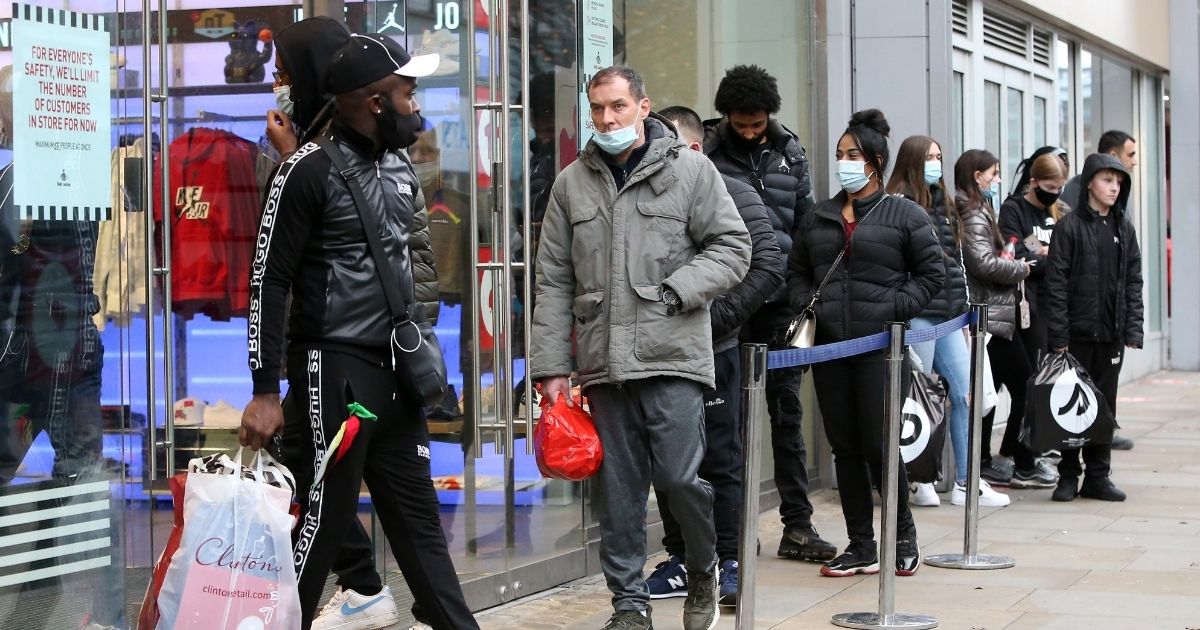 A top epidemiologist said Britain needs a “near lockdown” to battle COVID-19.

On Tuesday, Britain recorded 53,135 new positive tests for the coronavirus, according to the BBC. That total came after Monday saw 41,385 new cases, according to Reuters.

Those numbers and the new coronavirus strain spreading through Britain is “entering a very dangerous new phase of the pandemic,” according to Andrew Hayward, a professor of infectious disease epidemiology at University College London who belongs to Britain’s New and Emerging Respiratory Virus Threats Advisory Group.

“We’re going to need decisive, early, national action to prevent a catastrophe in January and February,” he said, according to BBC Radio 4’s Today.

The “50 percent increase in transmissibility” in the new strain of the virus means that “the previous levels of restrictions that worked before won’t work now, and so tier four restrictions are likely to be necessary — or even higher than that,” he said.

Tier Four is the most restrictive level, calls for citizens to stay at home unless it is essential to leave for food shopping and shutters all stores considered non-essential. Parts of east and southeast England are currently in Tier Four.

“I think we’re really looking at a situation where we’re moving into near lockdown,” Hayward said.

Hayward said the planned school reopening on Jan. 4 might have to be delayed, and that allowing schools to reopen would mean “we’re going to have to have increased, strict restrictions in other areas of society to pay for that.”

Dr. Susan Hopkins, senior medical adviser at Public Health England, told the BBC that the country is “continuing to see unprecedented levels of COVID-19 infection across the UK, which is of extreme concern, particularly as our hospitals are at their most vulnerable.

Do you think the government will try this here again?

“Whilst the number of cases reported today include some from over the festive period, these figures are largely a reflection of a real increase.”

Professor Neil Ferguson, another epidemiologist and member of Nervtag, told BBC Radio 4’s The World at One that the new strain of coronavirus gave officials “even less wiggle room” in trying to balance the battle against the virus and having “some semblance of normal society.”

Northern Ireland Health Minister Robin Swann voiced concern that coronavirus cases are rising among young adults, saying that a month ago the 20-39 age group made up 27.5 percent of cases but the figure is now 41.5 percent.

“The rise in this age group may be linked to behavior and although young adults may think they are immune to COVID-19, their relatives and loved ones are not,” he said, according to the BBC.  “We must all redouble our efforts to push down infection rates. That does not mean some people must make sacrifices and restrict their lives while others do not.”

As Britain drowns amid the crest of the second wave of coronavirus cases, officials fear a third wave is about the crash ashore.

Dr. Tom Black, chair of the British Medical Association in Northern Ireland, blamed the new strain of the virus for the expected impact.

“We would expect to see a peak of hospital admissions and demands in probably the second and third week in January,” he said.

“Hopefully, we will keep the pressure off the intensive care units because that’s a real bottleneck with patient care and with the vaccination hopefully we’ll see some improvement in February and March.”