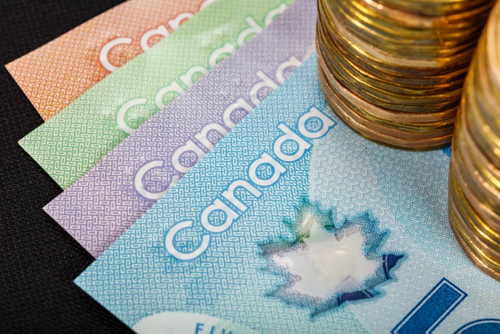 The U.S. dollar plunged to a three-week low on Tuesday, while the British Pound skyrocketed to an almost three-year high. Commodity currencies also soared as Covid-19 vaccination progress added to traders’ recovery hopes.

However, the optimistic mood and a sell-off in U.S. Treasuries pushed the safe-haven Japanese yen down through its 200-day moving average versus the greenback.

The Yen tumbled down by 0.2% at 105.53 per dollar on Tuesday. The dollar index also slid by 0.1% to 90.240 against a basket of major currencies, reaching its lowest point since Jan. 27, while the euro jumped to its highest point since that date.

The greenback hovered near milestone lows versus other currencies. On the other hand, the risk-sensitive Australian dollar skyrocketed to a one-month high of $0.7802. The New Zealand dollar also hit a five-week high of $0.7257.

Moh Siong Sim, the Bank of Singapore currency analyst, noted that a risk-on, weaker-dollar mood is taking over as traders focus on a global bounce back in growth, spending, and inflation.

He also added that investors weighed up whether the economic rebound would be U.S.-led, which could support the greenback, or much broader, and consequently negative for the dollar as global trade picks up. Things currently reflect greater comfort with the story of a synchronized global recovery, causing a dollar to weaken.

How did the European currencies fare?

The British Pound, which has led the charge, rallied to $1.3946 on Tuesday, its highest point since April 2018. Thus far, the U.K. leads the world in Covid-19 vaccination speed. As a result, the Sterling has jumped by nearly 3% from early-February lows. The euro also climbed up by 0.2% to $1.2150, re-testing recent resistance at that level.

However, the Chinese yuan tumbled down by 0.1% to 6.4132 per dollar due to reports about Beijing exploring curbs on rare earth mineral exports to hurt the U.S. firms that use them.

The Japanese yen has been the casualty of the broad rally in financial markets, along with the dollar. The Yen hit a one-week low on Tuesday.

It also tumbled down to its lowest level since late 2018 against the euro and the Australian dollar, simultaneously hitting a five-year low of 118.80 yen per Swiss franc.

Francesco Pesole, the currency strategist at Dutch bank ING, stated that so far, the Yen has been the worst-performing currency this year. Its negative correlation to U.S. Treasury yields proved to be the biggest dampening factor for the currency.