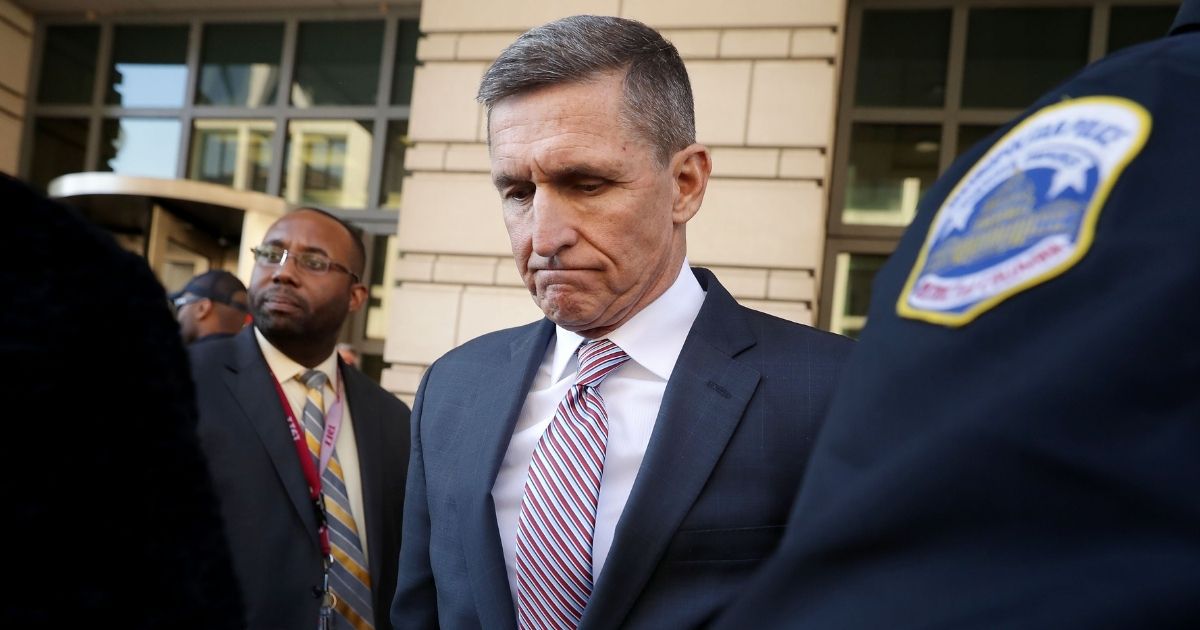 The ban hammer came down 48 hours after an incursion at the Capitol in Washington on Wednesday that saw President Donald Trump suspended for 12 hours by Twitter. Trump’s Facebook and Instagram accounts were also suspended indefinitely after he was blamed for the incursion.

Twitter, in an explanation on why Flynn and Powell were banned, cited a policy that claims to protect people from “harm on and off of Twitter.”

“The Twitter Rules exist to ensure that people can participate in the public conversation freely and safely. In some cases, we identify groups, movements, or campaigns that are engaged in coordinated activity resulting in harm on and off of Twitter. We evaluate these groups, movements, or campaigns against an analytical framework, with specific on-Twitter consequences if we determine that they are harmful,” Twitter said in an article explaining the policy.

“Coordinated harmful activity is an actor-level framework, meaning we assess groups, movements, and campaigns and then take enforcement action on any accounts which we identify as associated with those entities. In order to take action under this framework, we must find both evidence that individuals associated with a group, movement, or campaign are engaged in some form of coordination and that the results of that coordination cause harm to others.”

NBC News reported Twitter banned Flynn and Powell after connecting them to the QAnon conspiracy theory.

“The accounts have been suspended in line with our policy on Coordinated Harmful Activity,” a Twitter spokesperson told NBC News.

“We’ve been clear that we will take strong enforcement action on behavior that has the potential to lead to offline harm, and given the renewed potential for violence surrounding this type of behavior in the coming days, we will permanently suspend accounts that are solely dedicated to sharing QAnon content.”

The ban on Flynn and Powell came the same day that high-profile conservative activist Brandon Straka reported his popular #WalkAway page, which encourages people to leave the Democratic Party, had been banned.

Will you continue to use traditional social media if companies purge most conservatives?

“FACEBOOK has removed the #WalkAway Campaign and has BANNED ME and EVERY MEMBER of my team!!!” Straka tweeted.

“Over half a million people in #WalkAway with hundreds of thousands of testimonial videos and stories is GONE. Facebook has banned everything related to #WalkAway,” the conservative activist and former liberal posted.

🚨🚨🚨FACEBOOK has removed the #WalkAway Campaign and has BANNED ME and EVERY MEMBER of my team!!!
Over half a million people in #WalkAway with hundreds of thousands of testimonial videos and stories is GONE. Facebook has banned everything related to #WalkAway. pic.twitter.com/WxoKu1HpSb

While the CEOs of Facebook, Google/YouTube and Twitter all testified after the election in front of a bipartisan Senate committee, no action ever came of the hearing.

“Now is the time for Silicon Valley companies to stop enabling this monstrous behavior — and go even further than they have by permanently banning this man from their platforms and putting in place policies to prevent their technology from being used by the nation’s leaders to fuel insurrection,” she wrote in a statement.

Trump’s bans of Facebook and Instagram will last through at least Jan. 20, if they are not permanent, USA Today reported.

Those seeking refuge on the free speech social network Parler are sweating as Apple is reportedly threatening to remove Parler from the app store, according to Sean Davis of the Federalist.