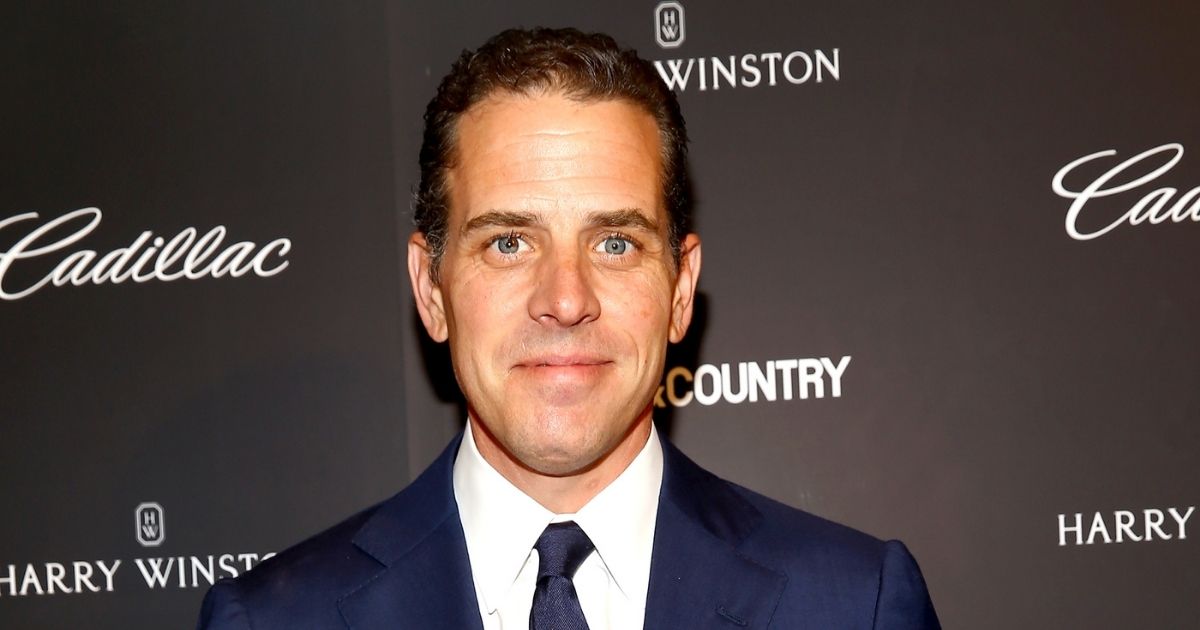 Birds of a feather flock together.

NewsBusters evaluated news coverage on Wednesday and Thursday from ABC News, CBS News and NBC News, and the results are about what you’d expect.

Here are the “news” outlets that are actively covering up or have yet to even report in a substantive way on the bombshell Biden scandals. #WheresHunter pic.twitter.com/3Q323buIbu

The legacy media outlets buried the Hunter Biden email story, as did their allies in left-wing cable news.

“For Wednesday, October 14 and Thursday, October 15 MRC analysts looked at the ABC, CBS, NBC evening and morning shows, plus ABC’s and NBC’s townhall events with Joe Biden and President Trump, as well as CNN and MSNBC’s coverage (6am through midnight ET). Out of a total of 92 hours of news programming, there was less than 10 minutes (9 minutes, 47 seconds) spent on the latest scandal involving Joe Biden’s son, or less than 0.2% of the available airtime,” NewsBusters reported.

According to the report, MSNBC “spent the most amount of time on the latest Biden family scandal coming in with a still insignificant four minutes, 34 seconds of coverage during a 36-hour period.”

While much of the country expressed shock and dismay that Twitter would go to such extreme lengths to keep a potentially damning story for Biden from being read, the establishment media was right on cue helping to ensure the story would die.

The establishment media, which you’d think exists solely to cover huge stories, somehow didn’t find a credible report from one of the country’s largest newspapers connecting a presidential candidate to shady payments from foreign corporate entities to be newsworthy.

Do you think the establishment media no longer wields the power it once did?

There is no surprise there.

Emails shared by the Post purport to link Biden to a meeting with a Burisma Holdings board adviser, which allegedly took place before Biden bragged about pressuring foreign government officials into firing Ukraine’s top prosecutor.

Biden’s campaign is actually attempting to cite Twitter’s suppression of the reporting as evidence it isn’t credible.

“Twitter’s response to the actual article itself makes clear that these purported allegations are false and are not true,” Biden spokesman Jamal Brown said Thursday.

“Twitter’s response to the actual article itself makes clear that these purported allegations are false.” #CheddarLive pic.twitter.com/PdPEkMZ85p

NEW — the @JoeBiden campaign responds to the @nypost story and @Twitter fallout on @cheddar:

“Twitter’s response to the actual article itself makes clear that these purported allegations are false and are not true.” @JTOBrown pic.twitter.com/rwSH8RiNYo

Still, despite their best efforts, the establishment media, Big Tech and even Biden’s campaign can’t make the email story go away.

While it originally might have ended up being just another scandal involving Hunter Biden, Twitter actually amplified it by attempting to suppress it.

The result is now that the story is so big that there isn’t any killing it.

NBC’s Savannah Guthrie and her unstable temperament couldn’t make it disappear when debating President Donald Trump Thursday, nor could ABC’s George Stephanopoulos, who sat across from Biden during his network’s Thursday town hall and didn’t utter a word about Hunter Biden’s emails.

The rest of the establishment media’s near blackout of the story also failed to dissuade it from becoming this week’s most important election topic.

That might change next week, due to the roller-coaster nature of this election, but for now, Hunter Biden’s emails and Joe Biden’s reported connection to them, are the talk of presidential politics.

No amount of censorship, gaslighting or suppression of the story can make it go away.

The establishment media has been losing its grip on what information it wants Americans to hear, and Big Tech is only beginning to learn that Silicon Valley billionaires will not replace the country’s activist reporters as the gatekeepers of information.