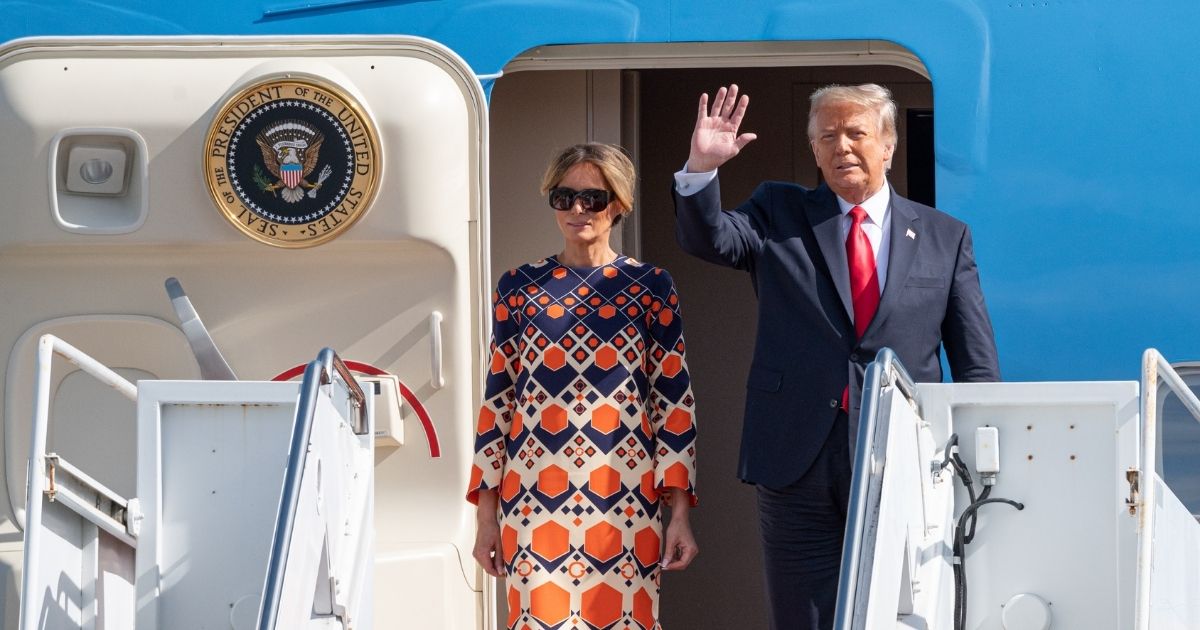 Visions of the bold look for the nation that former President Donald Trump envisaged will be seen soon as National Geographic plans a special report on the new Air Force One that Trump helped design.

Trump had made the overhaul of the plane, including the color scheme that was a legacy of former first lady Jackie Kennedy, a major project during his time in the White House.

“I said, ‘I wonder if we should use the same baby blue colors?’ And we’re not,” Trump said during a 2018 interview with CBS News.

“Now we have — I think it’s a stronger system — and it’s red, white and blue, but it’s the blue in the American flag, which is a darker color,” Trump says in the documentary, according to Fox News. “We have a plane that will represent us for a long time and very well.”

“I view this as something to do with legacy,” Trump said in an interview that is part of  “The New Air Force One: Flying Fortress,” which scheduled to air at 10 p.m. Feb. 15 at on National Geographic, according to the Daily Mail.

“Every time I look at it, I’ll say, ‘I had a lot to do with that.’ Just, really, a representation of our great country,” Trump said in the interview, which was recorded in October 2019, the Daily Mail reported.

Trump intervened soon after winning the 2016 election as the federal government was about to buy two planes, resulting in a $1.4 billion savings from what had been expected.

“The price was too high and the plane was just about ordered and I heard about it and I said, ‘cancel the order,’” Trump says in the documentary, according to the Daily Mail. “And then they said, ‘Why?’ I said, ‘because they paid too much.’

Do you miss having Donald Trump in the White House?

In the documentary, Trump said that Air Force One is more than just another airplane

“The first time I came onto Air Force One was a big moment, frankly, in my life, because over the years it has meant so much,” Trump said, according to the Daily Mail.

“It’s so important as a symbol, a symbol of power and strength, a symbol of the presidency. It’s a magnificent plane, it’s something that’s just very, very special,” he said.

The documentary will reveal that Trump picked blue for the color of the engines to match the belly of the redesigned plane.

Upgrades within will make the plane more useful to future presidents, he said.

“Air Force One serves as a command center because we have so much military equipment and other things on, equipment that I don’t even talk about, but the new Air Force One has absolutely finer systems, state of the art,” Trump said, according to the Daily Mail.

The new planes that will transport America’s leaders are not expected to be ready until at least 2024.