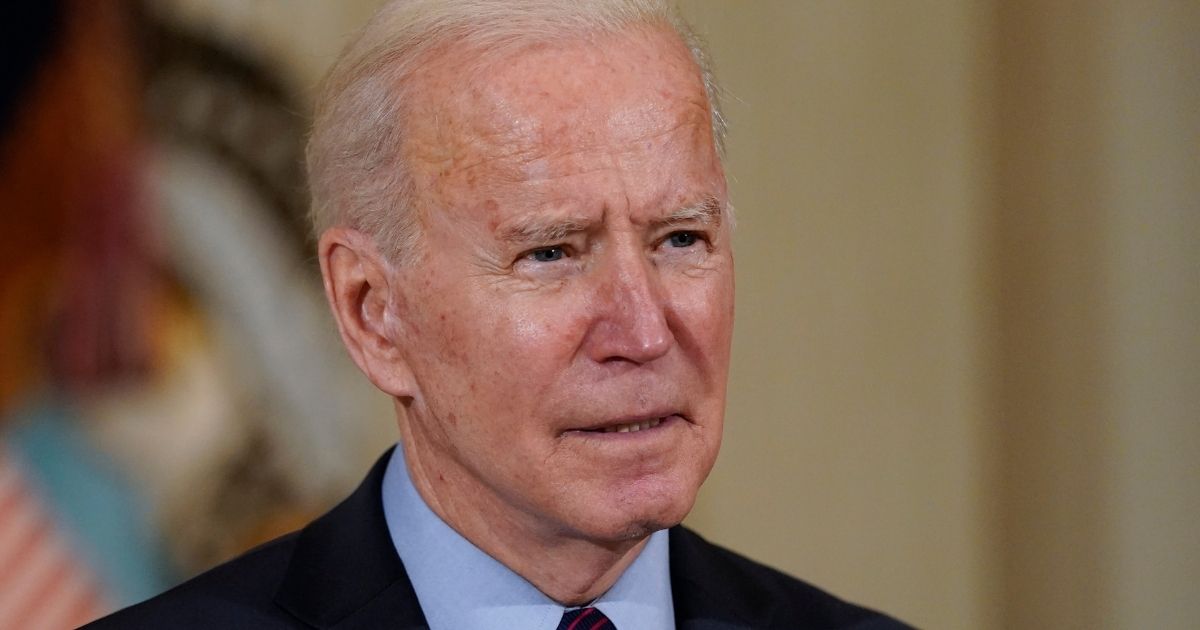 The Biden administration confirmed that its dubious mantra about wanting bipartisan “unity” was merely hollow rhetoric when it “canceled” a White House sign-language interpreter because she’s a Trump supporter.

Heather Mewshaw is an independent contractor who was hired as an American Sign Language interpreter last year by President Donald Trump’s White House.

The following day, Menshaw was replaced by a different interpreter, she told the New York Post, and she has not been called back since.

Mewshaw said her political leanings do not affect her job — which is to provide translation services for the deaf — and she was unfairly targeted because she’s a conservative.

TRENDING: Biden Stabs Us All in the Back, Removes Terrorist Designation from Group Whose Motto Means ‘Death to America’

“The thing is, I was canceled and humiliated publicly and it was unjust and unfair,” she told the Post on Sunday.

The backlash began after Mewshaw was called out on Twitter by a left-wing assistant professor at the University of North Carolina, Greensboro, who posted a photo of her translating several YouTube videos.

Gather round folks. I have a story to tell you about the interpreter in the current White House Briefing.

This is her. In the Trump/Pence shirt and the MAGA hat. https://t.co/go0FXMIfw8 pic.twitter.com/W89RErON5X

Time magazine followed up by running a petty exposé accusing Mewshaw of being a “far-right” Trump supporter because she had provided sign-language accompaniments to several YouTube videos that espoused conservative viewpoints.

Since then, she said, she has been “harassed” and “intimidated” by online trolls, despite the fact that even Time magazine admitted that “there is no indication that Mewshaw has signed inaccurately at the White House or in past work, and no one Time spoke with alleged that she had.”

Mewshaw said she has been a sign-language interpreter since 1999. She said just because she translates speeches by Republicans and other conservatives does not mean she agrees with everything they say.

She said she volunteered to translate some videos in response to requests from deaf people who want to understand the content.

Do you think the Biden administration was right to fire Heather Mewshaw?

“Deaf people just want a chance to decide for themself what information is out there,” she explained.

When he was criticized for working with Republicans, Cowan underscored that his job is nonpartisan.

“To me, it doesn’t matter — Democrat or Republican, gay or straight. I’m there to provide a service and deliver a message to deaf people,” Cowan told Atlanta magazine.

First, the Biden White House is under no obligation to re-engage Heather Mewshaw. It’s allowed to hire whomever it wants.

However, this is just the latest example of left-wing cancel culture targeting Trump supporters or anyone who leans right politically. It is a dangerous slippery slope because there are tens of millions of Republicans, Trump supporters and libertarians in the United States.

While the left controls the mainstream media, Big Tech, Hollywood, academia and Wall Street, you can’t flippantly try to cancel half the country and expect no backlash.

And liberals shouldn’t delude themselves into thinking they’re safe because “their side” is in power. Case in point: Last week, Vice President Kamala Harris came under fire from “woke” leftists who accused her of wearing a “racist” outfit.

The bottom line is that in today’s unhinged atmosphere, where feral left-wing mobs rule unchecked, no one is safe because they’ll eventually come for all of us.