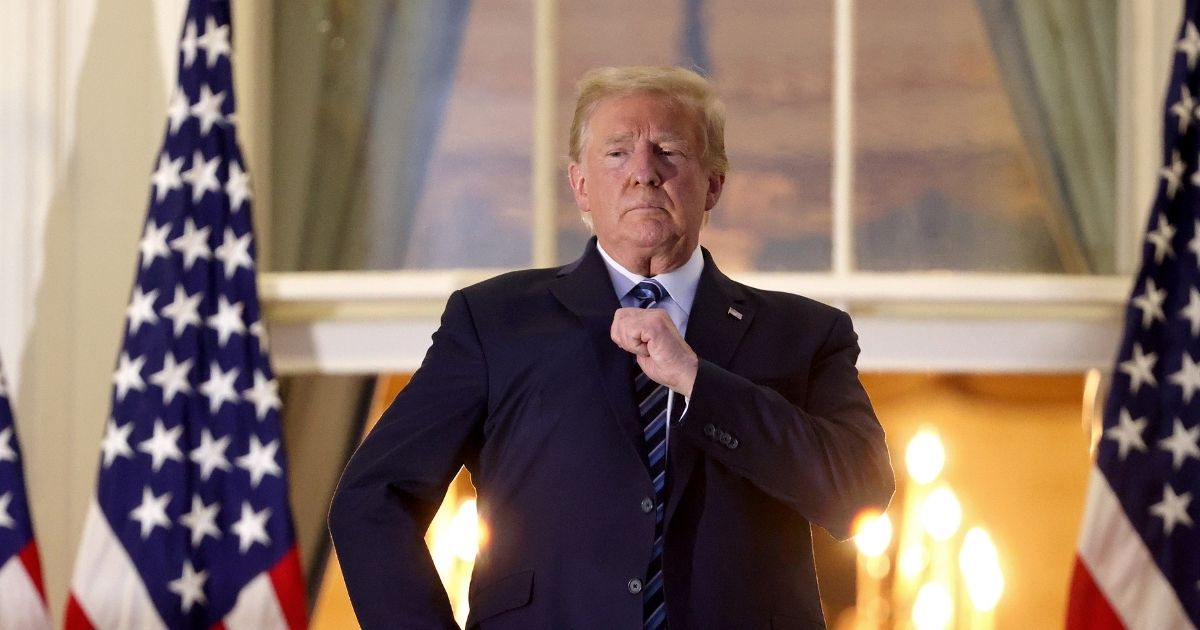 President Donald Trump cut through the clutter of the massive stimulus bill being brewed in the House and asked House Speaker Nancy Pelosi to focus on the needs of vulnerable Americans.

“If I am sent a Stand Alone Bill for Stimulus Checks ($1,200), they will go out to our great people IMMEDIATELY. I am ready to sign right now. Are you listening Nancy?” Trump tweeted Tuesday.

The president followed that up Wednesday.

“Move Fast, I Am Waiting To Sign!” he tweeted.

Move Fast, I Am Waiting To Sign! @SpeakerPelosi https://t.co/RYBeWWuPC2

“The House & Senate should IMMEDIATELY Approve 25 Billion Dollars for Airline Payroll Support, & 135 Billion Dollars for Paycheck Protection Program for Small Business. Both of these will be fully paid for with unused funds from the Cares Act. Have this money. I will sign now!” he tweeted Tuesday.

The House & Senate should IMMEDIATELY Approve 25 Billion Dollars for Airline Payroll Support, & 135 Billion Dollars for Paycheck Protection Program for Small Business. Both of these will be fully paid for with unused funds from the Cares Act. Have this money. I will sign now!

As of Wednesday morning, it appeared Trump’s tactics were producing movement on Capitol Hill, according to a tweet from Drew Hammill, Pelosi’s chief of staff.

Speaker Pelosi & Secretary Mnuchin spoke by phone at 9:33 a.m. The Secretary inquired about a standalone airlines bill. The Speaker reminded him that Republicans blocked that bill on Friday & asked him to review the DeFazio bill so that they could have an informed conversation.

Last week, House Democrats used their majority to muscle through a $2.2 trillion bill that neither the Republican-controlled Senate or Trump would support, according to The Washington Post. The House had previously passed a $3.4 trillion version of the legislation, which went nowhere.

Public passage was accompanied by private talks among Pelosi, Senate Majority Leader Mitch McConnell and Treasury Secretary Steven Mnuchin until Tuesday, when Trump said it was time for the dead-end talks to stop so the Senate could focus its energy and time on confirming Judge Amy Coney Barrett to the Supreme Court.

“Nancy Pelosi is asking for $2.4 Trillion Dollars to bailout poorly run, high crime, Democrat States, money that is in no way related to COVID-19. We made a very generous offer of $1.6 Trillion Dollars and, as usual, she is not negotiating in good faith. I am rejecting their request, and looking to the future of our Country,” Trump said in a statement posted on Twitter.

Do you support President Donald Trump?

“I have instructed my representatives to stop negotiating until after the election when, immediately after I win, we will pass a major Stimulus Bill that focuses on hardworking Americans and Small Business. I have asked @senatemajldr Mitch McConnell not to delay, but to instead focus full time on approving my outstanding nominee to the United States Supreme Court, Amy Coney Barrett.

“Our Economy is doing very well. The Stock Market is at record levels, JOBS and unemployment also coming back in record numbers. We are leading the World in Economic Recovery, and THE BEST IS YET TO COME!” Trump tweeted.

Pelosi, during a call with fellow Democrats, seemed to claim the medicine Trump is taking due to his coronavirus diagnosis is clouding the president’s thinking, according to The Hill.

“Believe me, there are people … who think that steroids have an impact on your thinking. So, I don’t know,” Pelosi said.

“I do practice medicine on the side without benefit of a diploma, as a mother and a grandmother, but I hadn’t gone into mental health yet,” she said.

Pelosi trashed Trump for not supporting the Democrats’ bill.

“Walking away from coronavirus talks demonstrates that President Trump is unwilling to crush the virus, as is required by the Heroes Act,” Pelosi said in a statement.

“He shows his contempt for science, his disdain for our heroes – in health care, first responders, sanitation, transportation, food workers, teachers, teachers, teachers and others – and he refuses to put money in workers’ pockets, unless his name is printed on the check.

“Clearly, the White House is in complete disarray,” Pelosi said.