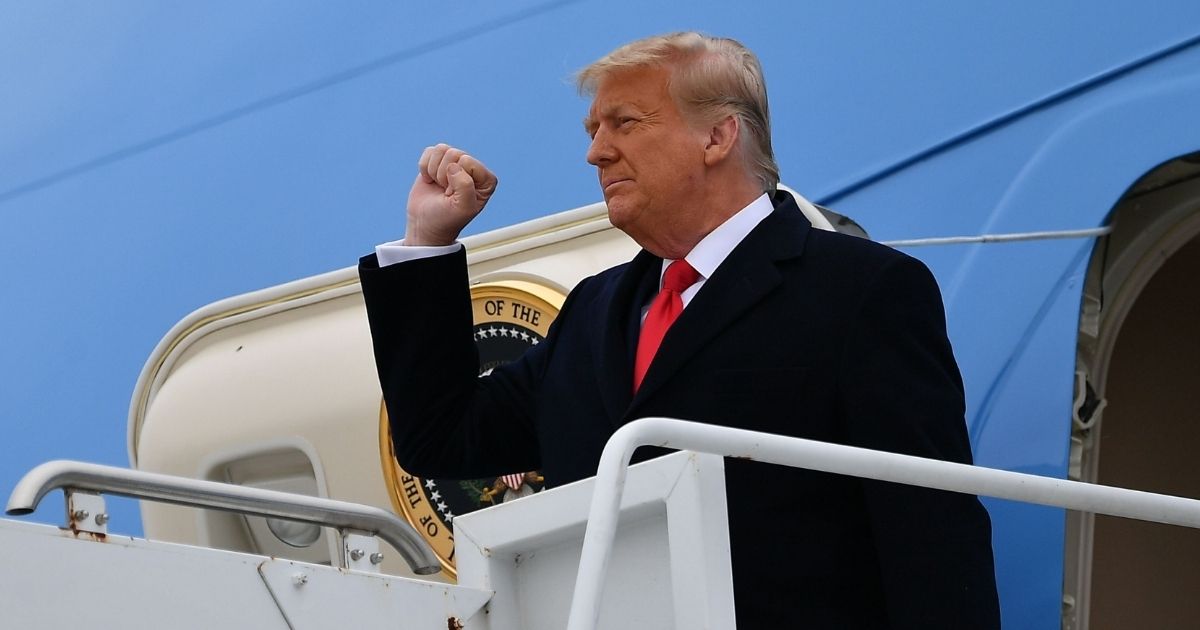 Former President Donald Trump was acquitted Saturday in his second Senate impeachment trial by a vote of 57-43.

Seven Republicans sided with the Democrats who sought to convict Trump as a first step to barring him from ever seeking office again: Richard Burr of North Carolina, Bill Cassidy of Louisiana, Susan Collins of Maine, Lisa Murkowski of Alaska, Mitt Romney of Utah, Ben Sasse of Nebraska and Pat Toomey of Pennsylvania.

“It is a sad commentary on our times that one political party in America is given a free pass to denigrate the rule of law, defame law enforcement, cheer mobs, excuse rioters, and transform justice into a tool of political vengeance, and persecute, blacklist, cancel and suppress all people and viewpoints with whom or which they disagree,” Trump wrote, according to the Boston Herald.

“I always have, and always will, be a champion for the unwavering rule of law, the heroes of law enforcement, and the right of Americans to peacefully and honorably debate the issues of the day without malice and without hate.”

TRENDING: It Looks Like Biden Just Made an Ugly Diplomacy Blunder in First Talk with Xi Jinping, Unwittingly Handed China a Huge Gift

It was the second time Democrats had tried without success to impeach Trump. In February of 2020, Trump was acquitted of abuse of power and obstruction of Congress by a then-Republican-controlled Senate.

Prior to Saturday’s vote, Trump defense attorney Michael van der Veen criticized Democrats who sought to impeach a president who was already out of office.

“This impeachment has been a complete charade from beginning to end. The entire spectacle has been nothing but the unhinged pursuit of a long-standing political vendetta against Mr. Trump by the opposition party,” he said, according to CNN.

“Democrats were obsessed with impeaching Mr. Trump from the very beginning of his term. … And now they have conducted a phony impeachment show trial when he’s a private citizen out of office,” he said

Do you agree with the Senate vote to acquit former President Donald Trump?

Van der Veen called the trial a “maniacal crusade” by House Democrats and told senators to not “go down this dark path of anonymity and division.”

“As a nation we must ask ourselves: How did we arrive at this place where rioting and pillaging would become commonplace?” van der Veen said, according to the Minneapolis Star-Tribune.

“It was month after month of political leaders and media personalities, bloodthirsty for ratings, glorifying civil unrest and condemning the reasonable law enforcement measures that are required to quell violent mobs,” he said.

Van der Veen noted, according to Fox News, that although Trump was on trial due to the Jan. 6 Capitol incursion, Democrats last summer “repeatedly refused to condemn the extremism as riots,” during last summer’s racial injustice and police brutality protests, “as businesses were being ransacked, as neighborhoods were being burned.”

Now-Vice President Kamala Harris “literally urged her followers to donate money to a fund to bail out the violent extreme rioters so they could get out and continue to do it over and over again,” he said.

“All of this was far closer to actual definition of ‘incitement’ than anything President Trump has ever done,” van der Veen said. “Hopefully, we can leave this chamber in agreement that all rioting is bad.”

House impeachment managers “tried to use evidence they never presented in the case in their closing argument,” he said.

“That is a very desperate attempt by a prosecuting team that knew that their case is collapsing. Their closing did not talk about one piece of law,” he said.