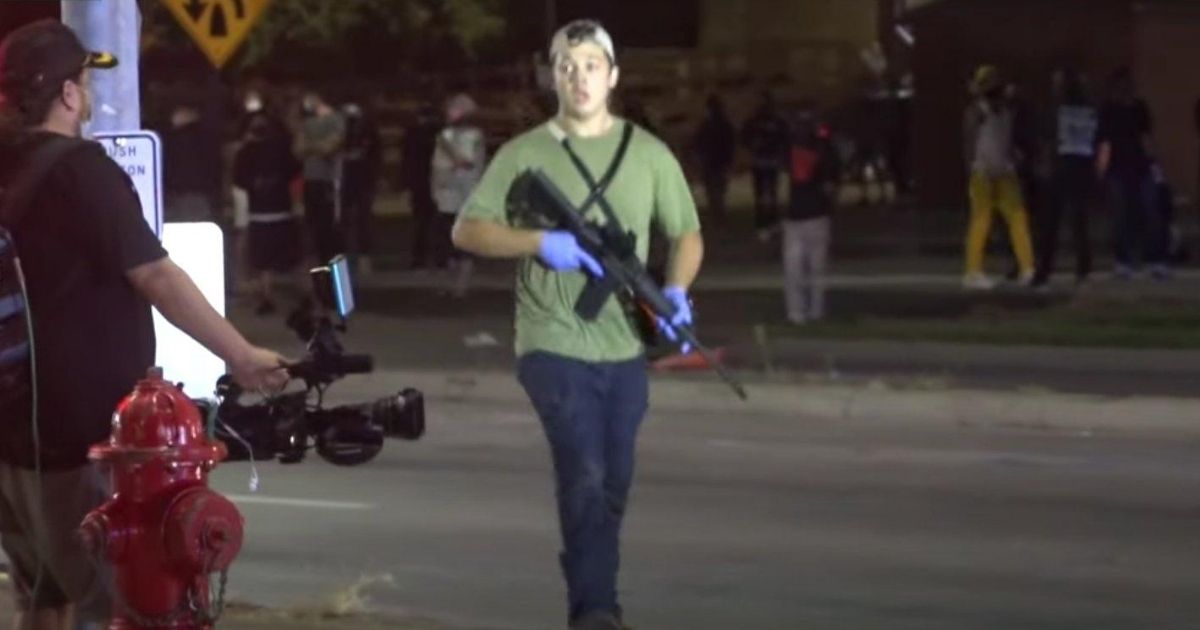 President Donald Trump on Monday pushed back against the White House news media and refused to condemn Kyle Rittenhouse, who is accused of killing two people during the Kenosha riots.

During a Monday news briefing in which Trump condemned the violence of rioters in Portland, Oregon, and other cities, he was asked: “Are you going to condemn the actions of vigilantes like Kyle Rittenhouse?”

“We’re looking at all of it. And that was an interesting situation,” Trump said.

“You saw the same tape as I saw. And he was trying to get away from them, I guess, it looks like. And he fell, and then they very violently attacked him. And it was something that we’re looking at right now and it’s under investigation,” Trump said, referring to social media video that appears to show the 17-year-old — who said he was on the streets to defend business owners against vandalism and arson — being chased by a mob.

To better understand what happened next, we synchronized 6 livestreams, which revealed that there were two separate shooting incidents, about one and a half minutes apart, involving multiple gunmen.

“It’s under investigation,” the president added.

In a statement, Biden said Trump “wouldn’t even repudiate one of his supporters who is charged with murder because of his attacks on others” and called Trump “too weak, too scared of the hatred he has stirred to put an end to it.”

Trump was later asked about private citizens trying to police the streets.

The president then suggested police have been marginalized in many places.

“We have to give our cops back, our police back their dignity, their respect. They’re very talented people. They’re strong. They’re tough. They can do the job, but we’ve taken it away,” he said. “We don’t want to have — when somebody makes a mistake, he chokes, or — in some cases, you have bad cops, and we have to take care of that.”

Trump noted that police officers are not perfect.

Do you think Kyle Rittenhouse was acting in self-defense?

“And the thousands and tens of thousands of great things they do, nobody covers that. Nobody writes about that,” Trump added.

Democratic leaders have created the conditions for anarchy in the streets, the president said.

“The wave of violence and destruction that we’ve seen in recent weeks and months has occurred in cities exclusively controlled and dominated by the Biden — Joe Biden party. If you take a look, the top 10 in the country are Democrats; it’s Democrat-run cities, and it’s a shame, and it can be solved so easy. It can be solved very easily,” he said. “The violence is fueled by dangerous rhetoric from far-left politicians that demonize our nation and demonize our police.”