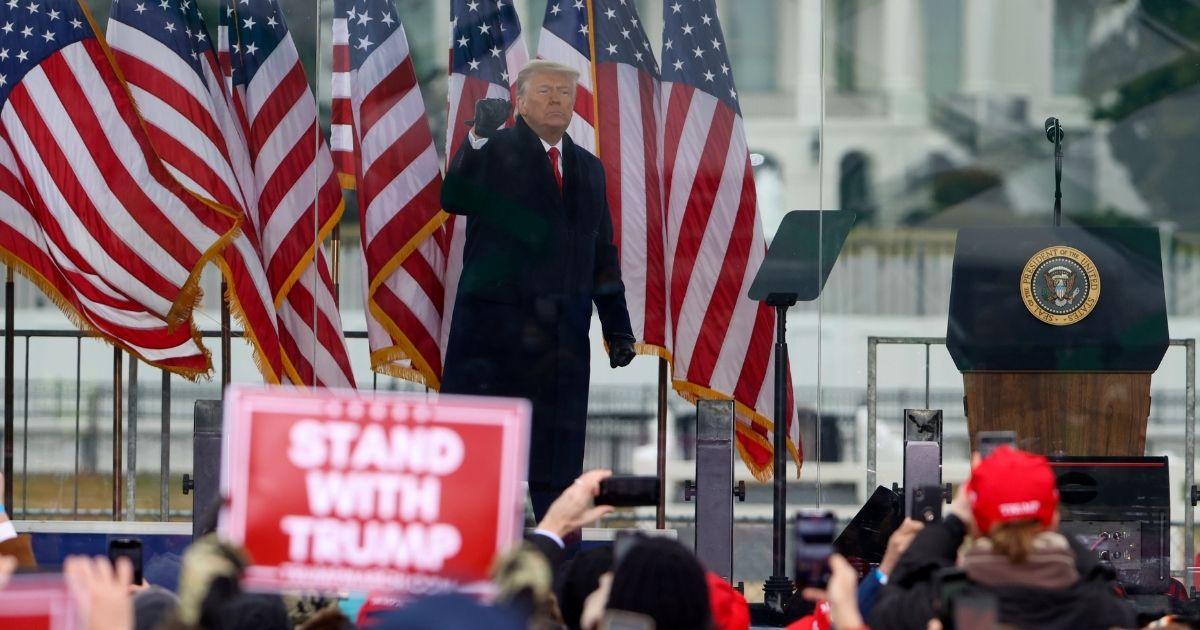 As House Speaker Nancy Pelosi ramps up the pressure on President Donald Trump to resign, indications from within the White House is that amid the disarray of the post-riot White House, defiance will win the day.

“It is the hope of members that the president will immediately resign,” Pelosi said Friday, according to The New York Times. “But if he does not, I have instructed the Rules Committee to be prepared.”

House Democrats have said they could vote on impeaching Trump as soon as mid-week.

Senate Majority Leader Mitch McConnell has said a Senate trial on impeaching Trump is unlikely to be held until after President-elect Joe Biden takes office.

The signals from the White House suggest Trump will not go gently into any political night.

“Twitter has gone further and further in banning free speech, and tonight, Twitter employees have coordinated with the Democrats and Radical Left in removing my account from their platform, to silence me — and YOU, the 75,000,000 great patriots who voted for me,” Trump tweeted, according to TechCrunch.

In its reporting of what was taking shape behind the scenes, The New York Times said that in conversations with aides, “Mr. Trump struck a defiant tone, insisting that he would remain a potent force in American politics as aides and allies abandoned him and his post-presidential prospects turned increasingly bleak.”

“Behind closed doors, he made clear that he would not resign and expressed regret about releasing a video on Thursday committing to a peaceful transition of power and condemning the violence at the Capitol that he had egged on a day before,” the Times wrote.

Should President Donald Trump remain in office for the final few days of his term?

A report in The Daily Beast said Trump loudly proclaimed his intention to remain in office on Friday.

The report also noted that Trump, shorn of his social media accounts as a vehicle to get his message across, may turn to media interviews in the comping week to speak about his legacy.

In the video message posted Thursday night, Trump had said, “America is and must always be a nation of law and order, the demonstrators who infiltrated the Capitol have defiled the seat of American democracy. To those who engaged in the acts of violence and destruction. You do not represent our country. And to those who broke the law. You will pay.”

According to ABC, that video was prompted by the urgings of Ivanka Trump and her husband, Jared Kushner, who believed the president needed to repudiate the violence committed in his name on Wednesday. ABC cited as its sources “people familiar with their involvement.”

RELATED: House Dems Wonder if Capitol Incursion Was Inside Job

ABC also said Trump had been advised to record that video by the White House counsel’s office.

Trump has had no public events since the rioting. A weekend trip to Camp David had been planned but was canceled, according to ABC who quoted what it said was a White House official as saying.

“The entire Washington establishment is poised. They are recoiling in fear. They are cowering in fear in the corners. They are scared to death of Donald Trump. They are scared to death of you. You have been defeated. You have been vanquished. Donald Trump has been vanquished. But he hasn’t left. He hasn’t left town. He hasn’t apologized. He hasn’t said he won’t do it again, whatever it is, and they’re gonna be like this — do you understand? — for the next 12 days,” Limbaugh said on his Friday show, according to his website.