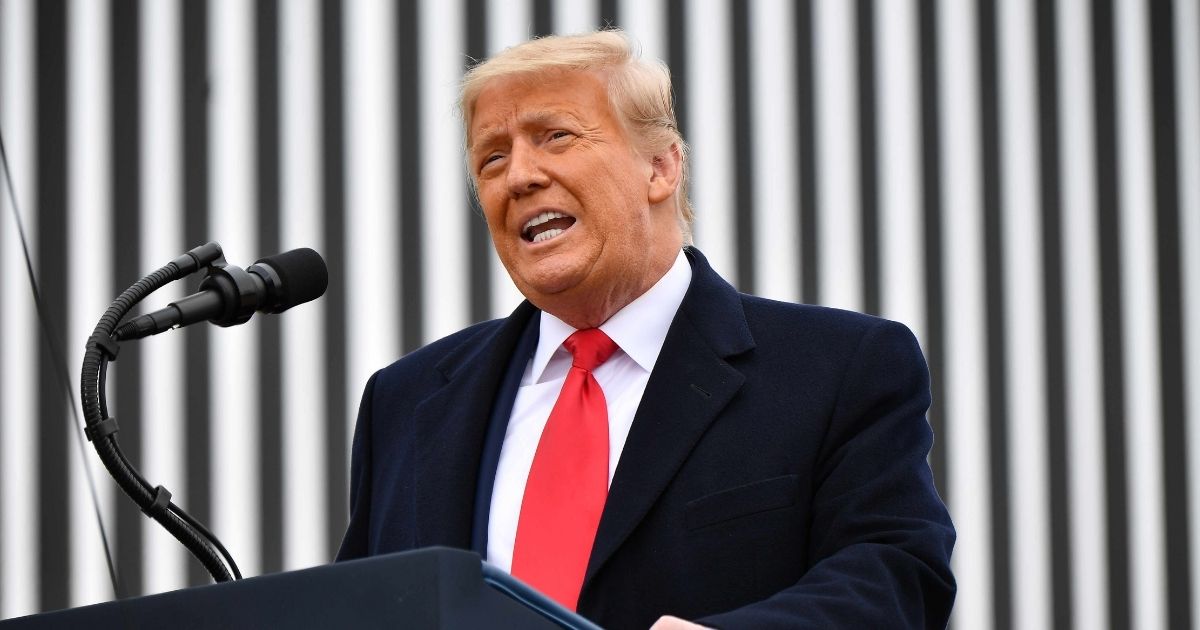 Minutes after the Senate acquitted him in his second impeachment trial, former President Donald Trump was looking to the future.

“Our historic, patriotic and beautiful movement to Make America Great Again has only just begun,” Trump said in a statement issued after the 57-43 vote in which Democrats failed in their effort to convict Trump on a charge that he incited insurrection on the day of the Capitol incursion.

“In the months ahead I have much to share with you, and I look forward to continuing our incredible journey together to achieve American greatness for all of our people. There has never been anything like it!” the former president added.

“We have so much work ahead of us, and soon we will emerge with a vision for a bright, radiant, and limitless American future,” Trump said.

His statement thanked “my team of dedicated lawyers and others for their tireless work upholding justice and defending truth.”

“My deepest thanks as well to all of the United States Senators and Members of Congress who stood proudly for the Constitution we all revere and for the sacred legal principles at the heart of our country,” Trump said.

The former president said the rule of law is a cherished part of America’s democracy, and should not be trampled upon in a partisan hunt for political vengeance.

Was the Senate correct not to convict former President Donald Trump?

“Our cherished Constitutional Republic was founded on the impartial rule of law, the indispensable safeguard for our liberties, our rights and our freedoms,” he said.

“It is a sad commentary on our times that one political party in America is given a free pass to denigrate the rule of law, defame law enforcement, cheer mobs, excuse rioters, and transform justice into a tool of political vengeance, and persecute, blacklist, cancel and suppress all people and viewpoints with whom or which they disagree.

“I always have, and always will, be a champion for the unwavering rule of law, the heroes of law enforcement, and the right of Americans to peacefully and honorably debate the issues of the day without malice and without hate.”

Trump suggested the tactics of his opponents have been a unique form of persecution.

“This has been yet another phase of the greatest witch hunt in the history of our Country. No president has ever gone through anything like it, and it continues because our opponents cannot forget the almost 75 million people, the highest number ever for a sitting president, who voted for us just a few short months ago,” he said.

“I also want to convey my gratitude to the millions of decent, hardworking, law-abiding, God-and-Country loving citizens who have bravely supported these important principles in these very difficult and challenging times,” Trump added.

“Together there is nothing we cannot accomplish,” he said.

“We remain one People, one family, and one glorious nation under God, and it’s our responsibility to preserve this magnificent inheritance for our children and for generations of Americans to come. May God bless all of you, and may God forever bless the United States of America.”

Many Trump supporters celebrated the verdict:

.@LindseyGrahamSC says he spoke to President Trump last night– adding that the former president is eager to build up the GOP and get out on the trail in 2022 to flip The House and Senate. #FoxNewsSunday

“This was a difficult period of time for our country and myself, Mr. van der Veen, and the other members of the team are extraordinarily gratified that the United States Senate decided as they did to protect our Constitution, way of life, and not go down the road of endless impeachments,” Bruce Castor, a Trump attorney, said Saturday, referencing fellow attorney Michael van der Veen, according to The Epoch Times.