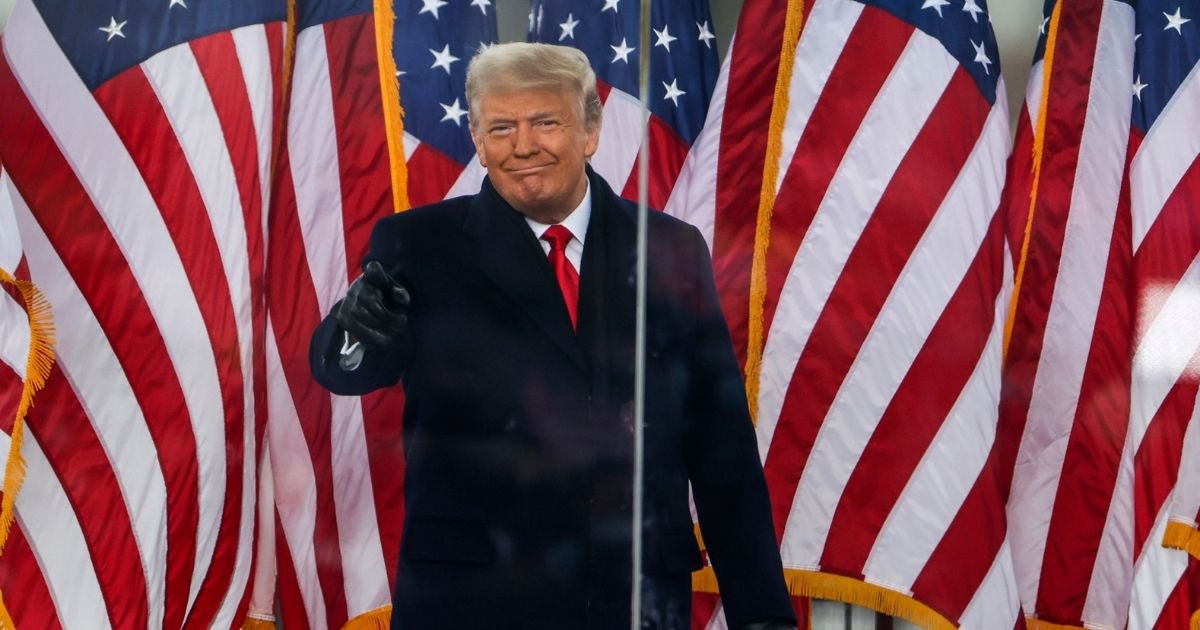 President Donald Trump is considering moving to another social media platform or creating his own after he was permanently banned from Twitter Friday.

“As I have been saying for a long time, Twitter has gone further and further in banning free speech, and tonight, Twitter employees have coordinated with the Democrats and the Radical Left in removing my account from their platform, to silence me — and YOU, the 75,000,000 great patriots who voted for me,” Trump tweeted from the @Potus Twitter account, according to Fox News.

“Twitter may be a private company, but without the government’s gift of Section 230 they would not exist for long.”

The tweets were quickly deleted because Twitter does not allow banned individuals to tweet from alternate accounts, Tech Crunch reported.

The president added in follow-up tweets — which were also deleted — that he is looking into joining a new platform or creating his own.

“We have been negotiating with various other sites, and will have a big announcement soon, while we look at the possibilities of building out our own platform in the near future,” Trump tweeted.

“We will not be SILENCED! Twitter is not about FREE SPEECH. They are all about promoting a Radical Left platform where some of the most vicious people in the world are allowed to speak freely. Stay Tuned!”

“As we’ve said, using another account to try to evade a suspension is against our rules,” a Twitter spokesperson told TechCrunch.

“We have taken steps to enforce this with regard to recent Tweets from the @POTUS account. For government accounts, such as @POTUS and @WhiteHouse, we will not suspend those accounts permanently but will take action to limit their use.”

Many people predicted that Trump would join Parler, a conservative social media app, after he was suspended from Twitter.

However, the site was removed from the Google Play Store Friday afternoon and the company has said Apple had threatened to suspend them from the App store as well, according to Tech Crunch.

“We’re aware of continued posting in the Parler app that seeks to incite ongoing violence in the U.S.,” a Google spokesperson said.

“We recognize that there can be reasonable debate about content policies and that it can be difficult for apps to immediately remove all violative content, but for us to distribute an app through Google Play, we do require that apps implement robust moderation for egregious content. In light of this ongoing and urgent public safety threat, we are suspending the app’s listings from the Play Store until it addresses these issues.”

An email obtained by Buzzfeed News said that Apple wrote to Parler’s executives about complaints that their service had been used to plan the incursion on the Capitol Wednesday and requested a “moderation improvement plan” to be sent to them within 24 hours.

“We will not cave to pressure from anti-competitive actors!” Parler CEO John Matze wrote on Parler. “We will and always have enforced our rules against violence nad illegal activity. But we WONT cave to politically motivated companies and those authoritarians who hate free speech!”

Gab, another Twitter alternative, had also seen record traffic to its site since the president’s ban from Twitter, according to Fox News.