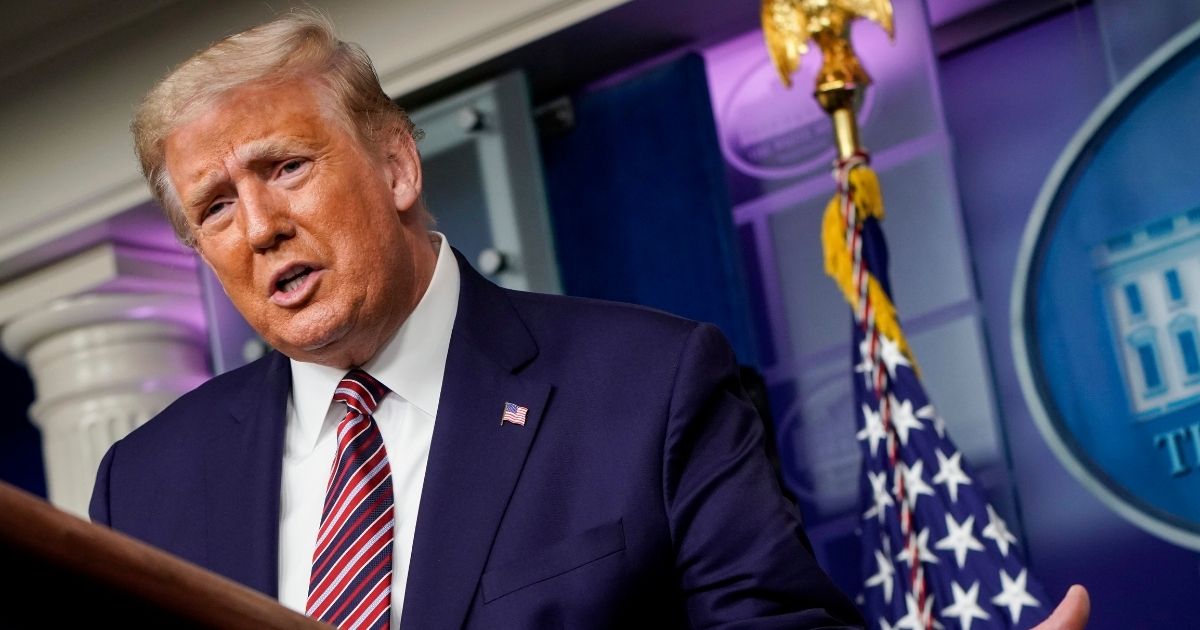 One of the establishment media’s favorite methods to try and discredit President Donald Trump is by using the term “without evidence” when reporting stories.

Or this one, which CNN published last month to discredit the president: “Trump, without evidence, accuses FDA of delaying coronavirus vaccine trials and pressures agency chief.”

Or this Washington Post story from two weeks ago, which is predictably headlined, “Trump says, without evidence, every American will get coronavirus vaccine by April.”

The language here is meant to discredit the president through the headline before the story has even been read.

TRENDING: Driver Who Allegedly Rammed Pro-Trump Crowd Prayed To Go Out a Martyr, Posts Link Her to ‘Caravan 4 Peace’ Group

Examples of this go on and on.

The establishment media attempts to bias casual readers against Trump before they’ve even clicked.

New York Times reporter Micheal D. Shear complained in an article published on Aug. 3 that “[t]he president has been raging against voting by mail for several months, claiming without evidence that the process is plagued by fraud.”

Rational people can see that claims of voter fraud and the USPS continue to pile up, despite the media’s best efforts.

Do you believe that the country can hold a fair election with millions of unsolicited ballots being sent through the mail?

It’s also clear for people with uncommonly good sense that mailing out blank ballots in a system with little to no accountability for authentication is a recipe for disaster.

The addition of millions of unsolicited mail-in ballots in the 2020 election creates a recipe for fraud, and on Sunday, Trump offered his “without evidence” detractors in the media plenty of evidence of that.

Speaking at the White House, Trump cautioned, “We are gravely concerned about the Democrat assault on election integrity.”

The president then cited seven specific examples of recent issues with mail-in ballots, according to an official White House transcript of his remarks.

In a May special election in New Jersey, 20 percent of ballots were thrown out, and four people face voter fraud charges stemming from mail-in ballots.

A week after Pennsylvania’s primary, half of the counties are still counting ballots.

Trump also reminded the media of last week’s discovery of military ballots which were thrown out like trash.

“All of the recovered ballots — these were ballots that were thrown out — had been cast for a person named Donald J. Trump,” the president said.

In North Carolina, thousands of voters have reported receiving two ballots in the mail.

“I hear it’s thousands, but they’re getting two ballots. I wonder if those are Democrat areas, because the word is they are,” he said.

Trump also noted, “In Wisconsin, three trays of mail containing absentee ballots were found in a ditch; they were thrown in a ditch. Three trays. That’s a lot.”

There is also of course the issue of the 2020 Democratic Iowa Caucuses, of which Trump said, “They still don’t really know who the winner is … I think they called somebody eventually but it was many, many, weeks later.”

How is all of that for evidence?

Many people are already using mail-in and absentee ballots, so the election is already underway.

But the establishment media and its antagonistic reporters and editors refuse to acknowledge the glaring weaknesses with mail-in ballots, and they don’t want us to see them either.

If the country had an honest media with an interest in telling the truth, or with reporting objectively, the president wouldn’t have to do its job.

In a sane world, the media — not the president — would be reporting on the aforementioned issues.

But it is unfortunately up to Trump and Republicans to continue to warn that mail-in ballots pose a grave danger to the integrity of the election.

Trump, with evidence, is sounding the alarm the loudest.