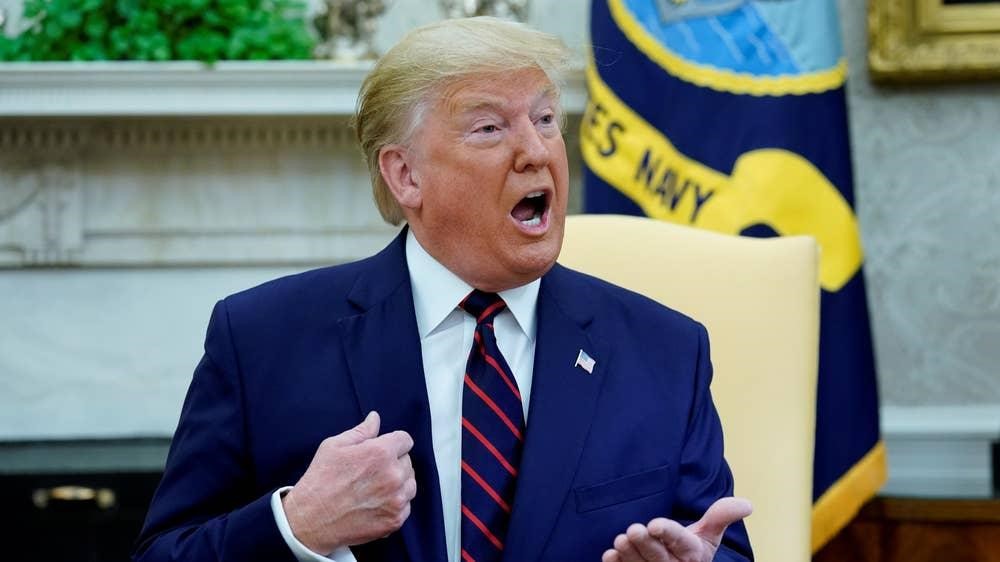 US President Donald Trump, still recovering from his COVID-19 infection, participated in a conference call Tuesday. He talked with top Republican lawmakers, including Senate Majority Leader Mitch McConnell, House Minority Leader Kevin McCarthy, and Treasury Secretary Steven Mnuchin on the next round of potential stimulus in negotiations with Democrats.

Until now, the President had relied on Mnuchin and White House Chief of Staff Mark Meadows to lead talks on this matter. Trump tweeted that he has asked his representatives to stop negotiating until after the election. In response, the Dow Jones fell 500 points almost immediately.

According to Trump, Nancy Pelosi is asking for $2.4 trillion to bail out badly run and high crime Democratic states. The money is in no way related to COVID-19.

Trump believes a very generous offer of 1.6 trillion dollars was offered. Moreover, the bill received approval by the Democrats in Congress last week.

That is why Trump has decided to stop negotiating until after the elections on November 3. According to the Republican, an important stimulus bill would be approved to focus on American workers and small businesses after his victory.

The White House tenant, however, asked the Senate leader to devote all of his time now to the potential confirmation of Trump’s Supreme Court nominee, Justice Amy Coney Barrett. Trump believes that the US economy is doing very well; the stock market is high, and jobs are recovering at a record pace. We are leading the world in economic recovery, and the best is yet to come, he stressed on Twitter.

The House of Representatives ask for a larger fiscal stimulus

Democrats in the House of Representatives approved last Thursday with 214 votes in favor. Contrarily, there were 207 against a bill worth 2.2 trillion dollars in additional stimulus. Pelosi issued a statement on Tuesday about the need for a more significant fiscal stimulus. She insisted that immediate measures are necessary. Specifically, to avoid the economic catastrophe due to the devastation resulting from the coronavirus pandemic.

Jerome Powell, the Federal Reserve president, also pressured legislators to approve more financial aid as soon as possible so that the recovery continues.

Powell stated that even if political actions eventually become larger than necessary, they will not be wasted. The economic recovery will be stronger and move faster. But only if monetary and fiscal policy continue to work together to support the economy until it is clearly out of danger.