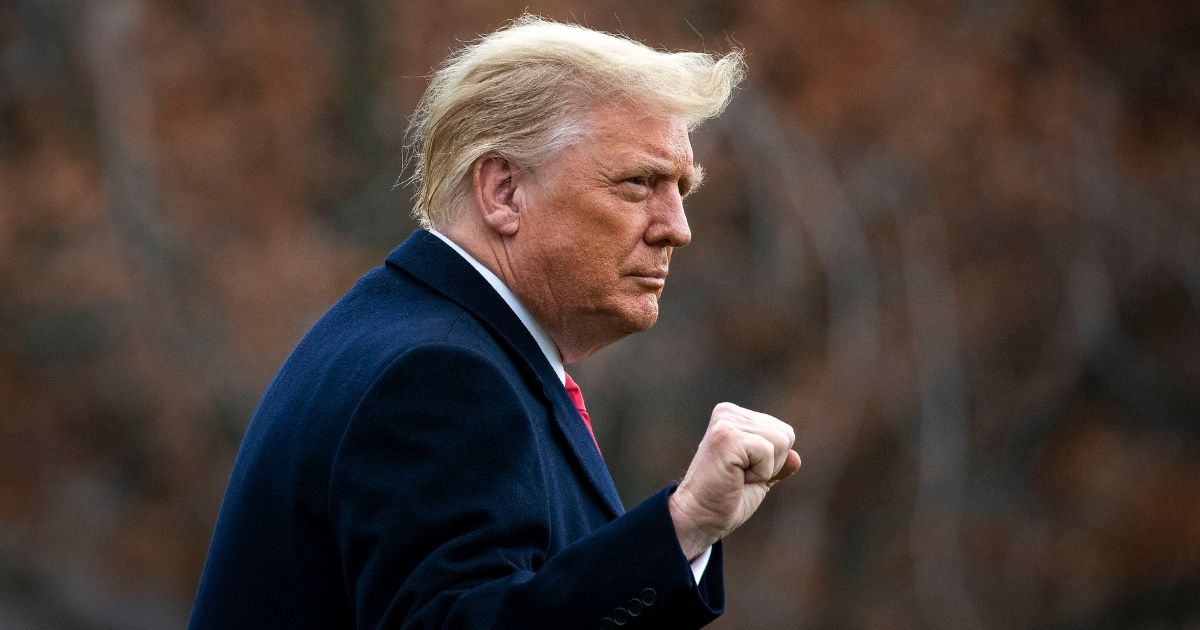 President Donald Trump’s campaign on Sunday filed an appeal to the U.S. Supreme Court asking the high court to hear its bid to reverse Pennsylvania state Supreme Court rulings that have upheld what the campaign argues was unconstitutional conduct by Pennsylvania officials.

Trump has waged an unprecedented effort to fight back against the results of the Nov. 3 election.

Although the Electoral College has declared Democratic nominee Joe Biden the winner of the Nov. 3 presidential election, the Trump campaign has insisted that there has been voter fraud in states that include Arizona, Nevada, Georgia, Michigan and Wisconsin, as well as Pennsylvania.

Despite multiple claims of voting irregularities, proof has yet to surface that there was a widespread effort to distort the voting process in such as way that would have altered the final results of the presidential election. Numerous affidavits testifying to various types of election fraud have been filed in courts in several swing states. These affidavits indicate that those who witnessed conduct believe that fraud took place, but the allegations have yet to be proven through either the courts or law enforcement.

As Fox News reported, Sunday’s petition seeking to have the court hear the case claims Pennsylvania officials broke their own laws during the election.

“In October 2019, the Legislature of the Commonwealth of Pennsylvania allowed for no-excuse mail voting for every eligible voter in the state, but it kept in place long-standing validation and observer requirements to protect against fraud in the casting and canvassing of mail ballots,” the petition stated.

Pennsylvania officials, “altered or dispensed with those significant ‘meaningful safeguards’ in the recent General Election,” the petition said.

“The effect of these illegal and unconstitutional changes to state election law affected enough ballots to alter the results of the election,” the petition states.

The petition said that state officials opened the gates for fraud through their actions.

Do you think Trump still has a chance to win the 2020 election?

“Collectively, these three decisions resulted in counting approximately 2.6 million mail ballots in violation of the law as enacted by the Pennsylvania Legislature. According to public reports, without these protections, the resulting disqualification rate of invalid ballots was anemic — meaning over 110,000 invalid ballots were illegally counted —more than enough to have affected the outcome of the election, where the margin between the two principal candidates for President currently stands at 80,558,” the petition states.

“Our constitutional republic has endured for nearly two and a half centuries based on the consent of the governed. That consent is grounded in the confidence of our people in the legitimacy of our institutions of government. But that legitimacy can only be sustained if the elections through which the sovereign people determine the direction of their government are free and fair,” the petition read.

“Fortunately, the Framers of our Constitution built a remedy for such concerns into the system, namely, an independent federal judiciary, free of the passions of politics, which can review dispassionately even intense controversies such as those swirling around this election. It is therefore the most solemn duty of this Court to objectively review the facts and legal issues presented by the Petitioner in this historic case, render judgment upon the unconstitutional actions that occurred in Pennsylvania, and restore the confidence of all Americans that the rule of law will be upheld today and that our elections in the future will be secure,” the petition said.

A motion filed by the campaign seeks a speedy review, noting “time is plainly of the essence because once candidates have taken office, it will be impossible to repair election results tainted by illegally and belatedly cast or absentee and mail ballots.”

The motion further states that “if this matter is not timely resolved, not only Petitioner, but the Nation as а whole may suffer injury from the resulting confusion. Indeed, the intense national and worldwide attention on the 2020 Presidential election only foreshadows the disruption that may well follow if the uncertainty and unfairness shrouding this election are allowed to persist.”

“Donald J. Trump for President, Inc., President Trump’s campaign committee, today filed a petition for writ of certiorari to the US. Supreme Court to reverse a trio of Pennsylvania Supreme Court cases which illegally changed Pennsylvania’s mail balloting law immediately before and after the 2020 presidential election in violation of Article II of the United States Constitution and Bush v. Gore. This represents the Campaign’s first independent U.S. Supreme Court filing and seeks relief based on the same Constitutional arguments successfully raised in Bush v. Gore,” the statement declares.

“This petition follows a related Pennsylvania case where Justice [Samuel] Alito and two other justices observed ‘the constitutionality of the [Pennsylvania] Supreme Court’s decision [extending the statutory deadline for receipt of mail ballots from 8 pm on election day to 5 pm three days later] … has national importance, and there is a strong likelihood that the State Supreme Court decision violates the Federal Constitution.

“The Campaign’s petition seeks to reverse three decisions which eviscerated the Pennsylvania Legislature’s protections against mail ballot fraud, including (a) prohibiting election officials checking whether signatures on mail ballots are genuine during canvassing on Election Day, (b) eliminating the right of campaigns to challenge mail ballots during canvassing for forged signatures and other irregularities, (c) holding that the rights of campaigns to observe the canvassing of mail ballots only meant that they only were allowed to be ‘in the room’ – in this case, the Philadelphia Convention Center – the size of several football fields, and (d) eliminating the statutory requirements that voters properly sign, address, and date mail ballots,” the statement said.

“The petition seeks all appropriate remedies, including vacating the appointment of electors committed to Joseph Biden and allowing the Pennsylvania General Assembly to select their replacements. The Campaign also moved for expedited consideration, asking the Supreme Court to order responses by December 23 and a reply by December 24 to allow the U.S. Supreme Court to rule before Congress meets on January 6 to consider the votes of the electoral college.”