Home Daily News Transparency? Psaki Does Everything She Can to Avoid Revealing if Biden Saw... 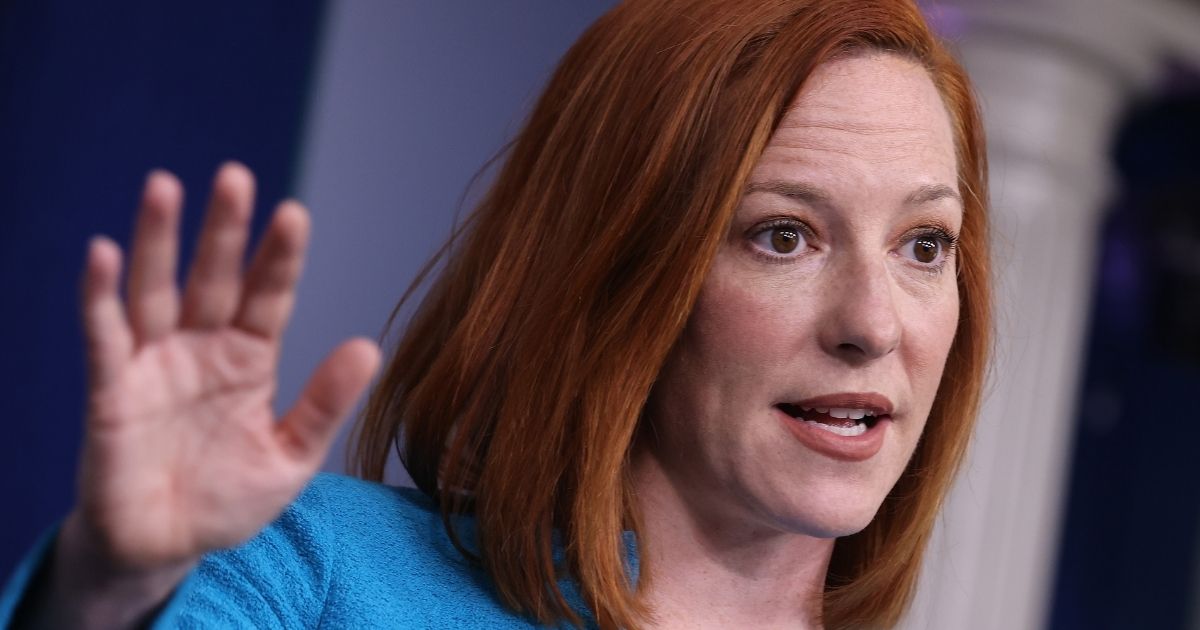 Did President Joe Biden see a doctor after he stumbled and fell while trying to board Air Force One last week?

There are two answers to this: yes and no. There isn’t an in-between answer; any kind of dithering is almost certainly a yes.

Thus, the fact that White House press secretary Jen Psaki did pretty much everything to avoid answering the question when it was posed by reporters Monday raised a few eyebrows.

Now, before we begin, it’s worth noting I’m not of the opinion there’s any big deal to be made about Biden’s fall on the steps of Air Force One at Joint Base Andrews on Friday. I hesitate to use the word “funny,” because a 78-year-old man taking a fall on a staircase isn’t particularly humorous, but as a political diversion, it got us through the weekend.

For instance, the best sort of take is something like conservative media personality Ashley St. Clair’s:

Joe Biden vs his biggest opponent yet… stairs. pic.twitter.com/3rczYVBGRw

And then there were those such as Turning Point USA’s Charlie Kirk, who read quite a bit too much into it:

If China wasn’t laughing at us before, they are now.

Perhaps I’m mistaken, but I doubt this was the point Xi Jinping started realizing the Biden administration was a farce.

Whatever the case, the president either saw a doctor after the fall or he didn’t. Psaki came up with an impressive array of ways not to answer several separate questions about it during her news briefing at the White House.

First question: “First off, before I get to my other questions, just checking on the president. He fell going up the steps to Air Force One on Friday. Is he doing OK?”

“He’s 100 percent fine. I don’t know if you’ve been up those steps,” Psaki said. “They’re a little tricky sometimes, but he’s doing great.”

“Um, I’m not aware of that being required,” Psaki said. “There’s, of course, a doctor who travels with the president, any president of the United States, but I’m not aware of it needing actual extensive medical attention.”

The reporter who asked that question moved on to questioning about the border — the one time Psaki might seem to welcome that line of thought — but someone piped in and said that wasn’t a no.

“It wasn’t ‘no’? Well, I’m not trying to be — there’s a doctor who travels with him,” she said. “He was walking around as you all saw by the end of the day, so I’m just trying to be completely transparent.

“He’s absolutely fine, as he was on Friday, was this weekend. He spent the weekend at Camp David. He’s good.”

Again, not a no. And perhaps most importantly, not transparent.

Remember how transparency was supposed to be a hallmark of the new administration, particularly in regards to Psaki?

Trump once held a glass of water with two hands and the mainstream media ran endless pieces on how he was unfit for office.

If this had been Donald Trump, this would have been discussed ad nauseam. Do you think you’ve seen this clip a few too many times? If this were Trump, it would be on a 24-hour loop on CNN. Brian Stelter would be talking about how Kayleigh McEnany needed to be more transparent about whether he saw a doctor or not. Her refusal to answer would be a huge deal.

In neither case should a president’s staircase woes be a major story. The White House press secretary’s refusal to say whether he saw a doctor about it, however, should be. And yet, no one cares.